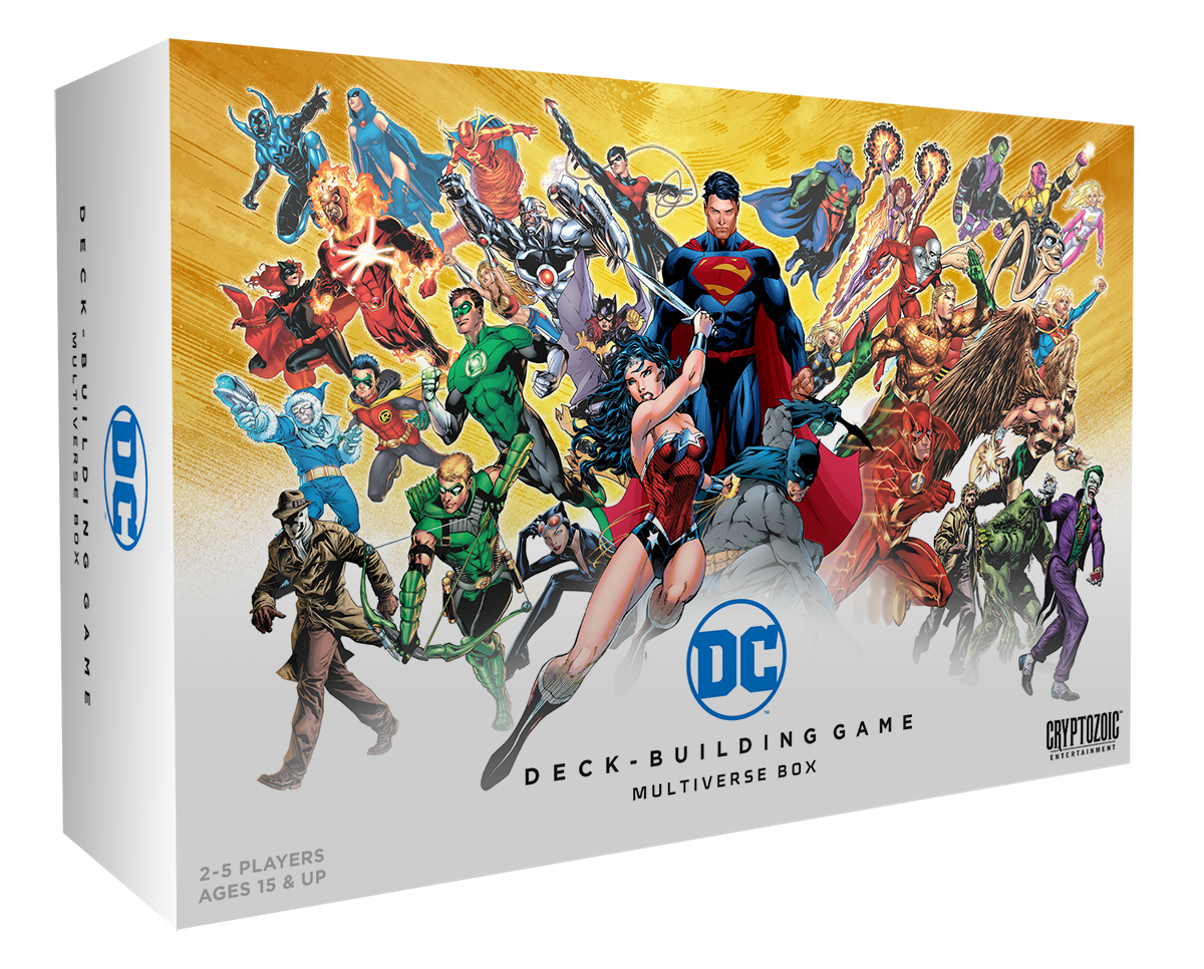 Cryptozoic, in conjunction with Warner Bros. Consumer Products, has announced the release of two new sets for their DC Deck-Building Games. The first is a Multiverse Box set which is available now at most retailers for a SRP of $25. The Multiverse Crossover Pack expands gameplay by adding a second Line-Up of five cards, allowing players to build up their decks more easily than ever before. Built using a card set determined by the Randomizer deck, this new Event Line-Up does not refill like the main deck Line-Up does. Instead, when the last card in the Event Line-Up has been removed, a new Event card is flipped face up, creating a new five-card Line-Up from a different random set. The old Event goes away, and a new Ongoing effect is active while these new five cards are around. There are three new DC Super-Villains in the Multiverse pack: Brainiac, Telos, and Deimos. A player can end the game by being the last man standing (he or she wins!) or by defeating Deimos (highest Victory Point total wins). Note that there is no player elimination in this game.

The second set is a Crossover Pack featuring the Birds of Prey. This set is also available now with a SRP of $13.

Each player chooses a Birds of Prey Super Hero to play as—Oracle, Black Canary, Huntress, Catwoman, Katana, or Batwoman—and then they shuffle in the pack’s 23 new main deck cards into any DC Deck-Building Game base set, instantly adding all-new Equipment, Villain, Hero, Super Power, and Location cards. The pack even comes with eight Super-Villains for the Birds of Prey to battle.

With the “Rotated Cards” mechanic, certain card effects allow players to rotate their cards. There are many bonuses simply for controlling rotated cards, making Ongoing cards especially beneficial since they maintain their rotated status. Moreover, some Ongoing cards generate a large bonus when they rotate for a fourth time, returning upright.