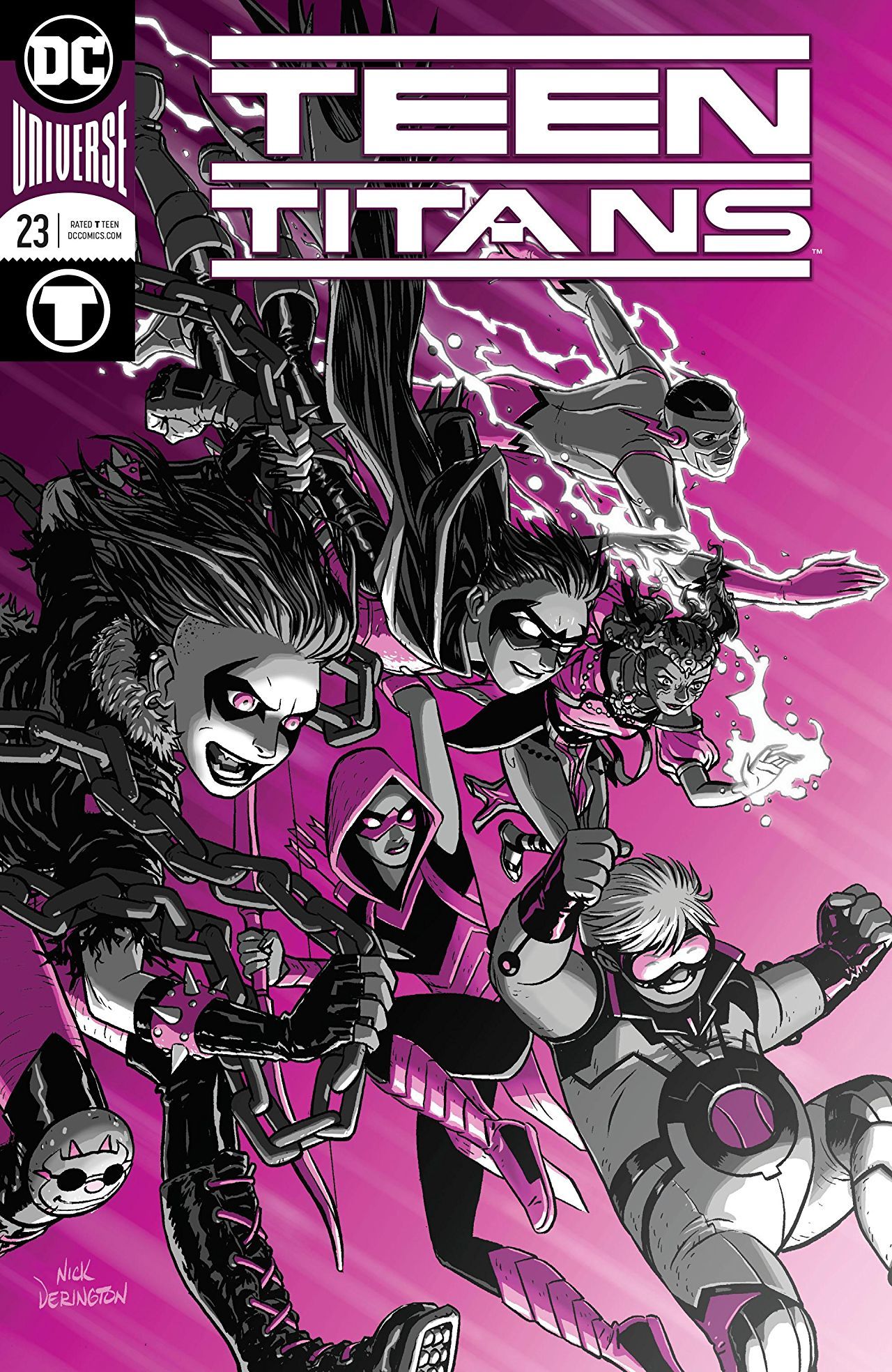 Overview: Roundhouse returns and the Teen Titans pursue an assassin that brings them a little closer to the mysterious entity known as The Other.

Synopsis (spoilers ahead): In Gotham City, in front of the GCPD, Commissioner Gordon appears to get shot.

Meanwhile, at Roundhouse’s parents’ house, Kid Flash demands to know why Roundhouse let everyone think he was dead. Roundhouse says it’s because he didn’t think anyone would miss him since he never felt like a part of the team and that he was grounded.

Kid Flash grabs Roundhouse and speeds to Gotham when he gets news of Gordon being shot. They find out that it’s Djinn conjuring an illusion of Gordon and that the real Gordon is safe. They disappear to an alleyway where Djinn returns to her normal form and informs them that the rest of the team is tracking the assassin.

They join the rest of the team on a rooftop and Roundhouse makes a dramatic entrance to announce his return. Everyone is happy to see him alive and Robin gives him a communicator to officially make him part of the team. Roundhouse’s enthusiasm for receiving this gift gives away their position to the assassin on the street below. The Teen Titans pursue and Crush uses particularly reckless methods. The assassin, Lady Vic, gets away as Robin makes a daring but ultimately needless attempt at saving Djinn’s life.

The Teen Titans separate into smaller teams to close in on the building Lady Vic is hiding in. Red Arrow privately lectures Djinn about not distracting Robin because he needs to be focused. The team finally reconvenes outside the room Lady Vic is hiding in. As they enter, they find Lady Vic dead and nailed to the wall along with claw marks of The Other and the word “boom” spray painted over everything. The building they are in then explodes.

Analysis: The team really seems to be coming together now. There have been a few hiccups along the way, but that’s to be expected with a group of teenagers on their own. Roundhouse is still a hit or miss character for me, but he’s slowly growing on me. I find some of his dialogue to be funny but some of it comes off as trying a bit too hard. I really liked his sense of insecurity with his place on the team. It can be hard to fit into groups as a teenager and I think Glass does an excellent job of portraying this with Roundhouse. Something as small as the team not following him back on social media can have a big impact on if he feels accepted by them. Also, as someone who was also raised by Asian parents, I found Roundhouse talking about his dad being mad about the AC being let out of the house to be hilarious because it’s so true.

Speaking of parents, there’s a moment when Roundhouse rejoins the team where they all sort of bond over the realization that they’re all struggling with something related to their upbringing. I feel like that moment was brief, but brought them all a little closer together. I’m still not entirely sold on the Robin and Djinn dynamic. I also would have preferred if Red Arrow talked to Robin about it first before getting upset with Djinn. If Robin is the leader and the one being distracted, it should be his responsibility to ensure he stays focused.

I love the colors and inking in this issue but I’d like an explanation at some point for why Roundhouse is neon blue. Chang continues to do a good job with the art and I really like the use of the mini panels at the edge of the page during action sequences to change the pacing a little bit.

I’m interested to see where this series goes because I feel like we are just scratching the surface with all these characters. There’s still a lot of tension simmering beneath the surface. The team still doesn’t know about Robin’s secret prison and we don’t know much about Crush or Djinn’s origins. Some of these revelations could potentially present more adversity that upsets the fragile peace on the team right now. Oh, and the mystery of The Other is still looming. I think there are exciting times ahead for this group.

Final Thoughts: A very fun issue that explores how a team of young people can come together and grow collectively.