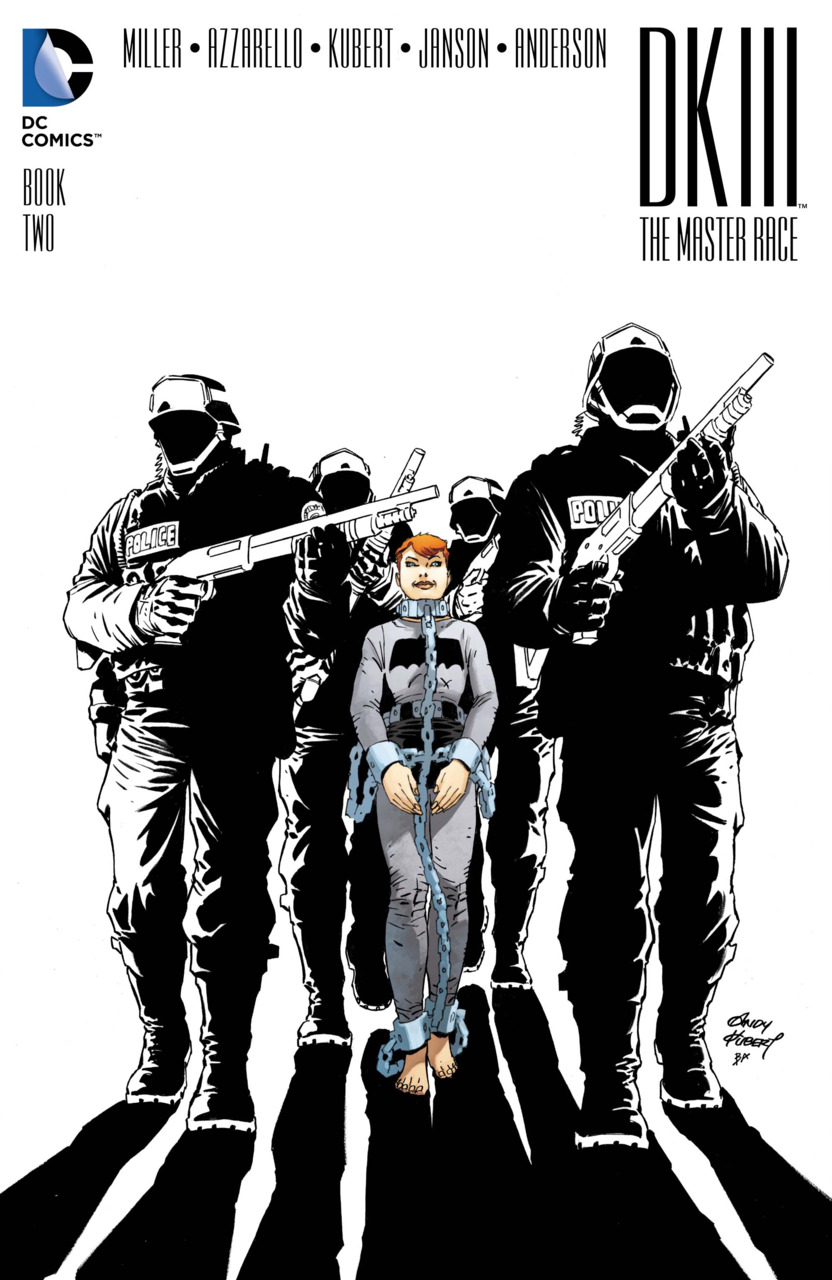 THE PLOT: Commissioner Yindel interrogates Carrie Kelley on the last days of the Batman. Later during a transport, Carrie is sprung free by the Batmobile and returns to the Batcave to meet a still-alive Bruce Wayne. Meanwhile Ray Palmer a.k.a. the Atom was duped into freeing Kandorians from their bottled city prison, and in turn let loose a clan of despots who turn on him and Kandor and want to rule the world.

MY THOUGHTS: Nothing much is still happening in this issue, but it’s better paced and more interesting to read. Andy Kubert delivers yet another “Death of Batman” scene (considering his work on Neil Gaiman’s “Whatever Happened to the Caped Crusader”), and seeing Carrie and Yindel square off was intriguing. There’s legitimate development with the Kandorians, and a number of surprises.

Unfortunately for this comic, it’s still not measuring up to the original work it’s trying so hard to remind the readers of (what with all the variant covers). Some people might argue that comparing this to the original DKR isn’t far, but the fact is that A) no one asked for this and B) there’s too many callbacks to the first DKR to begin with. The main difference that impacts this comic’s effect is that DKR was told in four separate chapters. What I mean is that each chapter told a story in itself that tied up its own loose ends and made the larger collected story that much grander. Because this is being done in 2015, mostly by Brian Azzarello, the modern day comic book sensibilities inhibit the story’s potential, so no matter how well this ends up at the moment, it’s still no Dark Knight Returns.

Dark Knight Returns is a watershed comic in terms of not just Batman but the superhero genre and comic book medium. It can’t be redone and needs no sequels. Thus far, a story about an older Carrie Kelley and renegade Kandorians are not holding any kind of a patch on the stronger concepts DKR brought forth in discussion the nature of vigilantism, psychology, politics both liberal and conservative, and general 1980s paranoia of crime. What is this story doing here? There’s a brief glance at current headlines’ police brutality in the last issue, but that felt almost like an accident.

This story’s focused more on “Where’s our beloved Batman?” It presumes the mood of the reader rather than showing us how we should feel. As it is, this feels like comic book cosplay. It’s trying to be what it can’t, not in this day and age.

It’s not a bad issue. It’s much better in my opinion than issue #1. But if this is going to have the Dark Knight Returns name to it, it might as well be invisible. Nothing here makes it worth reading and acknowledging as being in the same world.