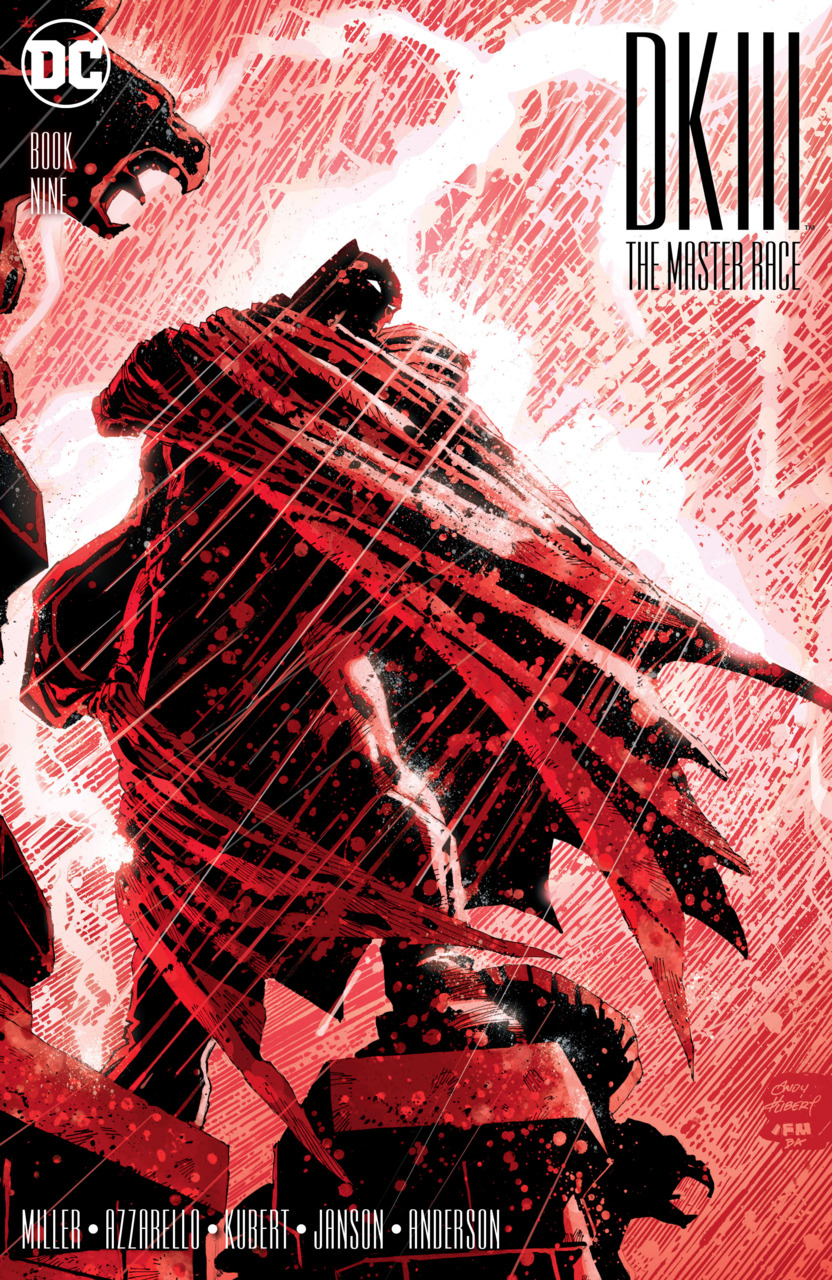 The final issue finds Quar and his army attacking the Earth. Lara is branded a traitor by Quar’s followers and is rescued by Green Lantern. Batman and Batgirl drive through the desert in the Batmobile to face Quar. Batman uses sonics to attack Quar’s army with a swarm of bats which causes the army to panic and take each other out with their heat vision while they try to get their bats off of them. Quar’s army begins to turn on him and Quar and a few of his followers burn them to a crisp with their heat vision. Batman and Batgirl are about to attack but are stopped by Superman who tells them to leave Quar to him. Superman initially takes a beating by Quar and his followers before revealing that he’s been holding back all this time and takes them all down. Quar orders his followers to detonate themselves over the fault line which would destroy the earth which is stopped by the Atom, who reappears and shrinks the explosions down until they are harmless. Quar’s own plans of detonating himself is stopped by Lara who pushes Quar into space where he explodes. The issues main story ends with Batman in the cave at the monitors looking for Superman before heading out on patrol with Carrie, who puts on a new dark costume and announces that she’s now Batwoman and the two head out on patrol.

The backup story: Dark Knight Universe Presents Action Comics # 1, opens with Batman and Batwoman fighting crime on a rooftop. The issue then checks in with the various heroes of the story; Aquaman, Green Lantern, the Flash, Wonder Woman, and the Atom, before closing on Superman and Lara talking about humanity while Superman dresses as Clark Kent, with his daughter putting on her own pair of glasses and asking for her father to teach her about humanity.

It’s clear now that Dark Knight III is a Superman story, not a Batman story. Frank Miller has in the past used Superman as a cynical figure for Batman to kick around in the finally of the Dark Knight Returns and as a more detached God-like figure in the Dark Knight Strikes Again, and this story sees Miller returning Superman to his classic roots, with Superman rediscovering his humanity. It’s fitting that Superman is seen through Batman’s eyes as he’s fighting with Quar’s men, with Batman realizing he’s been wrong about him all this time, which is a nice counterpoint to Batman’s narration in the Dark Knight Returns. Superman’s story has been largely about winning back his daughter and Lara’s turn back to her father is a fitting way to bring Superman back to mankind. I like the idea of Superman teaching humility and humanity to his half-alien/half-god children by bringing back his Clark Kent persona. Batman is clearly not the focus of the story, and in this issue, Batman isn’t really given a lot to do, which is frustrating for a story called “Dark Knight III”. Batman does get a few good moments throughout the story. Miller and Azzarello have decided to give Batman a new beginning in the story, with the Lazarus pit de-aging Batman back to his prime and this issue deals with the fallout of this plot point by making Batman a humbler figure that finds he has a lot to learn, from both Superman and in the final moments, Batwoman. I also enjoyed the call back to the swarm of bats in Year One and the final image of Batman and Batwoman against the lightening is a fun end to the series.

Kubert has done a great job of handling the art chores of the main story and the big set pieces in this final issue are handled well, particularly Superman and Lara fighting the Kryptonians. Frank Miller’s pencils may not be as sharp as they were in the 1980’s but I think its fitting that Miller gets the last word in on this series.

Miller has gone on record as saying that he has another Dark Knight story that he wants to tell, and story points such as returning Batman to his prime certainly point towards setting further stories. That being said, there’s something fitting about Batman returned to his prime and now following the lead of his former student. The backup story does a nice job of leaving the story on a note of hope, with all the heroes no longer hiding and now out in the world, doing what they do best. For a storyteller most famous for introducing “Grim and Gritty” into comics, ending the issue this way is a nice change. While I doubt that the creators are anywhere near finished with these characters, if Frank Miller never returns to the Dark Knight Universe, this would be a good ending… or good enough.