Will the Real DK3 Writer Please Stand Up? 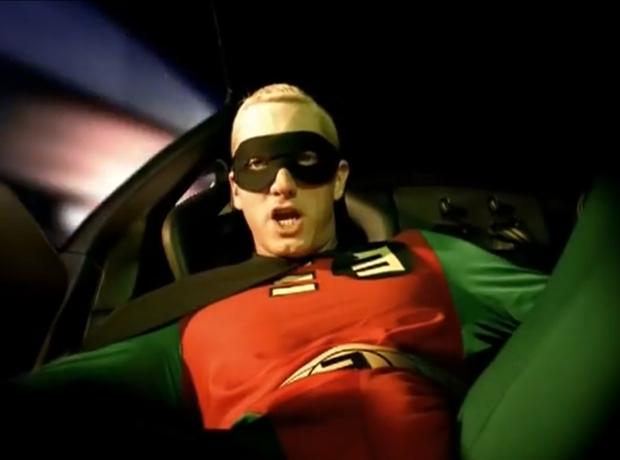 When Dark Knight 3: The Master Race debuted with its first issue last month, it might have easily been the most anticipated single issue of a comic book released by DC in several years.  We’ve already reviewed it here on TBU and covered the first issue on the TBU Comic Cast where the hosts also discussed the potential sales numbers for the issue (and I’m certain to give it plenty of attention when the sales numbers for November are released in my “TBU By the Numbers” series).  But, if you’ve been following the news about this title and its first issue, you probably also saw plenty of news reports about statements that writer Frank Miller made just before the debut of the title and a few things he’s said since then.

In case you haven’t, let me catch you up a bit.  In interviews just before the issue was released he backtracked his involvement with the title giving most of the credit for writing to what we had been led to believe was the co-writer, Brian Azzarello.  Even in an interview that was published on the last page of several issues of other titles which were released on the same day as DK3 #1 (I read this in my issue of Batman & Robin Eternal #8 which was also released on Nov. 25, 2015), Miller is quoted as saying:

This is not my conception, actually – this is Brian’s.  I set up a realm in which Batman would operate and tried to stay true to the character, and Brian is now expanding on the storyline that I introduced.

He also went on to say on that same back-page interview:

You’ve got to understand, DC let me play with their toys, then Brian asked me if he could play with DC’s toys the way I treated them.  No egos were bruised, no feet were stepped on.

This is likely all well and true.  I don’t doubt for a moment that it happened just as Miller described it in that interview and others.  However, that is simply not what we’ve been led to believe as readers, collectors and customers.  On top of that, Miller told some sources in the interviews done just before and after the issue released that he was still intending to write an additional sequel to the Dark Knight series that would be his final contribution and wrap up things how he intends.  He’s even gone so far as to recently allege that he wanted to write a Superman story with Batman as the bad guy (which could very well be this fourth installment).

When you add all of this to the fact that DC has revealed in press releases (and now we’ve seen it in the solicitations for February 2016) that we’re taking a month hiatus into the new DK3 title to do a prequel set in the Dark Knight universe just three issues into the miniseries (as was also recently discussed on the TBU Comic Cast), you begin to see a larger picture of what DC probably intended all along for this series and whatever sequels, prequels, or comics set in the same time they have planned for the future.

Now don’t mistake me as being overly critical of the content itself.  Every incarnation of Batman that has appeared in my lifetime has been shaped by Frank Miller’s vision for the character.  The works that he’s given us (with the potential exception of The Dark Knight Strikes Again on which I tend to agree with the popular opinion that it was strange and eccentric at the very least) are seminal to how we understand the character in a modern context and even retroactively shape our understanding of the character as he was presented in publications predating Miller’s work on Batman.  Frank Miller is easily in the Top 10 Batman writers for anyone who has followed the character and I was thrilled to see him return to the character again after such a long time (and I’m still pretty excited about the possibility of seeing the return of All Star Batman and Robin as well, though it seems to be getting slimmer).  However, none of this changes the fact that the reality of DK3 and all future treatments of the Dark Knight universe simply do not match up with how DC promoted it.

Now, I know I’d likely have bought these new offerings anyway, this may seem like a very finicky (or even downright petty) point to make, but I feel like DC has not been forthright and has almost been intentionally duplicitous in leading me to spend my money on something other than what I thought I was buying.  Given that we saw from the Multiversity series earlier this year that there is a more definite list of the 52 Earths in the Post-Flashpoint universe and that Convergence told us that the first Crisis had been reset and all continuities can exist simultaneously, there would have been nothing wrong with DC essentially telling the readers, “Hey, we want to open of the Dark Knight universe sandbox a bit and let people play around with these characters in new and interesting ways.”  I’d have been the first in line at my LCS to add these new books to my pull list and I suspect many of you would have as well.

But, there is a technical term for when a company advertises one thing and then ends up selling you something else.  It is called a “bait-and-switch.”  And while using such a tactic can even sometimes be against the law, I don’t want to allege that DC did anything quite that questionable.  Yet, even as I was reading the DK3 #1 and am still waiting expectantly and hopefully for all the things this title and other related titles might have to offer and certainly don’t want to dismiss the stories themselves, I can’t help but feel duped.  So, I leave myself still wondering as the title of this rant suggests:

Will the real writer of DK3 please stand up?