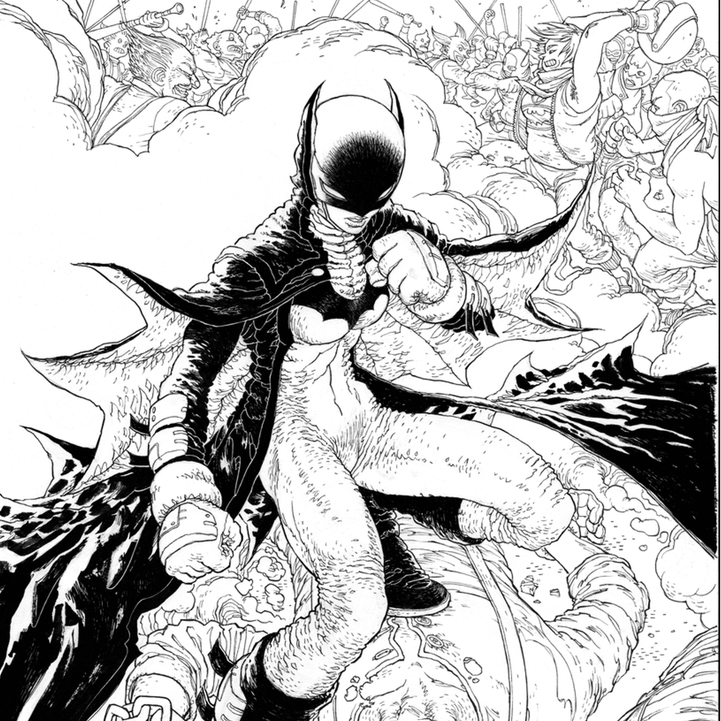 Dark Knight Returns: The Golden Child will be written by Frank Miller and feature art by Rafael Grampa, who was hand-picked by Miller to do the art for the story. Grampa returns for the first time in six years to the world of comics.

The story takes place three years after the events of Master Race, where Batman, Superman, Wonder Woman, Carrie Kelley, and Lara Kent overcame the renegade priest Quar and his cult of Kandorian fanatics in their bid to convert humanity into worshipping them as gods. During this interim, Lara has spent time learning about what it means to be human, while Carrie has grown into her role as Gotham City’s new protector, Batwoman.

When a terrifying evil returns to Gotham City, Lara and Carrie team up to take on this new threat, but this time with a secret weapon—Jonathan Kent. Known as the “Golden Child,” Jonathan possesses power, unlike anything the world has ever seen and could be all that stands in the way of the destruction of Gotham City, as well as the whole planet.

DC has also announced that the forty-eight-page one-shot will have the main cover and a variant by Grampa as well as numerous variants by a variety of artists including Paul Pope, Joelle Jones, Andy Kubert and Miller himself. The issue will be printed under DC’s Black Label. Priced at $5.99, expect it to be in stores December 11.