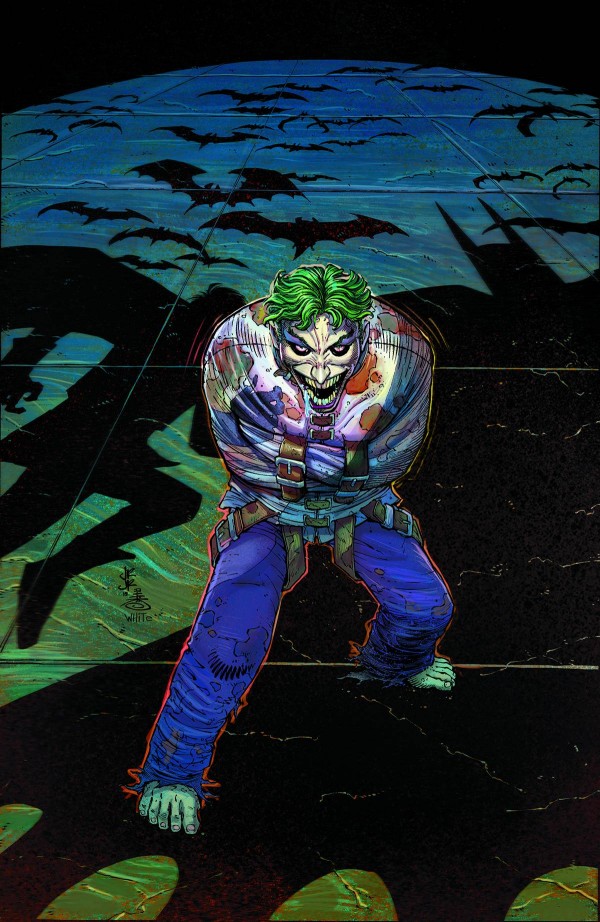 Bleeding Cool is reporting that the one-shot prequel issue to Frank Miller’s The Dark Knight universe ( which was solicited back in November for release in February) has officially dropped both in page count and in price.  Originally the title was going to be 64 pages for $7.99 (12 cents per page).  It is now 48 pages for $6.99 (14.5 cents per page).  Dark Knight: The Crusade is still credited as being written by Frank Miller and Brian Azzarello, with art by John Romita Jr, and others, it will just be a bit shorter and a bit cheaper.

It is also worth noting that the original release date of February 17 has been been moved back as well. Dark Knight III #3 which was supposed to release this month is now scheduled for release in February and the one-shot prequel has been moved to April 20. Issue #4 is currently still scheduled for a mid-March release, but it does seem that the prequel was solicited earlier than it should have since it is now pushed back two months.