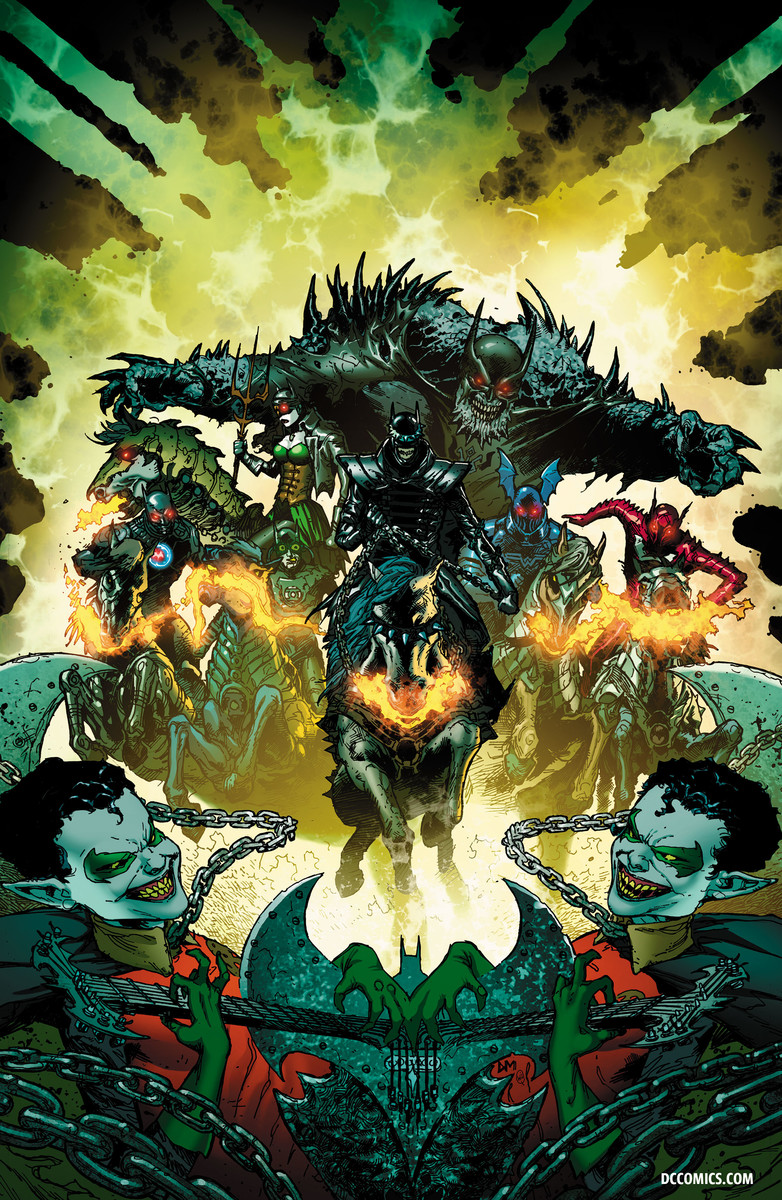 The Dark Knights: Metal event doesn’t look to be slowing down anytime soon as a new one-shot was announced this past weekend at NYCC. Dark Knights Rising: The Wild Hunt will team writers Scott Snyder, James Tynion IV and Joshua Williams along with artists including Doug Mahnke and Ivan Reis. That’s one heck of a creative team!

Set for release in February of 2018, and in the Multiverse world of the Batman Who Laughs, the tale will focus on a team of heroes rising up against his regime. This group is formed for quite an eclectic bunch including Flash, Cyborg, Raven and Detective Chimp. In addition to the announced heroes, The Wild Hunt will also feature an appearance by a group that seems like a no-brainer to be part of the Metal event, the Metal Men. Quite a lot of characters and story to fit into the oversized issue.

Dark Knights Rising: The Wild Hunt is on sale February 14, 2018 for $4.99. The issue will be part of next week’s solicitations as an advanced solicit.