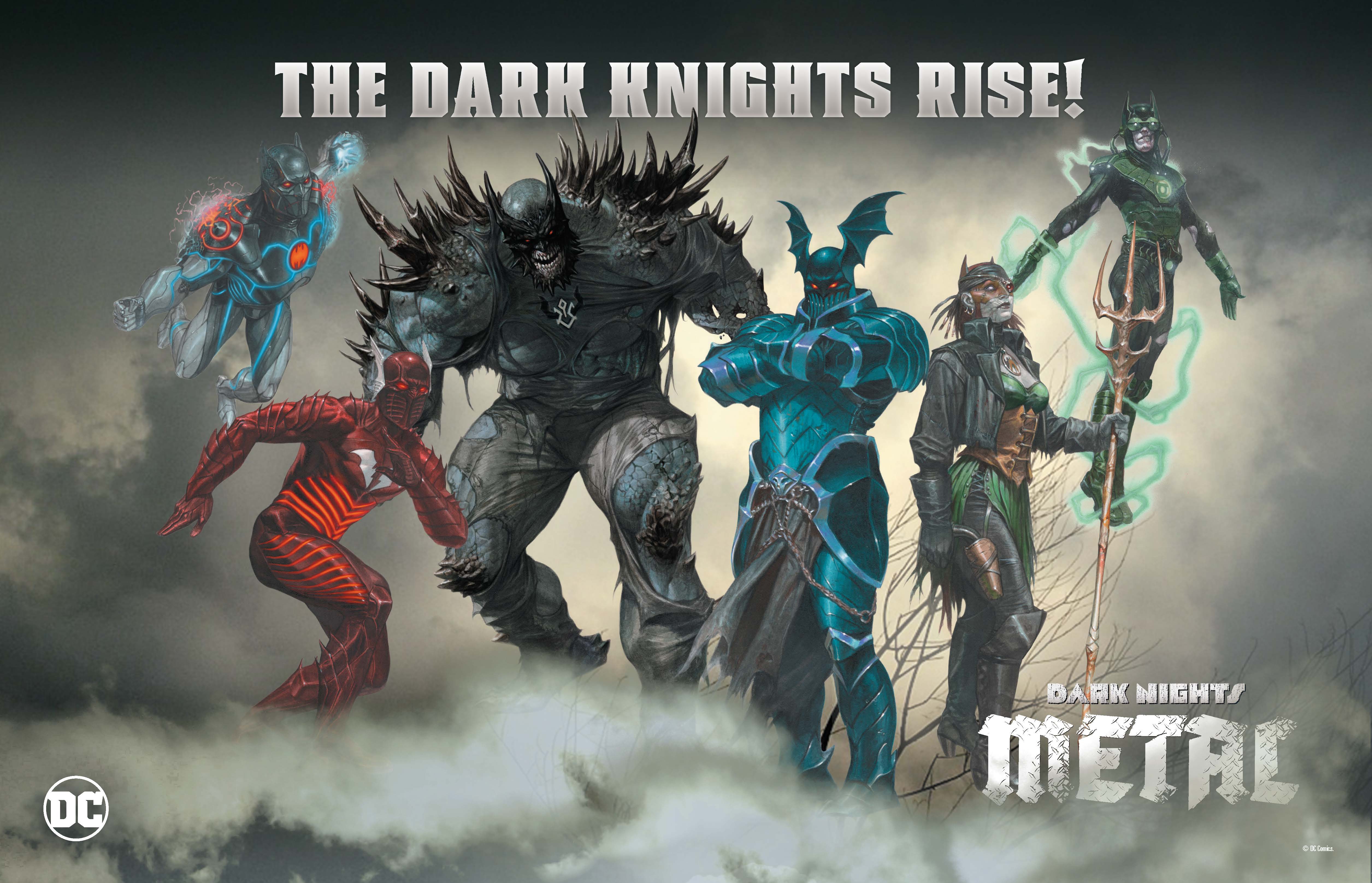 Are you afraid of Batman? How about six Batmen? How about six evil Batmen? At SDCC this morning, the six darker than dark versions of Batman from the Dark Multiverse have been revealed to the public, and they are terrifying. Just check out their lineup below: Each of these malevolent characters – The Red Death, The Murder Machine, The Dawnbreaker, The Drowned, the Merciless and The Devastator – all represent corrupted versions of Batman set upon the DC universe to help conquer it once and for all, as part of the DARK NIGHTS: METAL event beginning this August.

I am seriously digging The Murder Machine who looks like an evil version of Batman Beyond. Which one do you think looks the coolest?