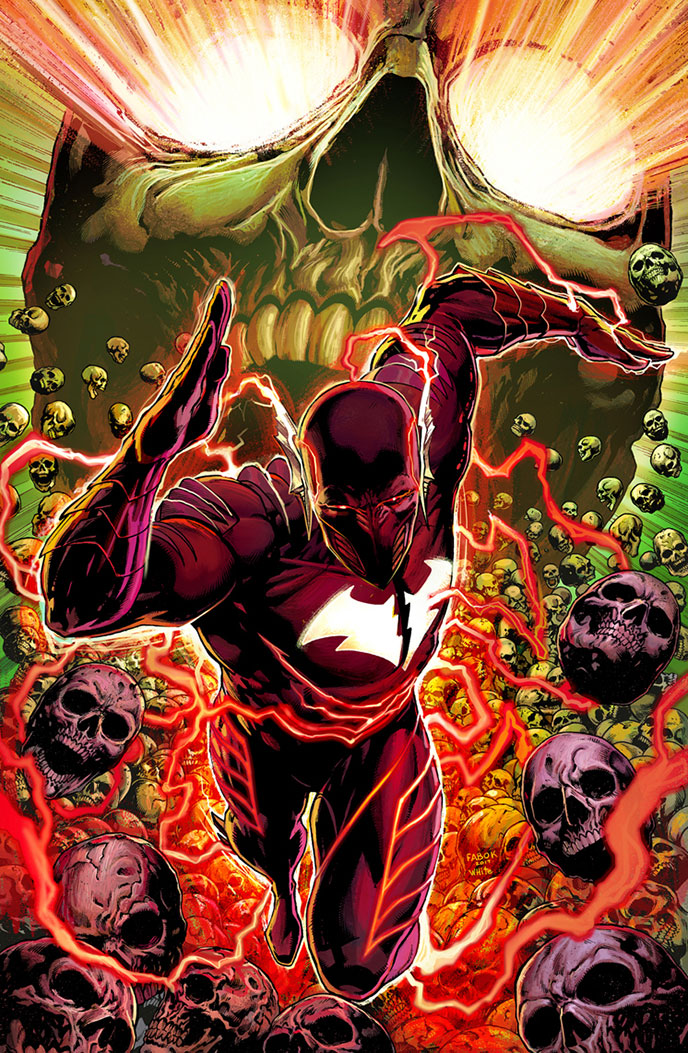 DC Comics has released the first two covers for the upcoming one-shot tie-ins to Dark Nights: Metal. Both covers are drawn by Jason Fabok with the first having colors by Dean White and the second by Brad Anderson. The first one-shot releases September 20 and it focuses on the evil Batman version of Flash. The second cover is for the one-shot that will release on September 27 which will focus on the evil Batman version of Cyborg. All seven of the Dark Nights: Metal one-shots will feature art by Jason Fabok. DC has promised more of the covers to be revealed in the coming weeks. Are you excited for these evil versions of Batman to make their way out of the Dark Multiverse and into these one-shots?