TBU DC Collectibles Solicitations For May 2014

Here are the Batman Collectibles Solicitations for May 2014: 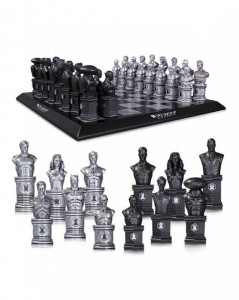 JUSTICE LEAGUE CHESS SET
SCULPTED BY PAUL HARDING
Now you can decide who wins the ultimate confrontation between the World’s Greatest Super Heroes and the World’s Vilest Super-Villains with this incredible chess set featuring intricately sculpted resin game pieces of Superman, Batman, Green Lantern, Wonder Woman, Aquaman, The Flash, Lex Luthor, Black Manta, The Joker, Cheetah, Sinestro and Reverse Flash that capture their looks from DC Comics – The New 52.
The set comes complete with a high-quality wood board.
$249.95 US • On Sale August 2014 *Allocations May Occur 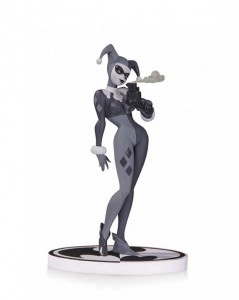 BATMAN BLACK & WHITE HARLEY QUINN SECOND EDITION STATUE
DESIGNED BY BRUCE TIMM
SCULPTED BY JON MATTHEWS
Due to overwhelming popularity the first run of the statue of the fun-loving, psychotic, Arkham Asylum doctor-turned-inmate Harley Quinn has sold out!
Don’t miss out on the second edition, featuring all new deco, of this stunning statue designed by the character’s co-creator, award-winning animator, artist, and producer, Bruce Timm!
Measures Approximately 7.4″ Tall
$79.95 US • On Sale August 2014 * Allocations May Occur 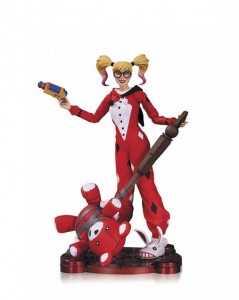 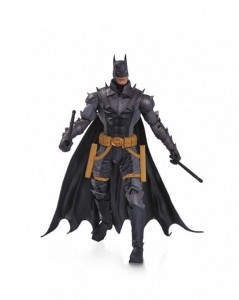 DC COMICS EARTH 2: HAWKGIRL, SUPERMAN AND BATMAN ACTION FIGURES
Based on the designs of the hit monthly comic book EARTH 2. Batman, Superman and Hawkgirl continue the battle against the hordes of Apokolips to protect all life on their Earth as they know it!
BATMAN – 6.75″
SUPERMAN – 6.75″
HAWKGIRL – 6.6″
EACH FIGURE SOLD SEPARATELY
* Action Figures * $24.95 US • On Sale August 2014 * Allocations May Occur 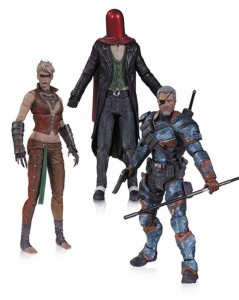 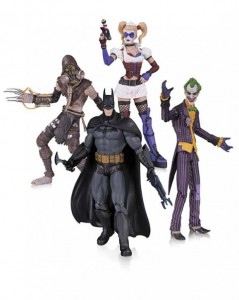 THE JOKER, HARLEY QUINN, SCARECROW AND BATMAN ACTION FIGURE 4-PACK
Three of the most dangerous inmates of Arkham Asylum unite to take down Batman. Based on the designs of the hit Batman: Arkham Asylum videogame comes this action figure 4-Pack with new deco!
SCARECROW – 6″
BATMAN – 6.75″
HARLEY QUINN – 6.6″
THE JOKER – 6.6″
* Action Figures * $59.95 US • On Sale July 2014 * Allocations May Occur 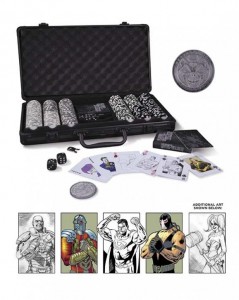 DC COMICS SUPER-VILLAINS POKER SET
ARTWORK BY KEVIN NOWLAN
INCLUDES CRIME SYNDICATE DEALER CHIP
They say never bet against the house, but when you have the World’s Evilest Super-Villains on your side, taking money is easy pickings. This poker set featuring the art of Kevin Nowlan, comes complete with two decks of cards, chips, dice and dealer chip.
$99.95 US • On Sale August 2014 * Allocations May Occur