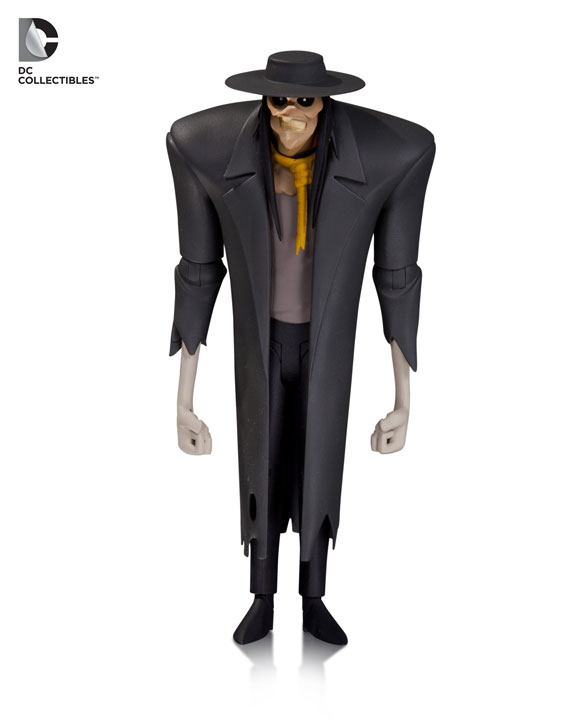 In celebration of 250,000 Facebook fans DC collectibles has revealed via their blog their newest addition to the Batman the Animated Series action figures series. The big reveal. The SCARECROW.

The figure is modeled after the Scarecrow redesign from The New Batman Adventures and is the first reveal in the 5th wave of Batman The Animated Series figures that are expected to be released in fall of 2015.