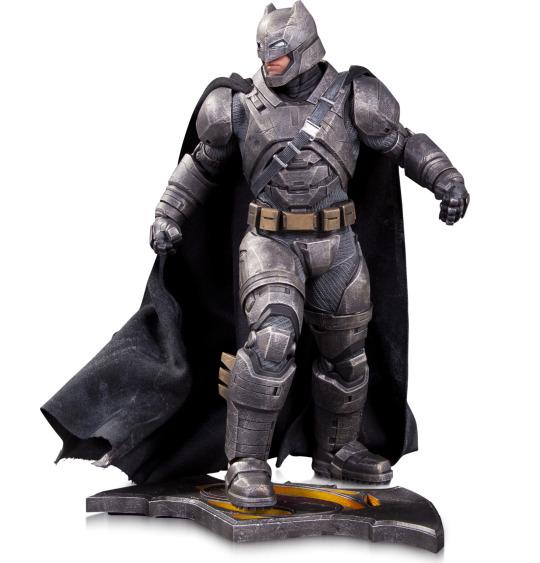 DC Collectibles has kicked off Comic Con International with a ton of new reveals. Keep in mind that the majority of these items will not be available until early 2016 since solicitations for January have already been announced.

Over at Yahoo Movies, three new statues were revealed for Batman v Superman: Dawn of Justice. All three statues, featuring different poses from the upcoming film, measure about 12″ and are made of resin. They will be available in January for $150 each.

Next up, IGN has revealed some new additions to the Batman: Arkham Knight action figure line with Azrael, Man-Bat and Professor Pyg. These three figures will be part of series 3 and will be available in February 2016 for about $25 each.

MTV has revealed some new additions to the DC Icons line including the Joker as he appeared in The Killing Joke. This figure measures about 6″ tall, comes with a variety of accessories and will be available in May 2016 for around $25. And finally, HitFix has revealed some new additions to the DC ARtist line featuring Darwyn Cooke’s Batman and Harley Quinn as well as Lee Bermejo’s Batman.

Keep it tuned here for all the latest news from Comic Con International.