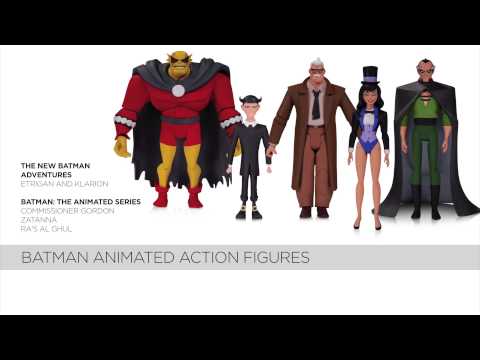 The first panel to kick off Comic Con International as far as our coverage is the DC Collectibles panel. Now if you have been watching the website since yesterday, there really wasn’t much to learn at the panel. They revealed a number of additions to lines but they were already released online between the media reveals yesterday and today. In case you missed any of the reveals here is the breakdown.

Yesterday, Batman v Superman statues were announced along with new additions to the Batman: Arkham Knight action figure line, DC Icons line and the Artist line. Check out all of those items over here.

Earlier today new additions to the Batman animated line were revealed along with a commercial that will start airing.

And if you needed any more to check out, DC Collectibles released a video showing off all of the items.