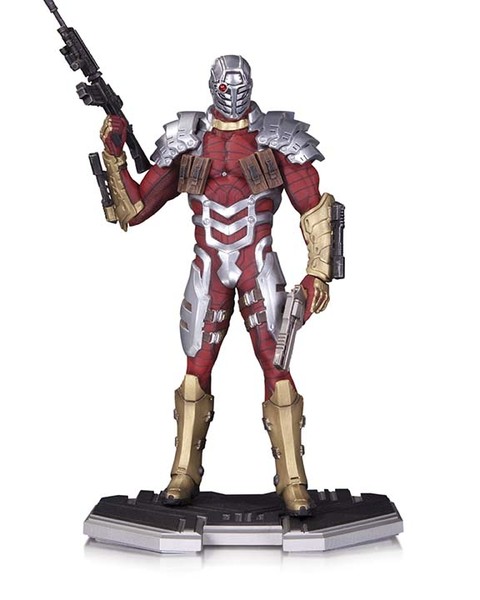 DC Collectibles has announced a new set of items heading to stores in March and April of 2016. Below are the TBU related items.

DC COMICS ICONS: DEADSHOT STATUE
SCULPTED BY DAVID GIRAUD
Deadshot never misses—and you won’t want to miss out on this statue! Torn from the pages of NEW SUICIDE SQUAD, Deadshot is ready for action!
Limited Edition of 5,200
Measures Approximately 12″ Tall (To top of gun)
$100.00 US • On Sale April 2016 * Allocations May Occur

DC COMICS SUPER-VILLAINS THE JOKER BUST
DESIGNED BY JIM LEE
SCULPTED BY ALEJANDRO PEREIRA
You’ve never seen The Joker like this before! This startling new vision of the Clown Prince of Crime is designed by legendary artist Jim Lee—and he can be yours in this new bust!
Limited Edition of 2,500
Measures Approximately 8.5″ Tall (To top of gun)
$50.00 US • On Sale April 2016 * Allocations May Occur