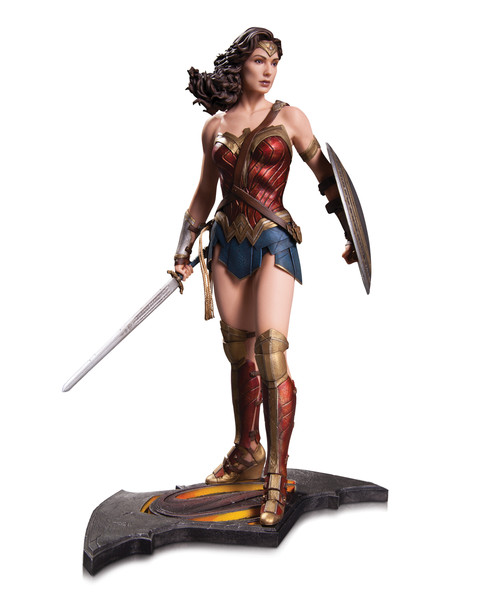 DC Collectibles has announced a new set of items heading to stores March through May of 2016. Below is the TBU related items.

BATMAN v SUPERMAN: DAWN OF JUSTICE WONDER WOMAN STATUE
SCULPTED BY JAMES MARSANO
Measures Approximately 13″ Tall
$150.00 US • On Sale March 2016 * Allocations May Occur
Fearing the actions of a god-like Superhero left unchecked, Gotham City’s own formidable, forceful vigilante takes on Metropolis’s most revered, modern-day savior, while the world wrestles with what sort of hero it really needs. And with Batman and Superman at war with one another, a new threat quickly arises, putting mankind in greater danger than it’s ever known before.