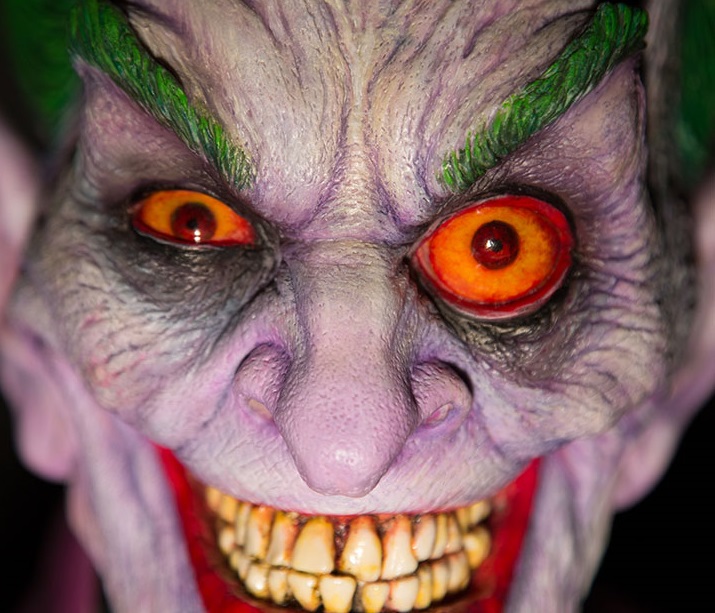 Rick Baker is iconic when it comes to make-up, creature design, and special effects. He has won seven Oscars for his work and has lent his talents to Planet of the Apes, TRON: Legacy, and Maleficent. Now Baker is being tapped to create a bust of one of the comic’s most iconic villains, the Joker. Part of the extremely high-end DC Gallery line of collectibles, this 1:1 scale bust will have an extremely limited production run with just two hundred being made.

In an exclusive with The Hollywood Reporter, Baker explains just how much freedom he was given when it came to creating the Clown Prince of Crime:

When DC Collectibles approached me about this project, I told them I was interested, but wanted complete control of the design, I figured they wouldn’t go for it, but to my surprise, they said ‘OK.’ I insisted that I would need a proper amount of time to create the bust and their answer was, ‘Take whatever time you need.’ I asked if I could choose the character and they said, ‘Fine.’ I told them I wanted to make a version of The Joker that’s never been done before,’ and they replied, ‘Sounds great.’ I then said, ‘You guys are just too difficult,’ and left. [Laughs] Seriously though, I didn’t expect DC Collectibles to keep their promises, but they did. I had a blast sculpting my version of The Joker and exploring his twisted and demented personality.”

Judging from the photos, this is definitely a terrifying interpretation of the character, complete with bloodshot eyes and a twisted smile that distorts his entire face. This is definitely not a Joker we’ve ever seen before.

The bust will be released this October, just in time to scare the kids for Halloween. But if you want to get your hands on one of these rare busts, you will need to pre-order it, just to be safe.