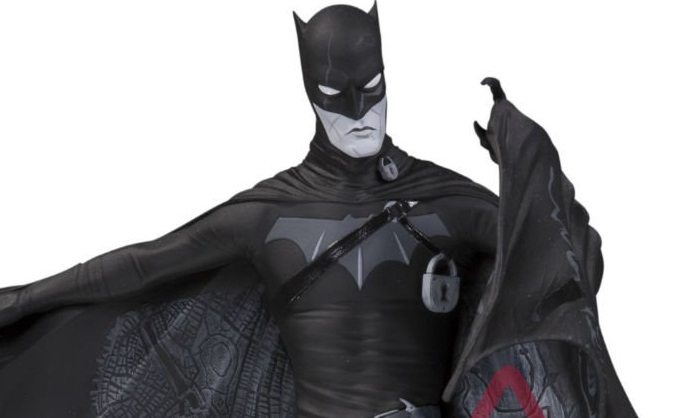 Gerard Way, known for his band, My Chemical Romance, as well as his work on DC’s Young Animal, is stretching his talents to now include statue designer. As part of DC Collectibles’ Batman: Black and White series, Way will turn the sketches from a never released story into a collection of statues. The series will feature two statues, one of Batman and the other of the Joker, and the inspiration for both of them is way more intertwined than usual. Gerard Way had a storyline known as Kingdom of the Mad that he planned out, and part of the plot centers on Bruce Wayne actually being an inmate at Arkham Asylum. The statue of the Dark Knight looks patched together including the emblem of St. Dumas and a padlock across his chest. The Joker meanwhile is what looks to be in an inmate uniform, think scrubs, with an overcoat and a gun rounding out the look.

DC is excited to bring the series to statue form with Creative Director Jim Fletcher telling Nerdist “Gerard’s indie art style is a perfect fit for this series and offers a fresh take on Batman and The Joker that we’ve never seen before.”

The statues will be available this October and retail for $80 a piece. If they’re popular, I wouldn’t be surprised if this led to Way’s storyline being seen in print.