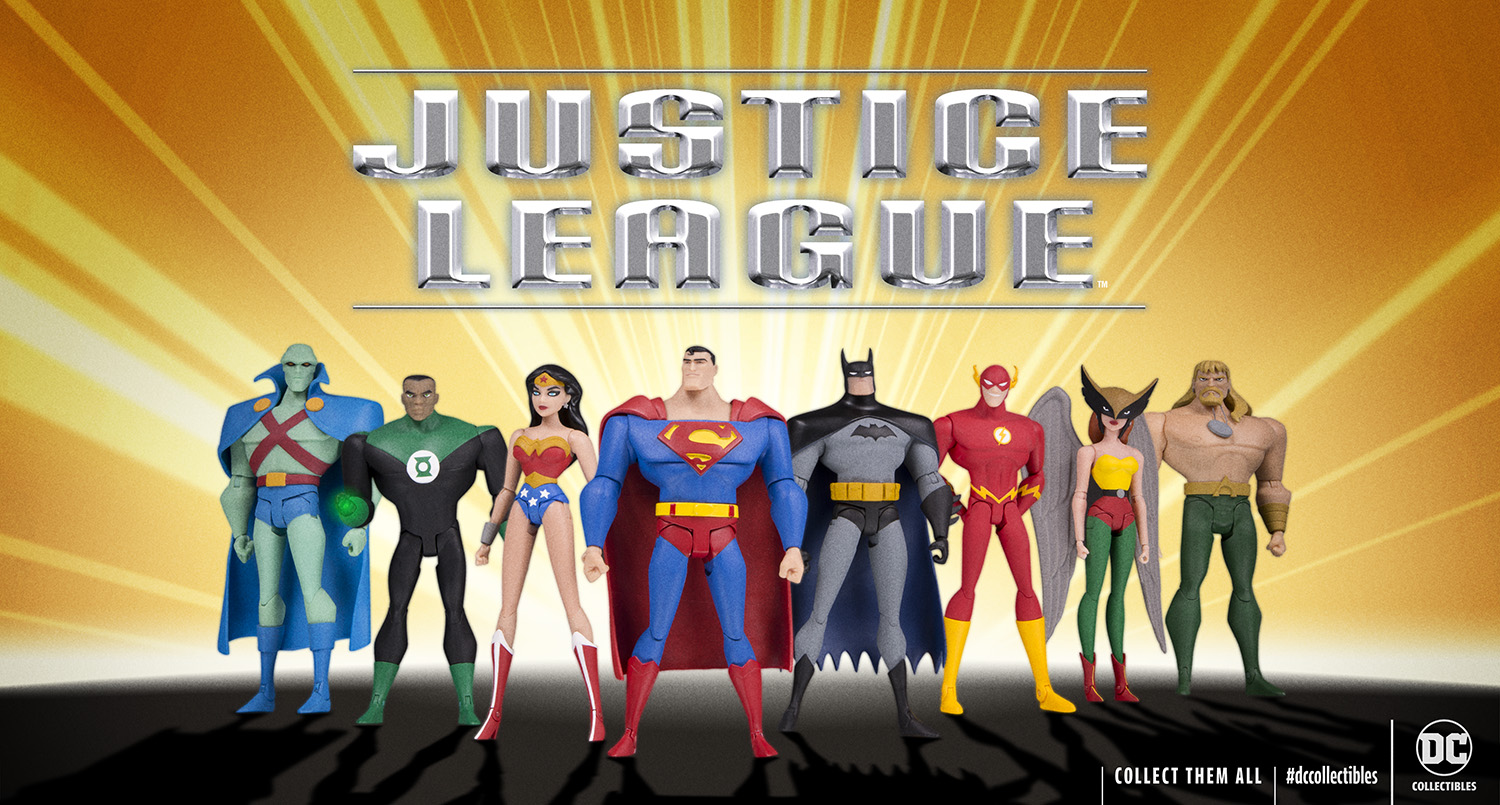 The announcement earlier that the DC Universe service will also give fans access to exclusive merchandise has many fans questioning what collectibles will actually be made available. Well DC has announced that action figures based on the Justice League animated series from DC Collectibles will be among the first collectibles featured through the service. The six-inch tall figures will only be available for members of DC Universe and include Superman, Batman, Wonder Woman, Green Lantern, Flash, Martian Manhunter, Hawkgirl, and Aquaman. The figures are all based on their animated counterparts and actually look quite a bit like previously available Justice League animated figures from Mattel yet larger in size similar to the recent Batman: The Animated Series figures which were very popular from DC Collectibles. It has yet to be announced if additional figures will be released based on other members of the Justice League, but the inclusion of Aquaman who was not part of the main team on the show but happens to have a movie coming soon may hint that we’ll see a bit of synergy between the collectibles being released and DC and Warner Bros. media offerings. Fingers crossed that means figures inspired by Titans.

There’s no official release date for these figures but we can expect more information as DC Universe launches this fall. Check out all of the predictions for DC Universe, including how Funko may have a hand in the exclusive items in our What to Expect article.