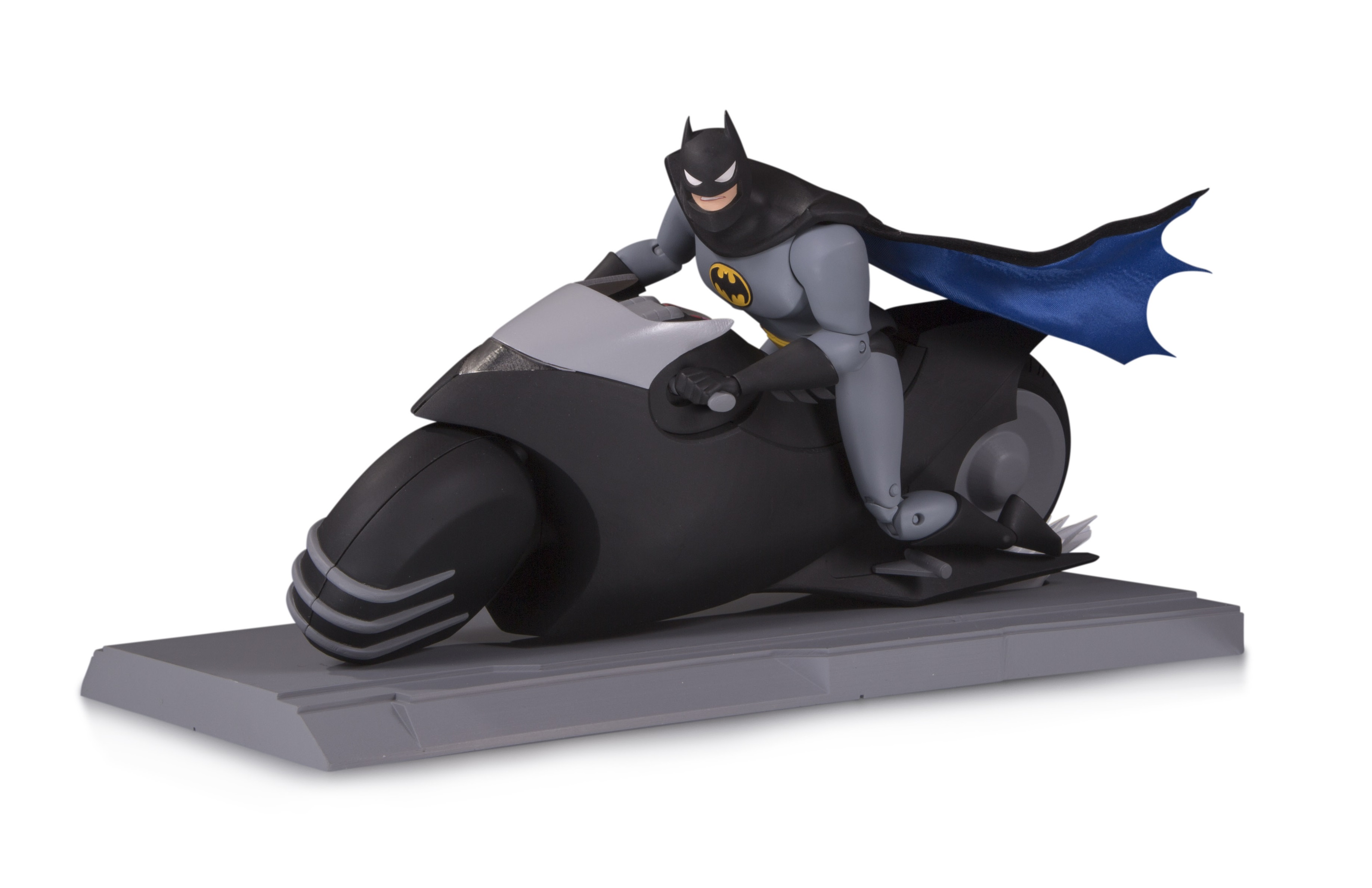 SDCC is happening right now and with it comes many new announcements and, perhaps more importantly, brand new collectibles. DC Collectibles is not slacking off as they’ve announced a whopping 17 new figures and statues based off characters from The Batman Universe set for release late this year and throughout 2019.

First up are new figures and a new vehicle in the Batman: The Animated Series action figure line which includes a Batcycle that includes working lights, spinning wheels, and will include a Batman action figure who is designed to be able to fit onto the vehicle. The Batcycle is expected to release next summer and be priced at $60.

Alongside the Batcycle will be figures for Two-Face, Gray Ghost, H.A.R.D.A.C., and Scarecrow all priced at $28 and expected next spring.

In the DC Artists Alley Line, Joe Ledbetter will design statues based on Batman, Robin, Catwoman, and Penguin while Chrissie Zullo will be designing a Batgirl statue. “I’m a huge Batman fan and to have the opportunity to work with DC Collectibles on a set of Batman characters is a huge deal in my world,” said Ledbetter. “I just love the idea of a bat in a Batman suit, a penguin as the Penguin, etc. There’s something there that’s quite funny and interesting and really excites me. I like to think that these animal Batman characters inhabit a parallel universe where Gotham City is entirely populated by anthropomorphic critters, including the Caped Crusader himself. I think the fun, enthusiasm, and love of Batman, Robin, Penguin, and Catwoman will shine through on these designer toys and I hope they find a special place on collector’s shelves.” Each is priced at $60 and expected next April.

Also in the Artists Alley line, Chrissie Zullo designs a number of female heroes including one based on the Burnside Batgirl. The Batgirl is expected next summer for $60.

Also set for a 2019 release is a new Bat-Family Multi-Part Statue featuring Batman, Batgirl, Robin, Nightwing and Red Hood. “The statue set is designed by the award-winning DC Collectibles design team. Fans can display one or a few of their favorite Bat-Family characters independently, or for those wanting to own the whole set, the bases fit perfectly together to create one cohesive image. Batman is the first character to hit shelves in March 2019 and the remaining characters will be released throughout the year.” The first statue will be priced at $80 and be limited to only five thousand pieces.

If you want figures instead of statues, DC Essentials is releasing toys based on Batgirl, The Joker, Nightwing, and Harley Quinn. These are expected in March of next year and priced at $26 each.

After all of the reveals, what are you most looking forward to? Sound off below.