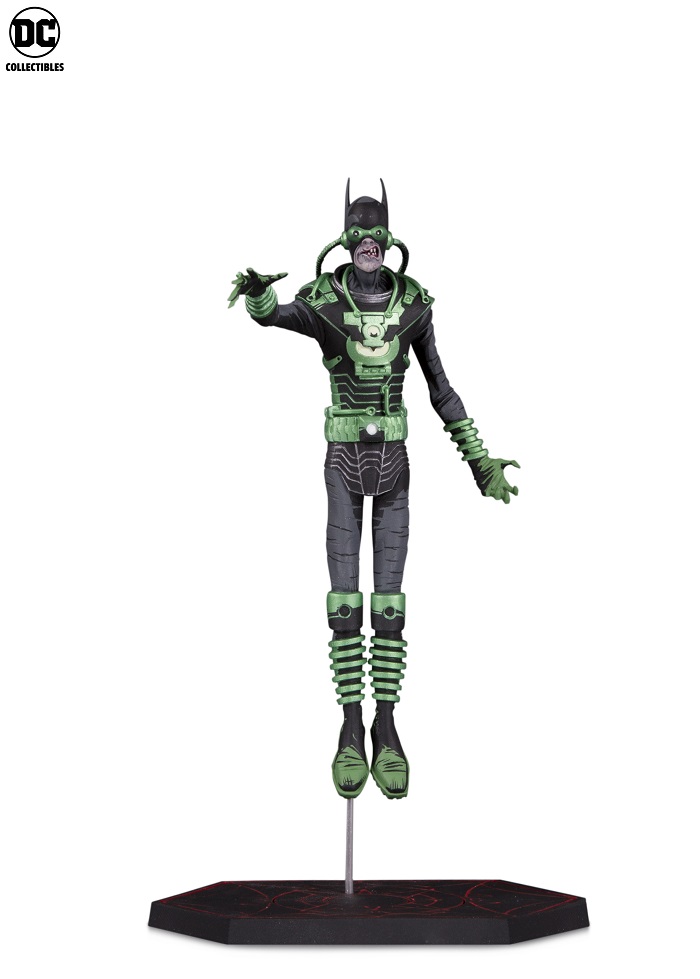 DC Collectibles has announced a new line of statues based on the art of Greg Capullo from Dark Nights: Metal. This new line will launch in May 2019 with the Dawnbreakers. The line will consist of eight statues and are designed to be configured with their bases able to be positioned in a variety of ways. Some of the statues will feature poseable elements as well as interchangeable parts.

The eight statues that will be included in the line include Batman with Baby Darkseid, a deluxe version of Batman Who Laughs and the six other Dark Multiverse Batmen; Red Death, Drowned, Dawnbreaker, Murder Machine, Merciless and Devastator. Dawnbreaker was sculpted by Adrienne Smith and floats above his base. This first statue will be priced at $85.00.

Excited to add this new line to your collection?