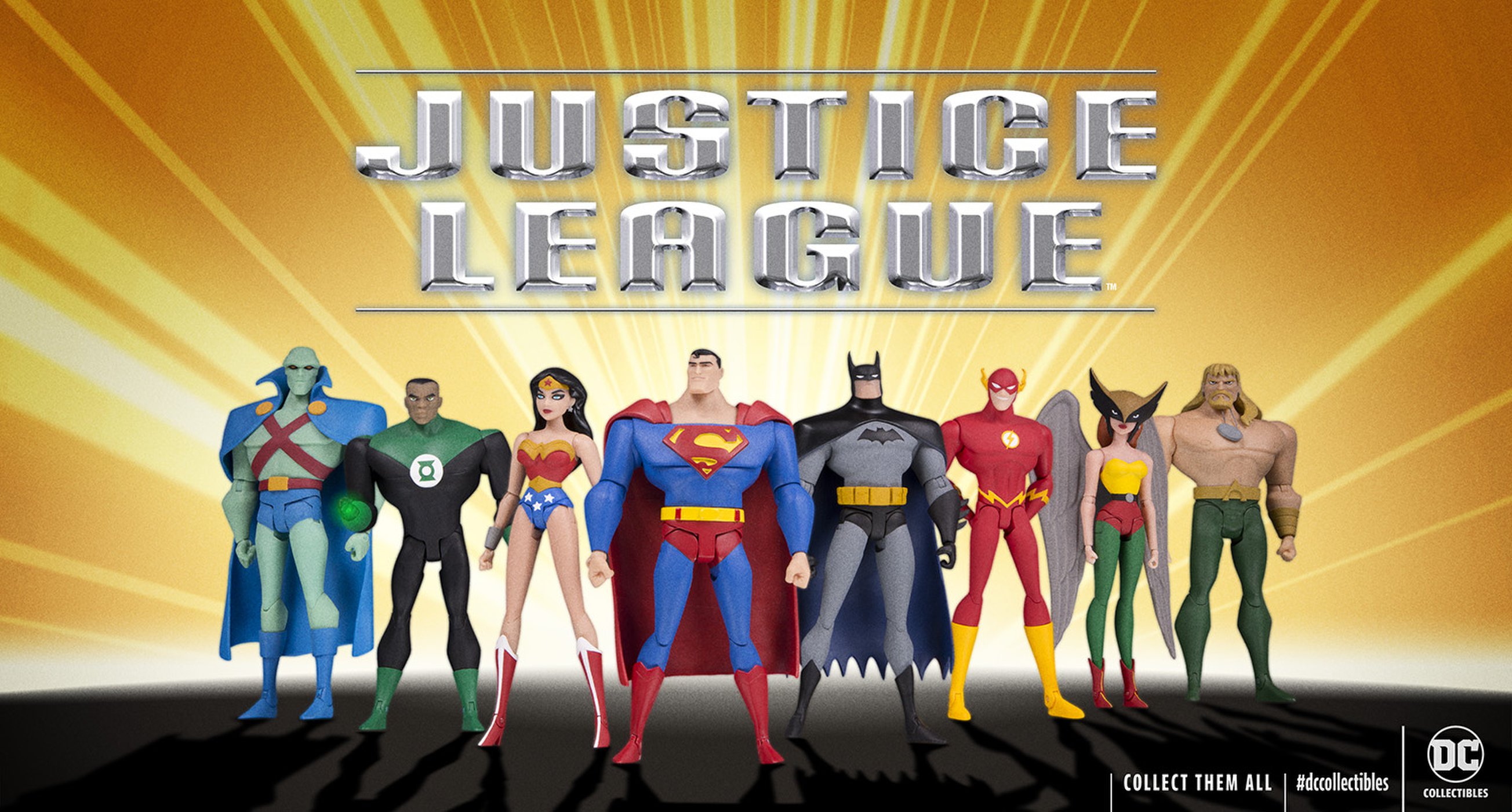 It’s hard to find fans of DC’s Justice League that aren’t huge fans of the Justice League animated series from the early 2000’s. DC Collectibles obviously had this thought in mind when they decided to create a line based on that very same animated series. They are available now to pre-order through the DC Universe streaming service.

The figures are priced at $28 each, or $194 for the set of eight, which is a savings of $30. The exclusive figures include Superman, The Flash, Aquaman, Wonder Woman, Batman, Hawkgirl and Martian Manhunter. The shipping for these is broken up as follows. Batman, Martian Manhunter, Green Lantern, and Hawkgirl are available now to purchase and will ship in September. Aquaman and Wonder Woman are available for pre-order and will ship in October. The Flash and Superman are available for pre-order and will ship in November. Presumably, if you order the entire set, it will ship at the end of November as well, though information released didn’t state that.

The promotion for these figures will end on November 30, 2018. No word on if a new promotion or set of collectibles will be available after that date on DC Universe.