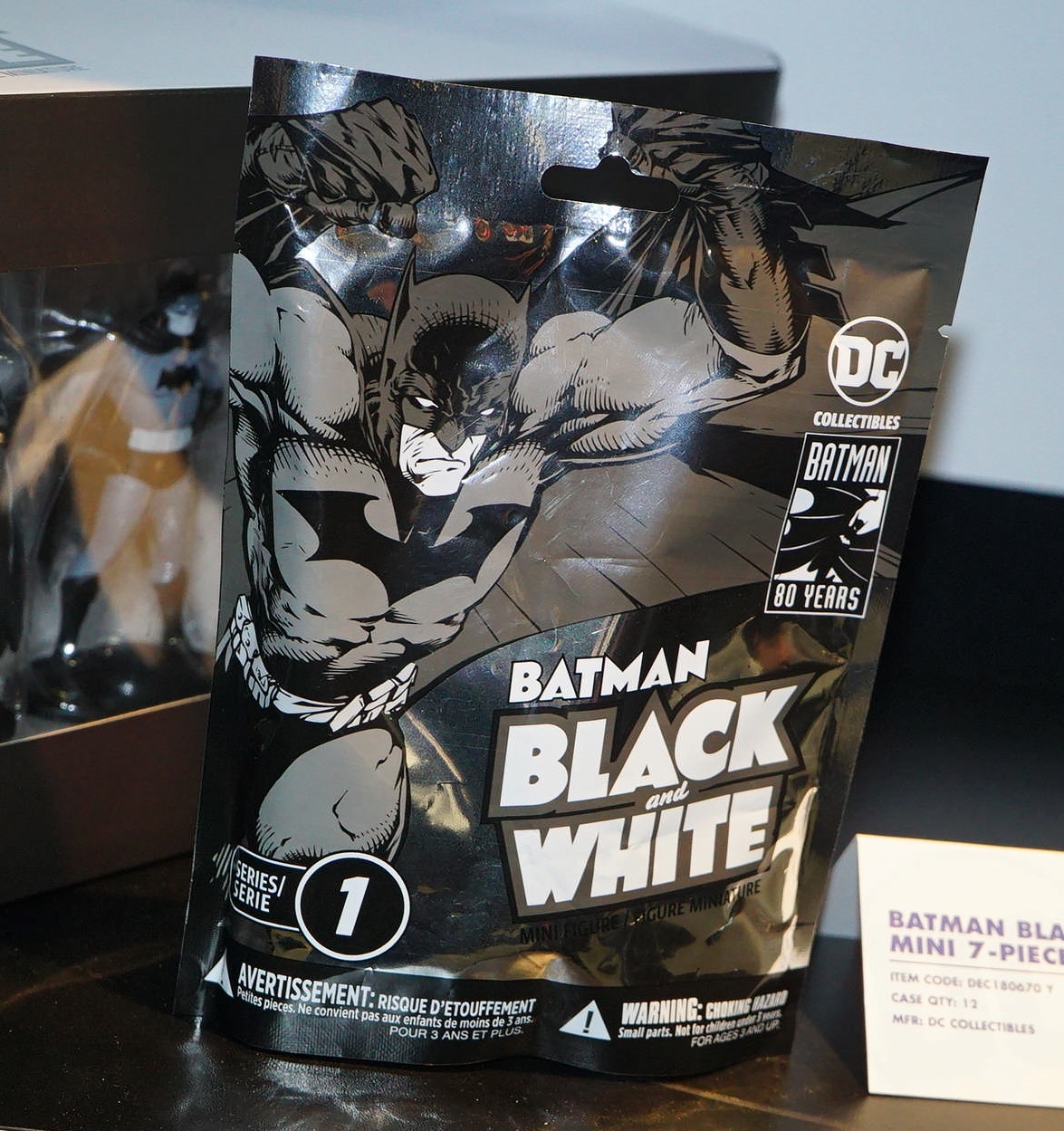 Batman is going mainstream, Bat-Fans. By that, we mean you will soon find some incredible Batman: Black and White figures at your local Walmart, albeit in blind bags. DC Collectibles that they are extending the exclusive products that they offer through Walmart with these new four-inch statues. Priced at $5.00 each, the figures will be miniature replicas of the full-size statues previously released through the direct market. Take a look at what the packaging will look like from a photo courtesy of Toy Ark. The figures will also be available in full collection sets based on the waves through the direct market as well. Here is the list of what you can expect in the coming months.

The Joker by Jim Lee