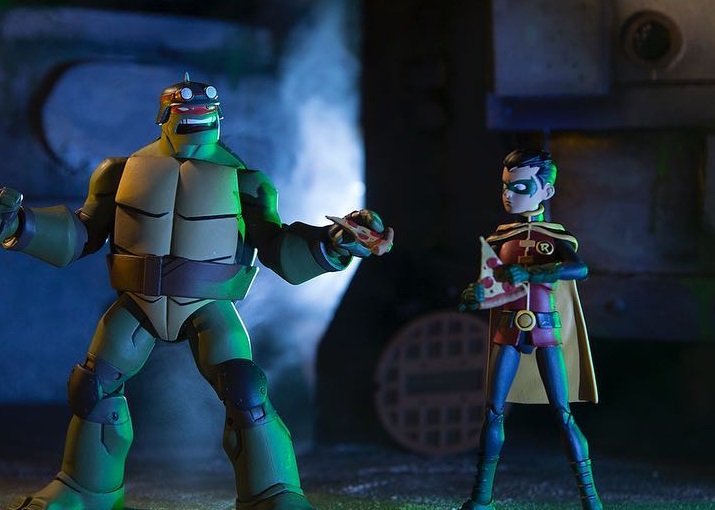 If you thought the exclusive Mikey as Batman figure was the only figure coming from DC Collectibles featuring Batman and the Teenage Mutant Ninja Turtles, you were wrong. But that is probably a good thing if you are a fan of both properties. New information has been released regarding DC Collectibles’ new Batman vs TMNT action figure two-packs. Based on the recently released animated movie, the figures will be Game Stop exclusives.  The sets are listed at being $49.99 each. While they are expected to release in stores from September to December, you can pre-order the sets by heading over to GameStop online.

Thrilled to announce our Batman vs. Teenage Mutant Ninja Turtles action figure line. Each 2-pack comes with a variety of accessories and hit’s stores beginning in September of 2019! Sold exclusively at GameStop! MSRP: $49.99

Batman and Leonardo – In Store September 2019

Robin and Raphael – In Store September 2019

Batgirl and Donatello – In Store October 2019

Alfred and Michelangelo – In Store November 2019