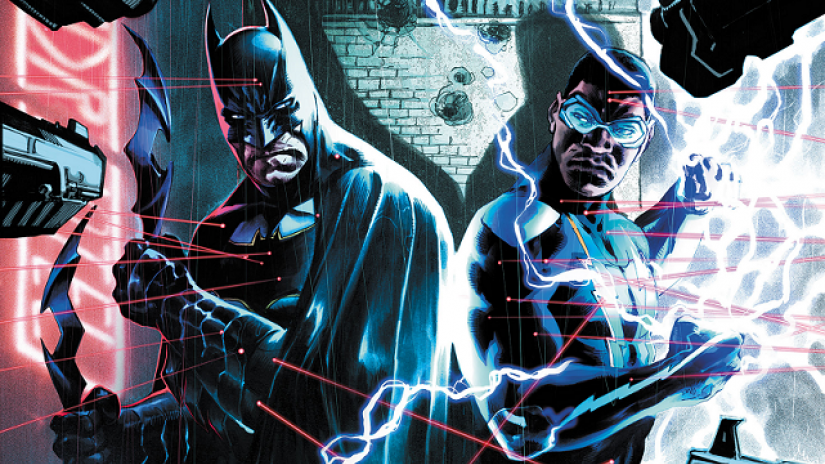 Solicitations are coming next week and in the spirit of news flowing out right before we hit the weekend, DC has revealed a number of announcements pertaining to the Bat-Books for this June. We’ve seen a handful of release announcements and creator changes so we’ve compiled them into one helpful article to help you catch up on any news you may have missed.

The lead-up to Batman and Catwoman’s wedding is looking to be a special occasion across multiple Bat-books as it was just announced that five one-shots will be released in May and June to coincide with the nuptials (presumably beginning on May 30 and running every week of June leading to the previously announced wedding date of July 4) . Each book will focus on a particular member of the Bat-Family and their preparations for the wedding. The five one-shots will all be written by Tim Seeley with interconnecting covers by Rafael Albuquerque and feature different artists. Included are: The void left when James Tynion IV leaves Detective Comics will be filled by writer Bryan Hill beginning with issue #982. As Den of Geek reports, Hill is not coming alone as “On the Outside”, his five-issue story arc on the title, will see Black Lighting teaming up with the Bat-Family. Based on comments made on Twitter, Hill seems to be writing this single five-issue arc rather than coming on to the title permanently. But it appears, at least for the time being, the series will continue to publish twice per month.

To wrap up the news, Bleeding Cool has revealed that Sam Humphries is taking over ongoing writing duties on Harley Quinn with issue #43. Humphries is following up the long tenure by Jimmy Palmiotti and Amanda Conner on the title who left in December, only to have Frank Tieri come on the book. While the numbering will continue, the first storyline will act as a brand new volume #1 for the title when collected. And the storyline is going to be quite a doozy as Harley faces off against Darkseid. Check out the full description below:

A new era for Harley begins here as writer Sam Humphries oversees the clash of the century: Harley Quinn vs…Darkseid?!?!? It’s the fight that you thought you’d never see: Harley vs. the Lord of Apokolips! Batman’s second craziest foe has done her nuttiest thing yet—she’s stolen from Darkseid! With a deadly confrontation growing near, Harley must prepare herself for the greatest battle of her life—sounds like it’s time for a New Gods shopping trip! Harley Quinn’s story starts anew here in this tale tied closer to the DC Universe! Writer Sam Humphries jumps behind the wheel, beginning with this all-new jumping-on point.

Are you excited for Batman and Catwoman’s wedding or are you more interested in who is taking over creative duties on Detective Comics and Harley Quinn? Sound off in the comments below.