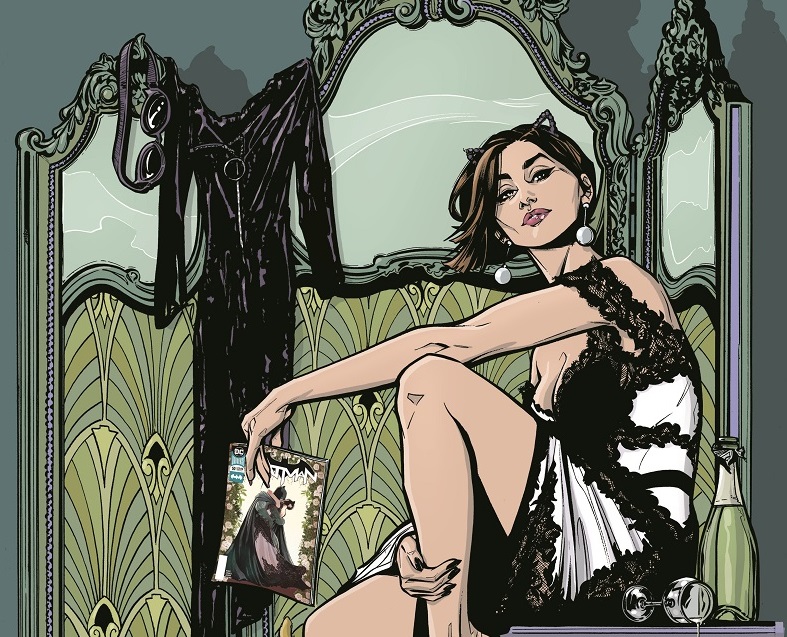 C2E2 was this past weekend in Chicago and yours truly was in attendance to get all of the updates from the world of The Batman Universe. C2E2 continues to grow and DC held a number of panels this year to support the fast-growing convention. The main one of interest to Bat-Fans would be the Batman panel that was held on Saturday, April 7. While there were some announcements and news bits released at various points during the convention, the majority of them came from the Batman panel. Below is all of the highlighted information from this past weekend.

-During the DC Panel on Friday night, Joelle Jones talked about her work being featured in a new line of DC Collectibles statues. She has already had her Supergirl and Batgirl made into statue form, but the latest announcement is that Catwoman will be available in November. -Benjamin Percy shared that the research and knowledge he learned in preparation for his last novel was the inspiration for his upcoming story in Nightwing. Nightwing being a low-tech hero is put at odds with a monster based on the internet. He also teased a new kind of crime called “secret identity theft.” -Tim Seeley teased that his theme for Batman’s bachelor party is hamburgers.

-Current Batman series editor, Jamie S. Rich has been named as the new Batman group editor. Rich takes the slot that Mark Doyle was in for the past few years after taking over for Mike Marts prior to DC’s move to the west coast. Doyle was recently announced as the editor of the Vertigo titles as well as the recently announced Black Label imprint.

-Joelle Jones will write and draw a new Catwoman solo series which will launch the same day (July 4) as Batman #50, which is the issue that the wedding takes place. It was also stated that Batman #50 should be read prior to Catwoman #1, possibly teasing something. -Tom King pointed out that just because Catwoman is getting married, it doesn’t mean that she has reformed. She is still the same thieving character that has existed for over seventy-five years.

-The upcoming story arc featuring Tony Daniel on art features Booster Gold trying to give Batman a gift that he could never have; a world where his parents were never killed. The three-issue arc features a very different world, but the effects shown are not part of the continuity. Just a glimpse of what could have been.

-The upcoming DC Nation #0 was teased as it features an eight-page story featuring the Joker. A variant cover from Clay Mann was shown off. -Sean Murphy was asked about returning to the world of White Knight given that the final issue of the series releases next month. He teased that there could be an announcement coming at New York Comic Con this fall, but one character he plans on featuring in the second volume is Azrael.

-A question was asked about the three Jokers tease that Geoff Johns had in DC Universe Rebirth #1. Rich specifically said that Jason Fabok is working on pages related to that tease and Geoff Johns is working on the scripts.

-There was a checklist handed out at the Batman panel featuring Dc Nation #0, all five of the preludes, Batman #48-50 and Catwoman #1. There was also a web address given to register for the wedding.

-Christopher Priest talked about the current Deathstroke story arc featuring Batman an said that the arc puts Damian’s lineage in question as Slade Wilson may have been Damian’s real father all along. Priest said that he does not know how the six-issue arc will conclude as DC will decide on who is truly Damian’s father, stating that fans may have the ability to share their choice in the matter because DC is listening.

There was a lot more news than in the past few years with a new series announced and other details revealed. What do you think about all the news? Has anything announced gotten you more excited for the coming months? Sound off below.