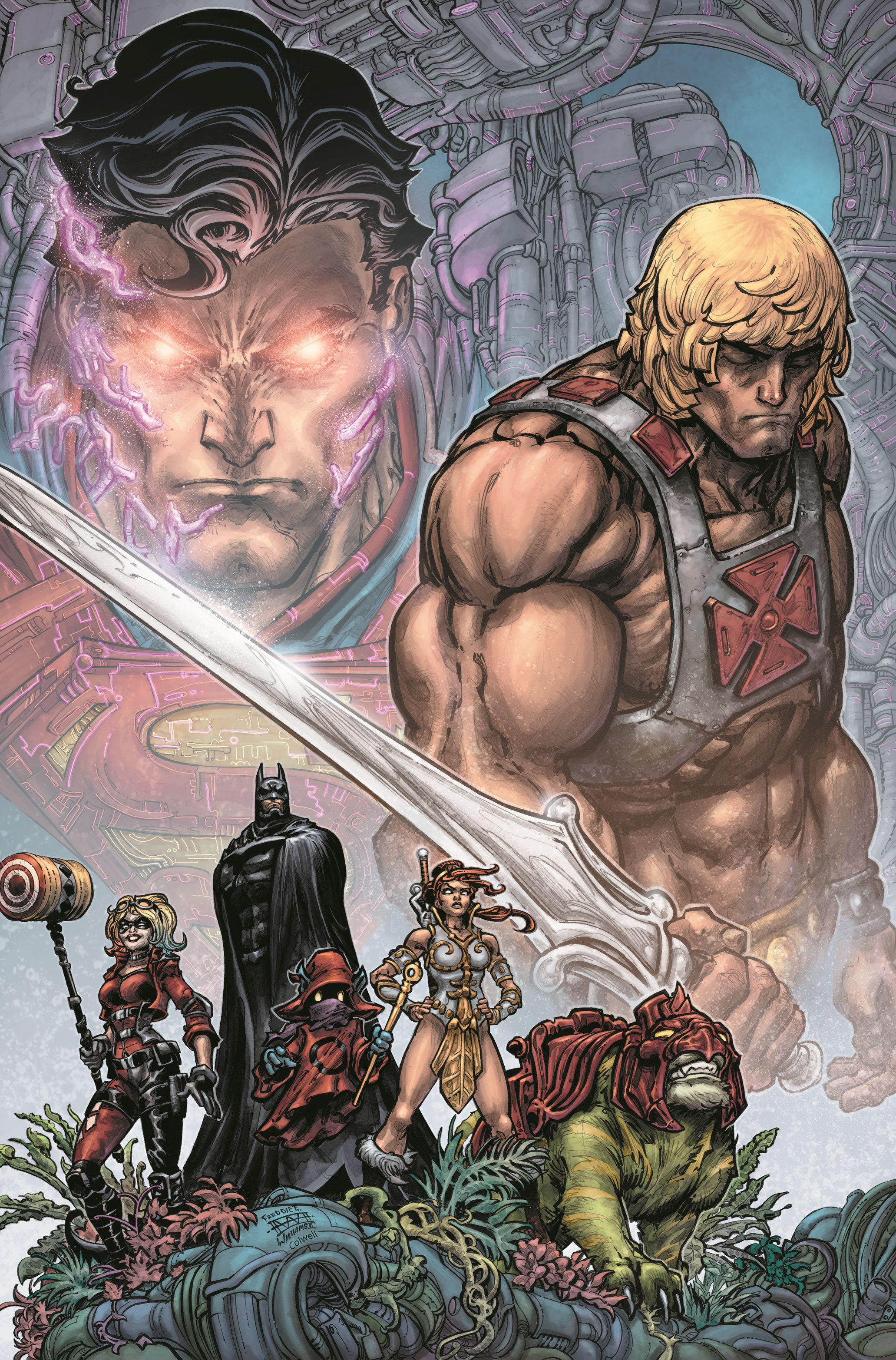 Of all the random characters to show up in the Injustice universe, from the Ninja Turtles to Hellboy, nobody can say they saw the latest one coming. By the power of Grayskull, He-Man and the Masters of the Universe are set to crossover into the Injustice Universe in a six-issue miniseries written by Tim Seeley with art by Freddie E. Williams II. Here’s the official synopsis:

Believing He-Man and the Masters of the Universe defeated, a robotic impostor has seized control of Eternia—but not for long! After freeing his kingdom from this strongman’s rule, He-Man learns not everyone is pleased to see the pretender deposed—but Adam knows the value of freedom. When heroes from another dimension ask his aid in deposing a superhero turned dictator, he agrees. Teaming up with Batman against the Superman of the Injustice Universe, He-Man and his new allies face dangerous and familiar enemies in a battle where no world is safe!

If He-Man is against a robotic dictator in his own world, he’s surely going to have problems with Superman of the Injustice Universe and his approach to law and order. I wonder what villains from He-Man will also cross-over. I’d love to see a battle between Aquaman and Mer-Man play out in the pages of the comic.

Injustice vs He-Man and the Masters of the Universe #1 arrives at comic book retailers and via digital download on July 18.