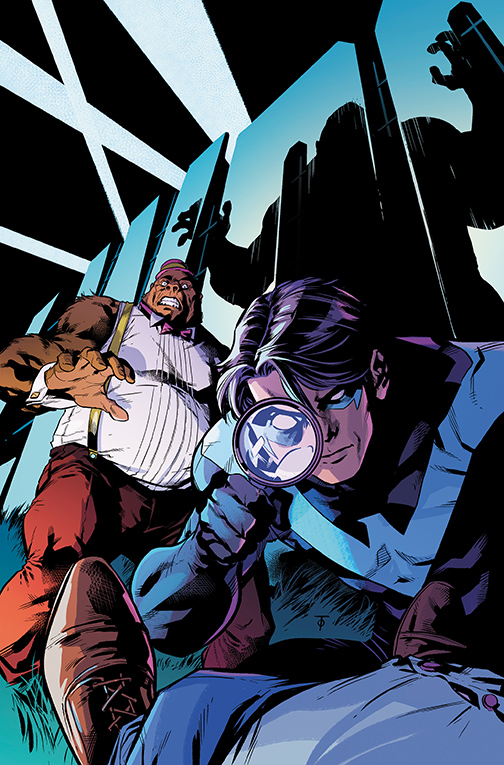 DC and Hanna-Barbera continue their ongoing partnership this October with four new team-up specials being released. Among the mashups are Deathstroke/Yogi Bear, Green Lantern/Huckleberry Hound, Superman/Top Cat, and of most interest to Bat-Fans, Nightwing/Magilla Gorilla.

The Nightwing/Magilla Gorilla team up is being written by Heath Corson with art by Tom Grummett and sees the two teaming up to solve a murder.

When a famous Hollywood talent agent is found brutally murdered, suspicion and evidence seem to point to his most famous client, Oscar winning actor Magilla Gorilla. Dick Grayson, already in Tinseltown to meet with said agent, senses something suspicious. Donning his Nightwing costume and joining forces with the simian suspect, he’s got one night to prove that this monkey doesn’t belong in a cage.

Nightwing/Magilla Gorilla Special #1 along with the rest of the 48-page specials go on sale October 31 for $4.99. The specials will all feature a backup story starring Secret Squirrel written by J.M. DeMatteis with art by Tom Mandrake. Are you looking forward to more DC and Hanna-Barbera crossovers?