SDCC 2018: All of The Batman Universe Highlights from the DC Comics Panels 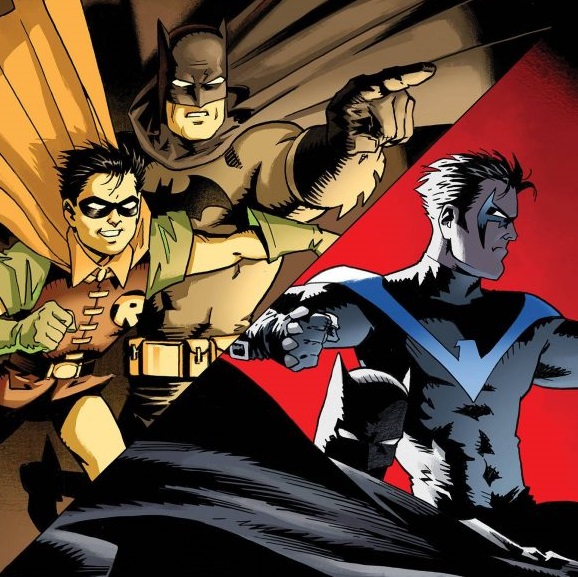 Over the course of the weekend, a lot of panels took place, and there is a bunch of news bits that tend to fall through the cracks. Typically, DC Comics panels tend not to be too heavy on the news, but this year it seems like even small announcements are a breath of fresh air of getting news out of the biggest convention of the year. If you missed some of the bigger announcements, check out our handy checklist below:

So while those were the big things revealed, there was still plenty of panels that had tiny news bits.

On the DC Nation panel, Tom King was present and while most of the discussion was about Heroes in Crisis from him. Other creators on the panel talked about mostly DCU projects that don’t pertain to the Batman Universe. Tom King did mention the wedding and stated that he hopes fans stick around to issue #100 for the full story. He also cracked a joke about giving spoilers on the panel but assumed the New York Times would beat him to it. During the Batman panel, the most significant announcement was that Batman would be returning to his trunks-on-the-outside costume in Batman #53. While if you have been following along with Doomsday Clock, you probably already knew a change was coming as the Bat-Suit featured in the series is not the Greg Capullo designed suit from the beginning of Rebirth. It does, however, prove that Doomsday Clock has some continuity issues with taking place in the future since the Bat-Suit featured in the series does not have trunks.

Also on the Batman panel, Peter Tomasi was finally announced to be heading to Detective Comics. What seems like the worst kept secret in the Bat-Books, we have been predicting this on The Batman Universe Comic Podcast for months. Tomasi will take over with Detective Comics #994 in December with Doug Mahnke on art, leaving only six issues before the monumental #1000. The official reveal stated that Tomasi would build towards #1000, so at this point, we don’t know if he will be on the series for longer than that.

Some other highlights from the panel included the announcement that Batman Day 2018 will be September 15. Joelle Jones stated the reason behind creating Mrs. Creel, the villain featured in Catwoman #1, was because of the lack of female DC villains. She also noted the idea behind the cutouts in Catwoman’s new costume was to show movement in silhouette. Mairghread Scott said she loves the Oracle character but would want to bring her back to mean something, not just be a side story. The next panel was all about the Justice League and the books that tie into “New Justice.” Scott Snyder stated that the next Justice League story focuses on the Joker and may reveal possible origin stories. Jame Tynion explained that Man-Bat is on the Justice League Dark team simply because he will act as the team’s mad scientist. Joshua Williamson stated that the decision to delay Justice League Odyessy came from the fact that they scrapped the first two complete issues after the recent DC writer’s summit to put it on the right path. The new Teen Titans headquarters is a converted youth detention center (as seen above). Snyder also stated that the Dark Knights from the Dark Multiverse could return.

On Friday evening, the Eisners happened, and the Best Writer award was a tie between Marjorie Liu, and Tom King for his work on Batman, Batman Annual #2, Batman/Elmer Fudd Special and Mister Miracle. This marks King’s second Eisner win after winning Best Short Story last year for his “Good Boy” story appearing in Batman Annual #1.

On Saturday, the first panel of the day was DC World’s Finest. On the panel, Sam Humpries talked about Harley Quinn. One of the upcoming arcs will address the creator of Harley Quinn comic books that have appeared in the universe. The creator’s pen name is M. Clatterbuck, and the identity is a big secret that leads to Harley Quinn destroying the DC Universe continuity culminating in Harley Quinn #50. In Injustice 2, Killer Croc and Orca will be getting married. Tim Seeley teased Injustice vs. He-Man and the Masters of Universe stating Catwoman will ride Battlecat at some point.

During the DC New Age of Heroes panel, James Tynion revealed that the Batman Who Laughs would be returning to Immortal Men in the future. Next up was the Tom King Spotlight on Saturday evening. With Batman, Mister Miracle and Heroes in Crisis, plus just winning an Eisner the night before, there was a lot to discuss. After thanking fans for believing in what he has in store for Batman, he talked about Matt Wagner coming in September, including revealing the cover to the issue (as seen above). There was talk about the next arc in which King and Tony Daniel wanted to use King Tut, but DC wouldn’t allow them to, so they decided to create a character who is King Tut in everything but name called Phantom Pharaoh. Clay Mann mentioned wanting to bring Phantasm into continuity, and after getting a great response from the audience, Tom King said he would include her in a future script. Finally, the cover of Heroes in Crisis #2 was revealed featuring Harley in possession of Wonder Woman’s lasso (as seen below). Moving into Sunday, the first DC panel was DC For All. Lee Bermejo spoke about the upcoming Batman: Damned and said that it is Batman delving into the supernatural underbelly of Gotham while trying to solve the murder of the Joker. He also stated that the Black Label stories are meant to good standalone stories that don’t require knowledge of continuity. DC’s Young Animal imprint will be going on hiatus with Doom Patrol being the only one that will continue. It was stated that the imprint may or may not return but that was the nature of having a pop-up imprint. The idea that it can evolve and pivot when necessary.

The final panel of comic coverage was the Joelle Jones spotlight. This panel had Jones talking about her work over the years, but the talk quickly led to Catwoman. Raina Creel is addicted to plastic surgery and drugs. Jones stated that Catwoman didn’t have a villain that was specifically made for her. Someone that she just can’t fight off, but has to face on an intellectual level. Jones said that she pitched a Catwoman series over a year ago before finding out that Catwoman was engaged.

There was a lot that happened over the weekend, and hopefully, we covered everything that you wanted to hear about. Big thanks to Donovan Grant and Joshua Lapin-Bertone for being on site at SDCC for The Batman Universe. Anything mentioned above jumps out at you?