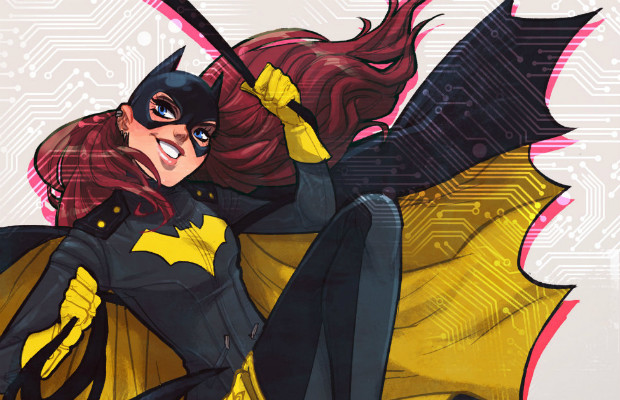 As we have already reported here at TBU, DC is making some pretty significant (and for many of us, long-awaited) changes to various titles and creative teams in their New 52 line.  The Batman family of titles gets two new titles in October (Gotham Academy and Arkham Manor) and two other titles which have been under constant criticism from contributors to the TBU podcasts and website (Batgirl and Catwoman) are both getting changes to their creative teams as well as completly new focal directions.  Batgirl, in particular, is getting a completely new redesign and the new creative team have specifically talked about introducing more fun to the title with less darkness and grit.

But what do these changes tell us about the New 52 as a whole?  Other comic websites have argued that this is a sign of the major comic publishers finally taking on talent and sensibilities from successful independent titles and publishers.  I think there is probably some truth in that assertion.  In the Batman titles particularly, perhaps the introduction of the new group editor can account for part of the changes.  However, I want to offer a simpler solution:  people still like fun comics.

Comic book fans are not monolithic.  Long-time fans of Batman are sure to have an ironically soft spot in their heart for storylines that are dark and gritty, and certainly the Nolan Batman movies capitalized on that soft spot.  But, even in the history of Batman, not all stories and even not all of the most cherished stories are all "Darkness! No Parents!*" (well, I guess the no parents thing is pretty universal among Batman stories).  Batman can be fun and even funny and depsite the fact that we don't want all campy, all the time (I'm talking to you Schumacher) we don't want all darkness and gritiness either.  And, despite the fact that DC made great efforts to make its whole New 52 line reflect that one dark, serious tone by insisting that no one could be married and that Batman in particular could never be happy or have fun, maybe we're seeing the publisher not well-known for admitting tonal mistakes doing just that.

To illustrate my point, let's look at the still relatively new title, Harley Quinn.  Although still a super-villain, Harley has always been synonymous with humor, light-heartedness, and fun.  It's why so many of us shuddered at Harley's mass-murder of children in her Villain's Month issue last September.  However, (and luckily so) the Harley Quinn title that grew out of that single issue has been right on point matching Harley's tone.  The creative team of Palmiotti and Conner have even mentioned in interviews that DC was giving them a little free reign to set a different tone than its other ongoing titles.  And more than that, it has been incredibly successful for doing so.

June 2014 saw Harley Quinn once again break into the top ten highest selling comics for the month with issue #7 taking the fourth-highest spot on the list (Batman is regularly in the top ten as well and regained its traditional #1 spot again in June as well).  Further, even though the title is only seven issues into what will hopefully be a long run, it has performed better than almost any other TBU title (or DC title at all, for that matter) since its introduction**.  Surely not all of that success can be attributed to the newness of the book itself.  Instead, I think it's a sign that the tone shift is paying off, literally.

Maybe this is what is driving the changes in the other books, after all DC is no stranger to changes motivated by profit rather than creativity or response to readers, but even so, I welcome the change.  The Gail Simone run on Batgirl and the Ann Nocenti run on Catwoman have felt like one missed opportunity for a different tone and for stories with less uniform darkness, sadness, and trauma, but absent a clear signal that a different tone could also be financially successful I think DC has been reluctant to make changes.  Even more unfortunately, I think DC has been too quick to hide behind the perfectly legitimate desire to have female writers and artists on books that center around prominent female characters and use that as a justification for keeping the particular creative talent on those books.

But, whatever their motivation, I think these changes and the upcoming titles (all of which come in October) signals DC's willingness to introduce new, fun tones into their books.  And if they are willing to do this in the family of titles which they said were specifically supposed to be dark and traumatic, who knows what other changes may be coming.  Maybe we'll finally see Bruce be able to have a long term relationship?  Maybe the Gordon's can finally work out their family issues?  Maybe we won't see the entire Bat-family plagued with unnecessary and unexplained hatred for and distance from Batman?

Maybe these new changes aren't the changes we deserve, but they are surely they changes we need right now.