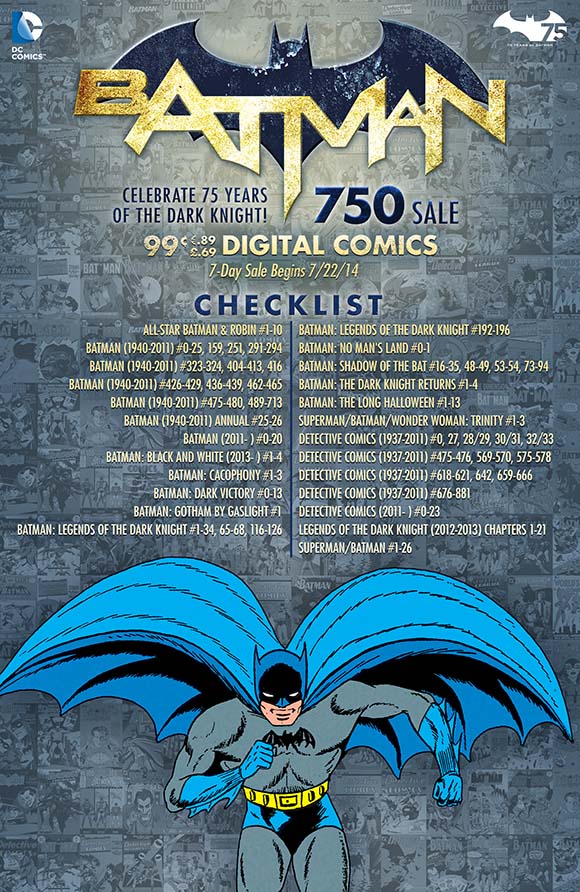 In the midst of all the other ways DC is celebrating Batman’s 75th anniversary this month, DC has announced a week-long sale on 750 issues of various Batman titles all for 99¢.  These titles span all of Batman’s 75 years and include his debut in Detective Comics #27.

Key Batman titles and storylines featured in the sale include Batman: The Dark Knight Returns, Batman: The Long Halloween, Batman: No Man’s Land, Batman: Year One, Batman: Hush, Batman: The Court of the Owls, All Star Batman & Robin the Boy Wonder.

The 7-day sale begins today, July 22 with these various issues being available on comiXology, Google Play, iBooks, Kindle Store, and Nook Store.  In addition to the reduced-price single issues, as part of this digital sale, DC will also have a 24-hour eBook sale on 10 graphic novels only on Batman Day (July 23rd) across all digital partners.  See the image above for the full list of issues included in this digital sale.