New Details and Announcements for YA and Middle-Grade Graphic Novels 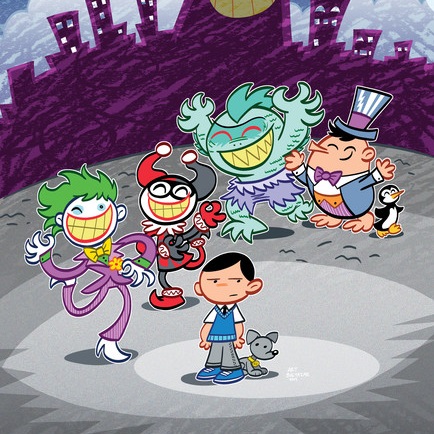 You may have recently heard the news that DC Ink and DC Zoom will no longer be used as the names of the young adult focused and the middle school focused lines from DC Comics. While this doesn’t present that much of an issue, it sure is difficult to describe what exactly these are going off of just the new age-based rating system. That being said, DC Comics was in attendance at American Library Association’s annual convention and announced new details for previously announced titles, as well as some brand new offerings coming in the future.

Starting with the books that were given release timeframes that fall in line with the Batman Universe, these first four titles just had the artists and cover art revealed a few weeks back. These would have been part of DC Ink.

In addition to the titles with release dates, there were also a number of new titles announced that are planned for 2020 and 2021. Some of these have very little information at this point and the titles are not final yet.

And while it may seem like there is a lot of titles on this list, this was actually only a fraction of the overall announcement as there were tons of other titles announced as well outside of the Batman Universe. Have you picked up any of the recent releases or are you looking forward to any of the future releases? Be sure to share your thoughts below.