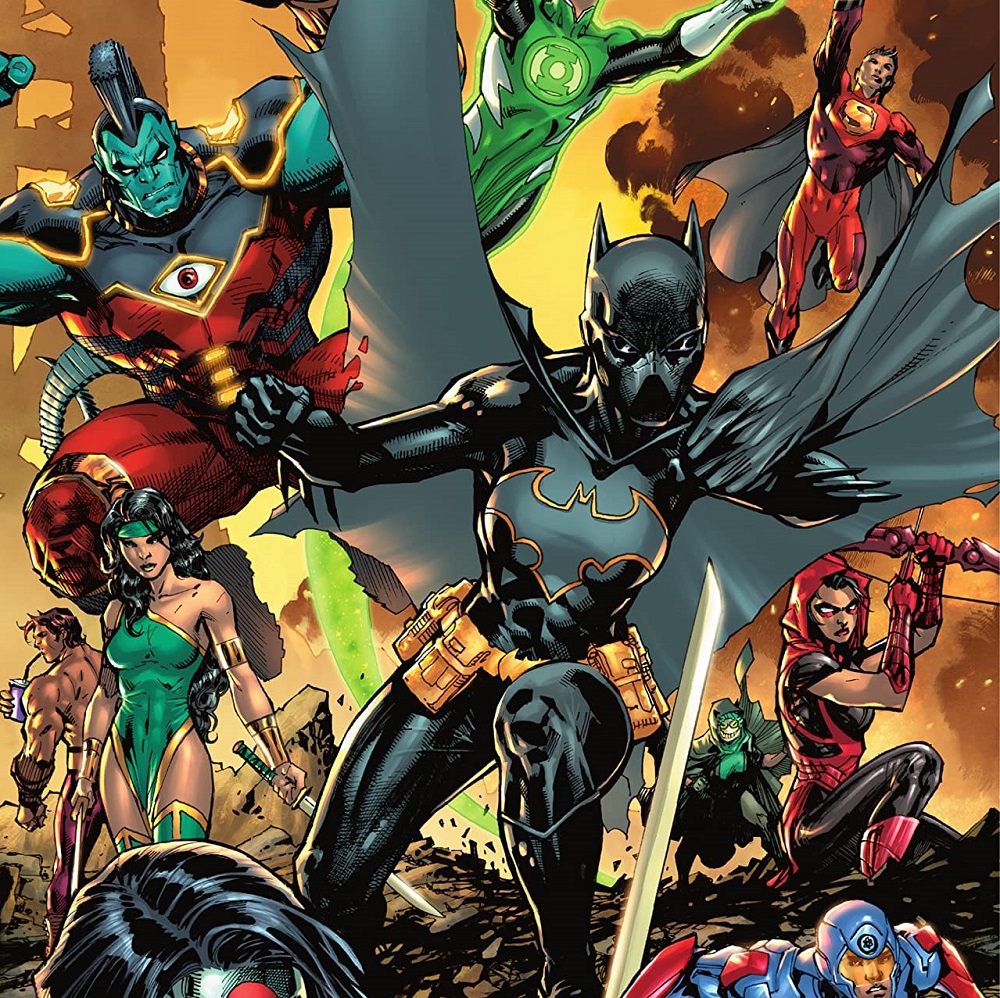 Editor’s Note: Due to the anthology nature of this collection, along with our focus on the Batman Universe, we will feature a brief overview of some of the stories, while giving more focus to others. The analysis section will cover the entire issue as a whole rather than our typical anthology issue reviews. Spoilers are sure to be revealed.

Synopsis: The first story in DC Festival of Heroes #1 comes from writer Mariko Tamaki and artist Marcus To. The story titled “Sounds” centers on Cassandra Cain as Batgirl.  She is trying to learn to speak when she gets a call from Oracle.  She tells Cass that she has located the target, a Dr. Chin.  Cass suits up and goes.  She recounts briefly her history and how she was never taught to speak so she could focus on the body language and motions of her targets.  She thinks words are a distraction and silence is a focus.  She sees a man who looks like he is a civilian but she sees that he is not by the way he is standing and how he is holding his hand to conceal a gun in his pocket.  She quickly takes him down and enters.  She strikes in silence and ruthlessly defeats her enemies.  She finds the doctor and frees him.  He turns and sees Batgirl and he is smitten with her.  He actually asks her out but she says nothing.  Both leave.  Back in her apartment, Cass changes and goes out.  She purposely runs into Dr. Chin and when Dr. Chin discovers that he has no straw, she gives him one.  He thanks her and she says your welcome and walks away.

The second story features Green Lantern (Tai Pham).  He is first laughed aft for his native attire of a do dai, a garment that looks like a dress to the western world.  He remembers an encounter he had with the Yellow Lantern Arkillo who also laughed at the Lantern’s uniform which he fashioned after the do dai.  He defeats Arkillo and suggests he help him with his uniform design.  The moral is why meld with the crowd when you can stand out.

Green Arrow, Connor Hawke, and the new Super-Man of China are the main characters of the next story, “Hawke and Kong”.   Hawke is trying to get home with a package but he is attacked by a giant robot, but he is helped by Kenan Kong, the New Super-Man.  Kong however is sloppy and Arrow has to lend a hand, unfortunately, his package of kimchi is destroyed.  Hawke returns home to tell the bad news that their dinner is ruined.  Kong arrives with a replacement he got from China, pao cai which he says is even better.  Kong is invited to stay and dinner is served.

The next Batman Universe story, titled “Special Delivery”, comes from writer Aniz Adam Ansari and artist Sami Basri and focuses on Robin (Damian Wayne).  Batman has a case; someone is taking out pizza delivery people in Gotham.  Bruce suggests that Damian take the night off, he will handle this case.  Robin has other ideas.  He discovers that all the victims worked at the same restaurant, the pizza pit and the killings could only have been done by a professional.  He attacks and discovers that the restaurant is run by the League of Assassins and the fight is on.  Robin dispatches the assassins and tries the pizza, it is terrible.

The next story comes from writer Ram V and artist Audrey Mok titled “Masks”. The story gives the origin to a new character in the Catwoman title, Cheshire Cat.  She recounts her earlier life and why she took up a mask after seeing Catwoman in Gotham.  She runs into some thugs and tries to stop them only to be beaten and saved by Catwoman.  On the rooftops, Selina encourages the child who previously appeared as Shoes, Lian Harper.

The short story from writer and artist Dustin Nguyen, “What’s in the Box” is a quick tale featuring Cassandra Cain as Orphan.

The Outsiders take center stage in “Family Dinner”.  Grace Choi has a dinner date.  She is going with her lover, Anissa Pierce also known as Thunder to meet her father, Black Lightning.  Jefferson Pierce is hard on Grace.  He accuses her of putting his daughter in harm’s way. Grace retaliates and argues back.  Dinner is soon interrupted by Mammoth who attacks Grace. The Pierces change into their costumes and joins the fight.  Mammoth is helped by Shimmer and the fight continues with Mammoth and Shimmer eventually being defeated.  Black Lightning apologizes to Grace and invites Grace to family dinner next Monday.

Emiko, the Red Arrow is the focus of “Kawaii Kalamity”.  It is a weird story that is basically her dream while she is taking a nap with a stuffed animal.

“Festival of Heroes” features Katana, Cyborg, and Blue Beatle.  Katana is there to provide protection at the Asian American Pacific Islander Heritage Festival.  The festival and the people are being harassed by the Knights of the Brotherhood.  They are a white nationalist group that is targeting the Asian community.  The three go out in search of the Knights and they experience the Asian culture but the party is interrupted by the Knights of the Brotherhood.  The three heroes fight but the brutes are powered by the chaos stone.  Katana destroys the stone which depowers the Knights and they are then attacked by the Asian civilians who run them out.

In “Perceptible”, Atom is fighting a quantumscopic bacteria in a person’s body. With some difficulty and damage to his quantum belt, Atom frees the man from the bacteria and saves the day.

The final story is the debut of the Monkey Prince.  He disguises himself as Shazam and fights Dr. Sivana.  We see that he does not have much respect for the heroes and he goes to school with Billy Batson.

Analysis: In general, I do not like anthology issues. The stories are way too short and there is very little chance for real development. But for DC Festival of Heroes #1, there were some highlights.

My two favorite stories were the Batgirl story at the beginning and the Katana story  Both had fantastic art as well as heart.  I liked getting into Cass’s head and how she sees the world without words. I liked the Asian culture being showcased in the Katana story.

I also liked the Outsiders story mainly for the art and the action.  I liked that Jefferson was overprotective of his daughter but when he saw how she fought alongside Grace, he admitted that he was wrong and too hard on Grace.

It is also worth mentioning that DC Festival of Heroes #1 features pinups with other Asian characters that may not have been included in any of the stories. From the Batman Universe, Talia and Ra’s al Ghul both appeared from artists Jae Lee and June Chung. Lady Shiva also appears from artists Kevin Wada and Jen Bartel.

The main issue with the other stories is that there is just not enough space to tell more. Some of these characters are supporting characters at most in normal DC Universe stories and these stories didn’t do much to elevate them enough even when they took center stage.

This story gives a good glimpse into the various Asian characters of the DC universe but I prefer longer stories to flesh out issues and themes.