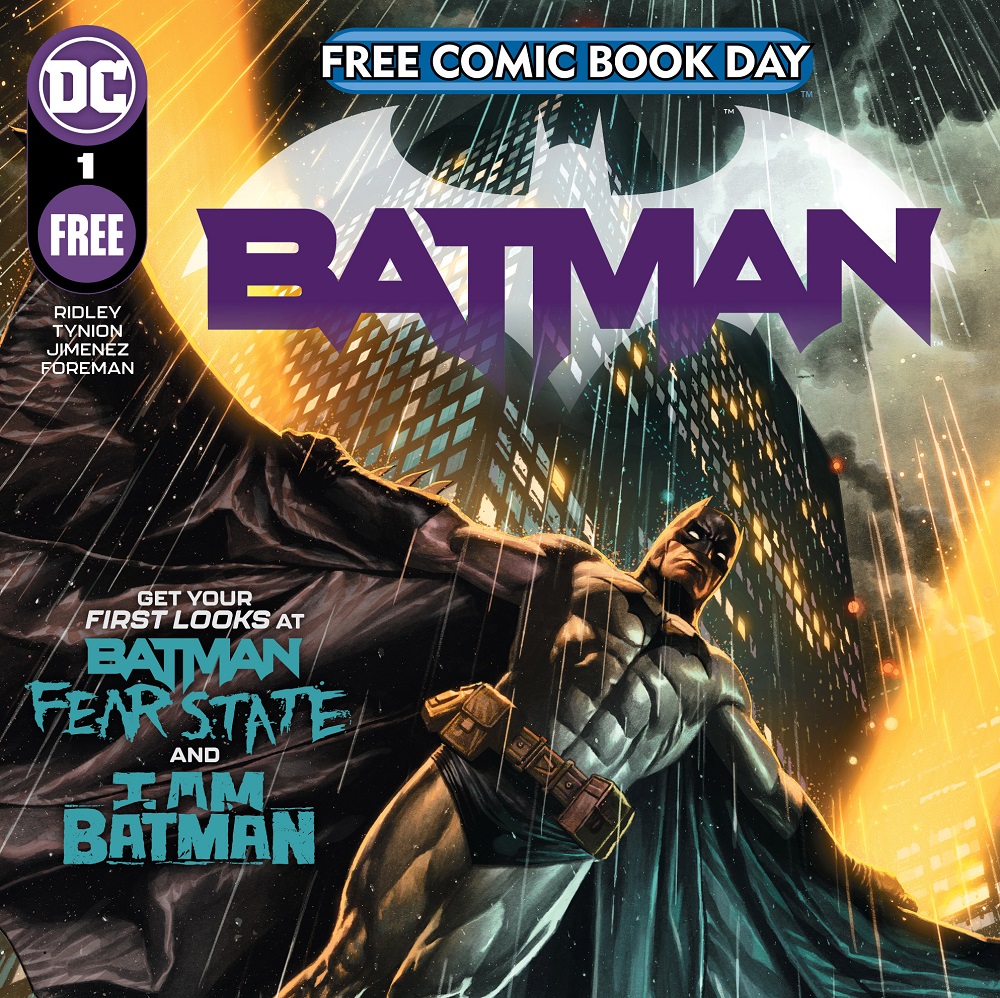 Free Comic Book Day is typically at the beginning of May. But with the pandemic shifting things last year and causing a number of changes within DC Comics, 2021 is looking to be different. Free Comic Book Day 2021 has been set for August 14 and DC has announced their offerings for the event.

Starting off with the titles that will be sought by Bat-Fans, Batman FCBD Special Edition is one of two books that will headline the event. The issue will feature a look at the upcoming Fear State event as well as the new I Am Batman series. Here is the full solicitation.

The Batman creative team of GLAAD Award-winning writer James Tynion IV (Detective Comics) and Jorge Jimenez (Justice League) take their epic run to the next level. Gotham City is on the brink of a violent evolutionary path as the danger level to Batman and his allies reach a fever pitch. The Magistrate now has full support from the mayor to handle high-level law enforcement in Gotham and branded the Dark Knight as Public Enemy #1. Plus, the Scarecrow has his own terrifying agenda as he launches his master plan in the chaos. This is the first look at the epic Fear State event that will run across Batman titles beginning this Fall.

The new Dark Knight, Jace Fox, has arrived in this sneak peek of the upcoming I Am Batman series written by Oscar® winner John Ridley (The Other History of the DC Universe) with stunning art by Travel Foreman (The Next Batman: Second Son). Fans will get a taste of this blockbuster storyline starring the newest Caped Crusader in this 32-page FCBD special edition.

The other main title will be Suicide Squad focused with a special edition issue of Suicide Squad featuring King Shark. The issue will also give a preview of the upcoming Suicide Squad: Get Joker! limited series.

Rounding out the additional offerings will be preview issues of multiple original graphic novels. Teen Titans: Beast Boy Loves Raven will be the title focused on the young adult crowd, while the middle-grade readers can enjoy a flipbook showcasing Batman & Robin and Howard and Amethyst: Princess of Gemworld.

All four of the offerings will be available at participating comic stores on Free Comic Book Day 2021. Mark your calendars for Saturday, August 17, 2021 to enjoy these special offerings from DC Comics.