TBU Editorial: The Return of the Bat-Family? 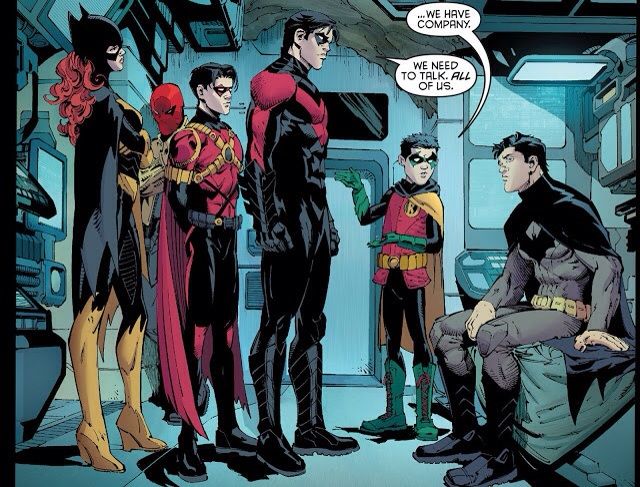 Today DC released two major Batman announcements: Shadows of the Bat and Batgirls. The former is the post-Fear State 12-part storyline written by Mariko Tamaki in the pages of Detective Comics. The latter is the long-awaited title starring former inheritors of the Batgirl mantle Stephanie Brown and Cassandra Cain, aided by Barbara Gordon as Oracle. Is this title cementing the return of the Bat-Family? 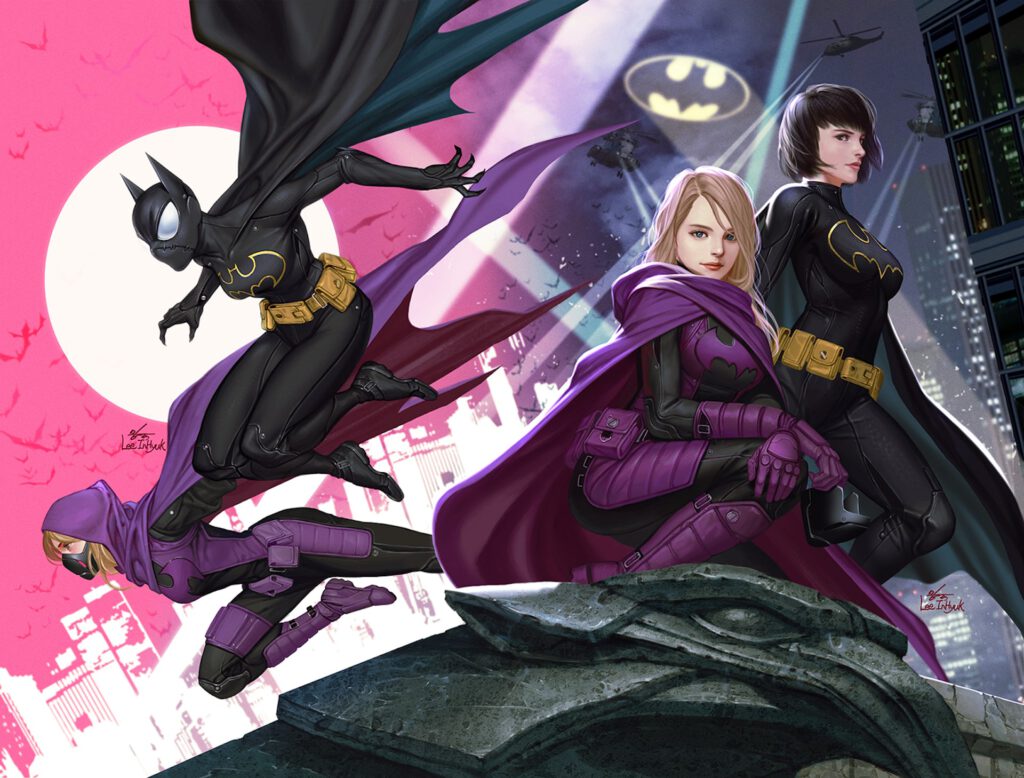 This follows a series of announcements and stories that have been concertedly featuring the Batman Family, and the extended one most beloved by fans. Earlier this week it was announced for the upcoming Batwheels cartoon series that the Robin and Batgirl identities would be that of Duke Thomas and Cassandra Cain, respectively. The week before, the Batman: Wayne Family Adventures webtoon – and online comic officially published by DC spotlighting the Bat-Family – hit the internet and in a matter of days is sporting a cool 511,500 subscribers at the time of this writing – thousands more than those who purchase the monthly Batman title.

Still, even those examples are part of the rising tide of Bat-Family content. Tom Taylor’s current Nightwing series introduced the Bat-Family text chat, which includes all Batgirls and Robins, complete with color-coded representation. 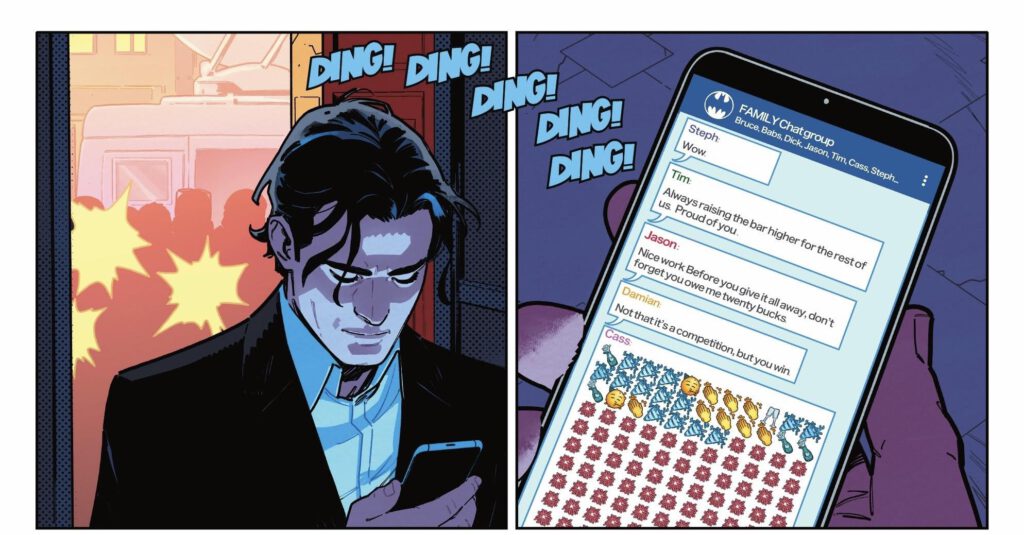 For longtime Batman readers, the Bat-Family became an increasingly integral part of the comic series, coinciding with the rise of internet fandom. With characters who’ve lasted for close to a hundred years like Bruce Wayne and Dick Grayson, to over fifty years with Barbara Gordon, the history of their adventures is punctuated with both the many interpretations by various writers and the long-running new heroes introduced along the way. Tim Drake, Stephanie Brown, and Cassandra Cain each have had their own titles to cultivate a larger fandom as well as supporting stories in the Batman comics, but media representation has been scant. Newer characters had a far tougher time finding the spotlight, compared to the many cartoon versions of the original Batman, Robin, and Batgirl. Priorities were different back then, with no better example than the amalgamized Robin in The New Batman Adventures, who had the combined traits of both Jason Todd and Tim Drake.

It’s understandable, given the larger recognition factor audiences have with the Batman, Robin, and Batgirl characters. Audiences are familiar with the “Triumphant Trio” from the 60s Batman show and 1997’s Batman and Robin, as well as Batman: The Animated Series. When the 2004 cartoon The Batman introduced its Boy Wonder and Dominoed Daredoll, its reliance on the originals was excused by the show itself set in the early days of Batman’s career.

This – in turn – had an effect on the comic books, specifically Batgirl. While the mantle of Robin continued to be passed down into different characters, the powers that be at DC argued that then-current Batgirl Cassandra Cain, adorned in a full-faced all-black leather costume,  was too far removed from the smiling Batgirl of pop culture’s memory. In 2009, teases were made to return the adult Barbara Gordon back into the role before it went to Stephanie Brown, a youthful crime-fighter and former Robin herself. Two years later, a company-wide reboot of the comic line brought Barbara back into the role of Batgirl, with her traumatic paralysis still in continuity but reversed, and the subsequent Batgirl erased from history. The argument remained that Commissioner Gordon’s daughter was the iconic Batgirl that people expected to see.

And so it went for the comics for a long time. Barbara Gordon was Batgirl, Robin was Dick Grayson who could still grow into Nightwing, and the younger three male Robins still existed in some form or fashion.

The cast was altered to keep recognition simplified for people familiar with the franchise through other media, instead of introducing them to the larger world of the comic series with the other media as a springboard. Suddenly the idea of DC as one of the comic book empires fell back on itself, chasing a hypothetical audience that wouldn’t stick around long enough for the changes in cast and continuity to justify itself. Suddenly, heroes and villains (like Mr. Freeze for example) become different than the media that took inspiration from the work that inspired it for the sake of new fans. Batman’s iconic origin – recently adapted into an animated movie – is changed by mandate to keep in line with the truncated five-year timeline of the superheroes’ careers. Archenemies are reimagined in exciting and fresh ways, but are rendered so haphazardly unrecognizable  – or exactly the same – that the confusion remains even if history is meant to be streamlined.

Needless to say, it didn’t work, and in 2016 with the Rebirth relaunch, DC sought to rectify the mistake and slowly restore what fans remembered as their characters. It took a few reboots, including a multi-series crossover culminating in Dark Knight Metal Multiverse (too many and too confusing to reasonably keep up with), but we’ve arrived full circle. In no small part, this was managed with the work of several young creators who yearned for the return of the DC they grew up with. James Tynion IV brought back not only Cassandra Cain and Stephanie Brown, but Tim Drake’s original character history, Jean Paul Valley, and the interpersonal dynamic between the characters in his runs of Detective Comics and Batman. Writer Sarah Kuhn and artist Nicole Groux, both professional fans, spotlighted Cassandra in her own YA Graphic Novel. Other new characters like Duke Thomas and Harper Row, young heroes who continue to defy the white/heteronormative boundary of the Silver Age characters, continue to enjoy existence in backups and titles like Batman: Urban Legends and Batman and the Outsiders.

Have we come full circle? With the onset of the Batgirls title in addition to the Robin & Batman book and Robins miniseries, one wonders how long this can last, and if there’s a downside to finally getting what fandom has clamored for in the past ten years. It’s thanks to the online artists, fanfiction writers, and bloggers who’ve made the current Batman present possible, so one looks for warning signs.

That may be premature, on this new day of possibility. For now, let’s bask in the sunlight. 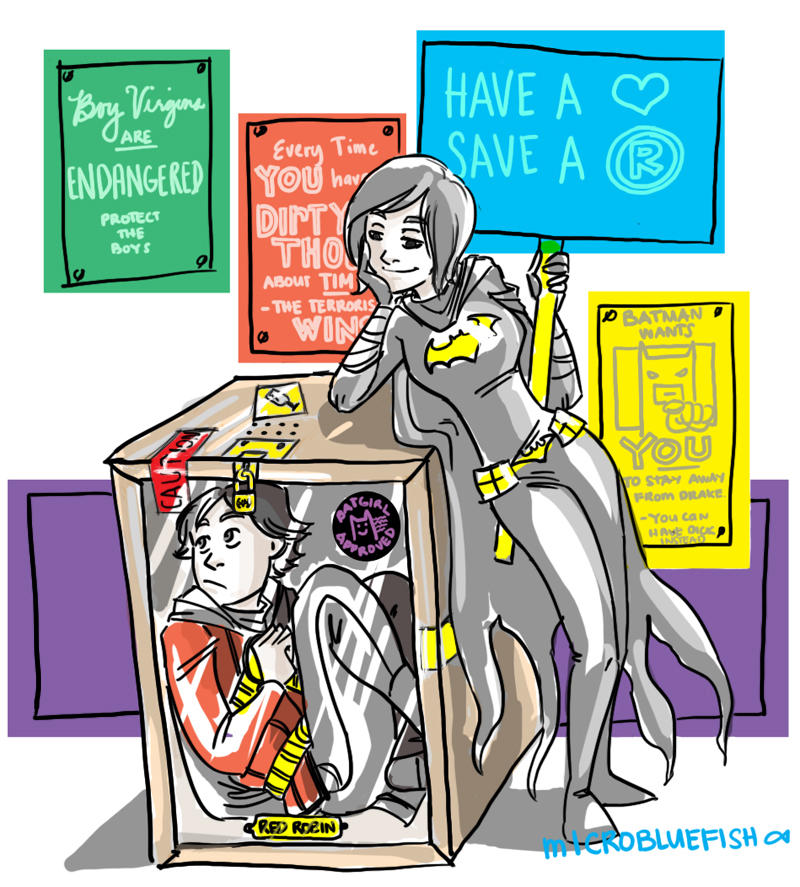