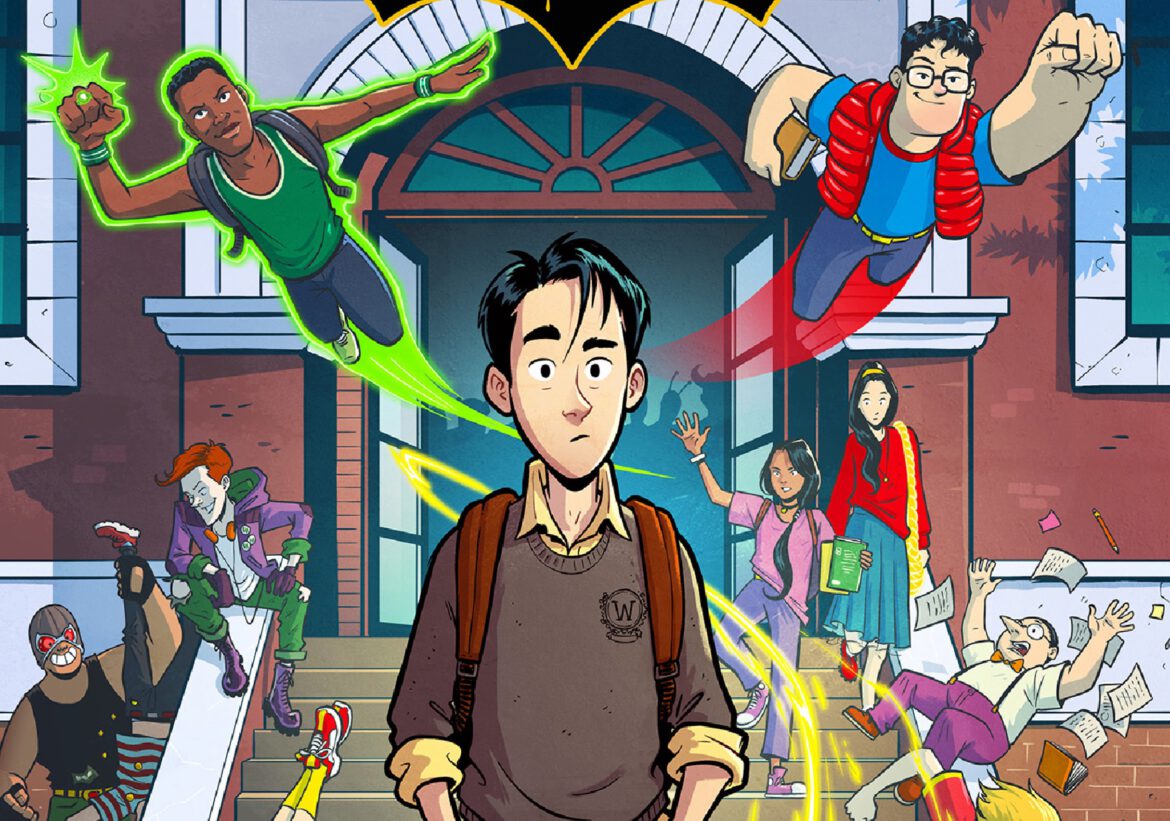 On the heels of the announcement of some new young adult titles, DC Comics has announced two new middle-grade graphic novels for Spring 2023. Both of the new titles feature the Batman Universe.

The first title is Bruce Wayne: Not Super and pairs writer Stuart Gibbs with artist Berat Peckmezci. The new title de-ages Bruce Wayne and other famous superheroes to the age of school children with an alternate origin story. 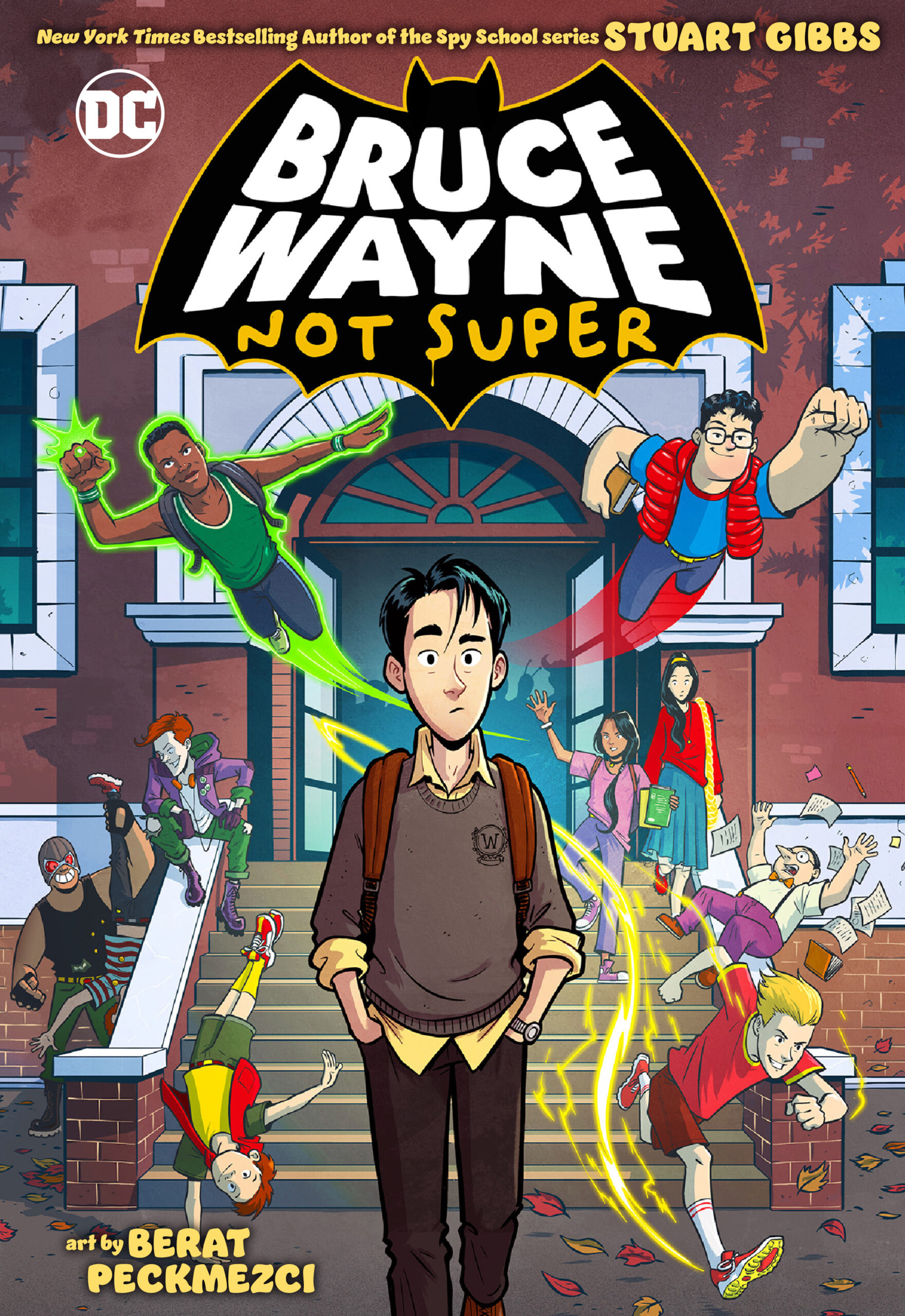 It’s hard enough being in middle school, but it’s even worse when you’re the only kid at your school who doesn’t have super-powers. Bruce does have a goal though: he wants to make a difference in the world. But how can he do that when he doesn’t have any powers? While the Future-Supers are currently content to simply use their gifts to glide through school and court popularity, Bruce struggles to figure out if he has any gifts at all — and if so, how to use them. His challenge comes when he discovers fellow student Jack Napier and his hired bully Bane shaking down lesser-powered students for money, including that hapless kid Dick Grayson. Someone must stand up to them and somehow, it’s going to be Bruce!

The next title is Fann Club: The Batman Squad which features writer and artist Jim Benton. The story follows the misadventures of Ernest Fann, a boy who looks up to Batman. 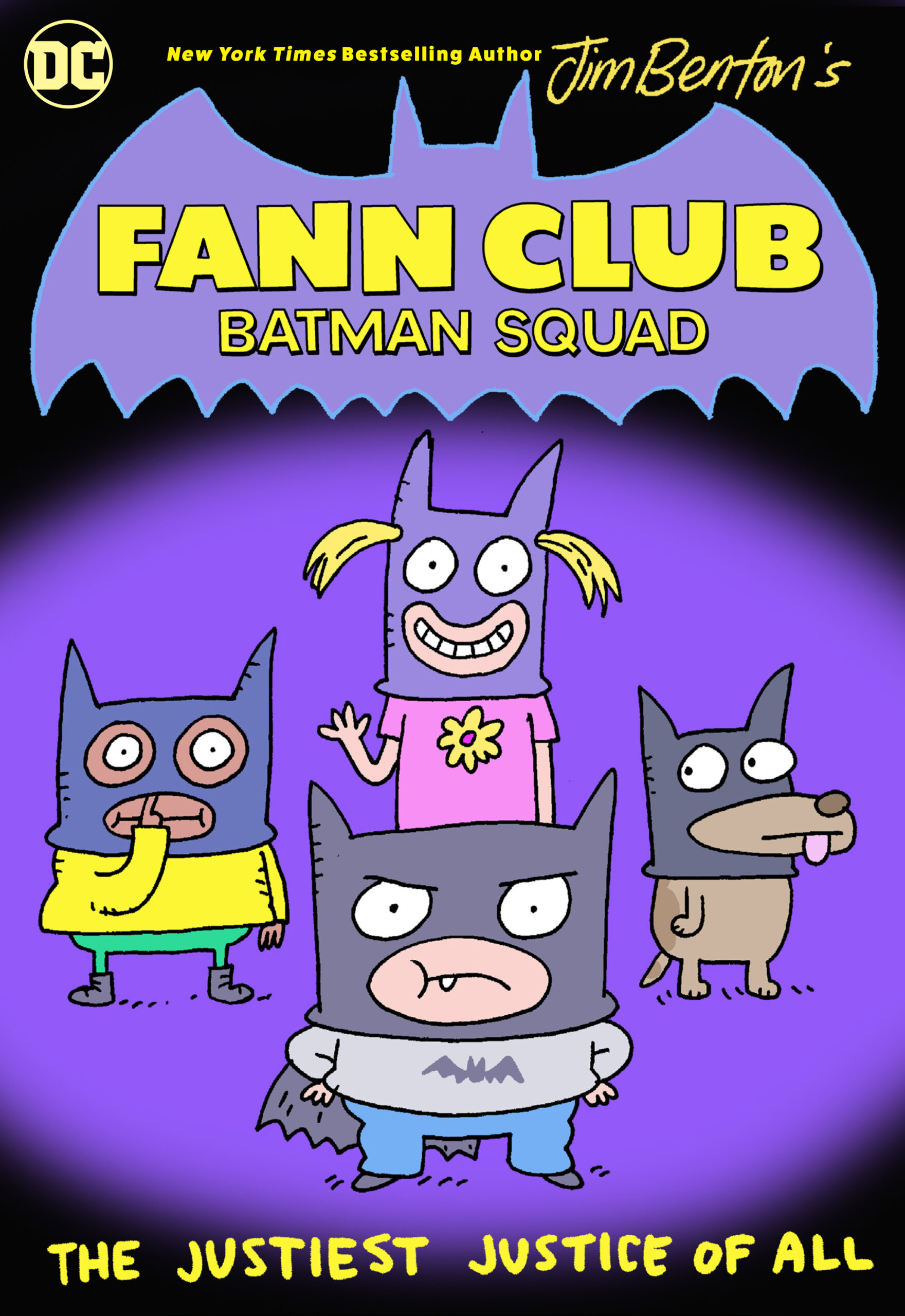 With no particular training or superpowers, Ernest decides to set up a crimefighting unit consisting of his immediate friends and his dog. Ernest takes on the name of Gerbilwing, his best friend Jack becomes Nightstand, his sitter Harriet is dubbed Nightshadow, and his dog Westy takes on the crime-fighting alias of Night Terrier.

Their very important training exercises—all designed by Ernest, of course, consist of Scowling, Standing Mysteriously on A Roof, and going on neighborhood patrol. But things get complicated when Ernest and Jack—a.k.a Gerbilwing and Nightstand—visit a bank that happens to be in the middle of a robbery. And not just any robbery, but one that’s being committed by a werewolf! What’s his connection to a number of “disasters” that have been going on in Ernest’s neighborhood? Will The Batman Squad taste defeat on their very first day of crime-fighting?