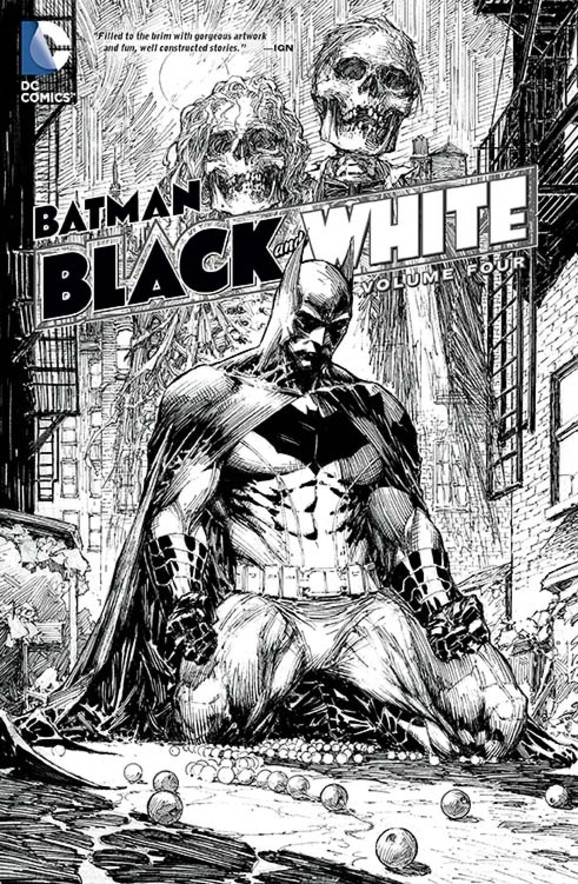 DC has released some advanced solicitations for Batman-related graphic novels and trade releases that will be available throughout the month of January and February.  Several of these are collected editions of ongoing titles (like the final trade collection of the now-cancelled Birds of Prey title) but January and February’s offerings also include a trade collection of Batman Black & White Vol. 4 as well as trade paperback collecting issues #61-76 of the JLA title which ran from 1996 to 2006 and a hardcover delux edition of Darwyn Cooke’s The New Frontier miniseries.  Also of note is the trade paperback edition of Beware the Batman Vol. 1 based on the animated television series.

BIRDS OF PREY VOL. 5: SOUL CRISIS TP
Written by CHRISTY MARX
Art by ROMANO MOLENAAR, SCOTT McDANIEL, JONATHAN GLAPION, DANIEL SAMPERE, ROBSON ROCHA, JORDI TARRAGONA, MARC DEERING and OCLAIR ALBERT
Cover by JORGE MOLINA
On sale JANUARY 21 • 232 pg, FC, $17.99 US
The Birds find a new benefactor and a new mission: to take down Ra’s al Ghul! But when Black Canary confronts the Demon’s Head, he makes her an offer that could save her husband! Will she take him up on it? Find out in these stories from issues #25, 27-34 and BIRDS OF PREY: FUTURES END #1.

DC: THE NEW FRONTIER DELUXE EDITION HC
Written by DARWYN COOKE
Art by DARWYN COOKE, J. BONE, DAVE BULLOCK and others
Cover by DARWYN COOKE
On sale FEBRUARY 11 • 480 pg, 7.0625” x 10.875” FC, $49.99 US
Darwyn Cooke’s acclaimed take on the Silver Age heroes of DC Comics is back in a new hardcover collecting the 6-issue miniseries plus, for the first time, JUSTICE LEAGUE: THE NEW FRONTIER SPECIAL #1! When Cold War paranoia outlawed the heroes of the Golden Age, stalwarts such as Batman, Superman and Wonder Woman continued to fight for truth and justice. But as the world hurtled toward an uncertain future, a new breed of hero would define the American Way!

INJUSTICE: GODS AMONG US VOL. 2 TP
Written by TOM TAYLOR
Art by JHEREMY RAAPACK, MIKE S. MILLER, TOM DERENICK and others
Game art cover
On sale JANUARY 7 • 224 pg, FC, $16.99 US
From the ashes of Metropolis come Superman and the JLA’s newest ally: Lex Luthor! Against all odds, he’s not only survived but now embraces Superman’s goals. Of course, Lex has his own ideas for how to create a better world. The Man of Steel trusts him, but can the rest of his allies be so sure? Collecting INJUSTICE: GODS AMONG US #7-12 and ANNUAL #1!

JLA VOL. 6 TP
Written by JOE KELLY
Art by DOUG MAHNKE, TOM NGUYEN, YVEL GUICHET, LEWIS LaROSA and others
Cover by DOUG MAHNKE and TOM NGUYEN
On sale JANUARY 21 • 432 pg, FC, $24.99 US
With Wonder Woman’s Lasso of Truth severed, the very concept of truth has been fractured – and the Justice League must contend with a world redefined by the dreams and fears of the human race. Then, the JLA battles for control of Atlantis with the help of some mages…and when only Batman remains, the Dark Knight assembles an unexpected new Justice League! Don’t miss this title collecting JLA #61-76.