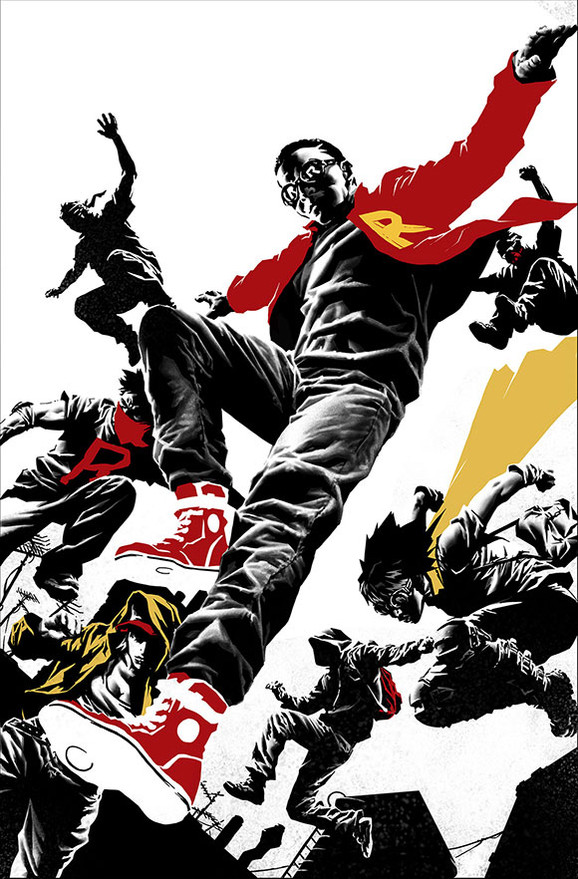 DC Comics announced today in a press release, that they are starting 24 new comic book titles starting in June after the end of the publisher-wide “Convergence” event.  These 24 books will join the 25 existing titles for a total of 49 titles, not the standard number of 52 which the publisher has used since re-branding and rebooting their main continuity line in 2011.  However, it’s important to note that although “Convergence” is an event meant to re-examine many old/alternate continuities, the current “New 52” continuity will continue in both the existing and new titles and will likely just not include the label of “New 52” anymore.  The press release also stated that while there will be 49 titles in June that they are planning on adding some new ones through the end of the year (which is important given that several of the new titles are 6-issue limited series).  However, these new titles are also met with a some cancellations that will also come with the June mini-launch, including Earth 2, Batman and Robin, and Red Hood and the Outlaws.

DC Co-Publisher Dan DiDio said in the release, “This heralds in a new era for the DC Universe which will allow us to publish something for everyone, be more expansive and modern in our approach and tell stories that better reflect the society around us.  Whether you’ve been a DC fan your whole life, or whether you are new to comics – there will be a book for you beginning in June.”  The article went on to say, “DC Comics will be keenly focused on going back-to-basics with its legendary characters, like BATMAN, SUPERMAN and WONDER WOMAN, while also reinventing key characters, such as BLACK CANARY, BIZARRO, CYBORG and STARFIRE, with a new contemporary tonality to ensure a diverse offering of titles.  Top writers and artists, as well as emerging fresh voices, are on board to help create an expansive lineup of comics that appeals to a broad audience of fans.  In this new era of storytelling, story will trump continuity as we continue to empower creators to tell the best stories in the industry”

DC’s other Co-Publisher Jim Lee was also quoted as saying, “More than ever before, DC Comics fans are being exposed to our rich portfolio of characters through multiple sources, including an unprecedented number of highly successful TV shows, video games and upcoming major motion pictures.  We are looking to extend that experience within publishing to ensure there is a comic book for everyone.  For example, fans of the ARROW television show may want more stories about BLACK CANARY. Now they can find modern, fresh takes on the character in the pages of her standalone series both in stores and digitally.  Beyond character and creators, the June slate will showcase different styles and approaches to storytelling as we add offbeat, irreverently funny titles such as BIZARRO, BAT-MITE and PREZ.  Truly there will be something for everybody as we simultaneously celebrate our rich legacy while embracing new voices and concepts.”

In addition, fans of Batman will take particular note that several of the newly-announced comic books are related to the Batman Universe and while we don’t have solicitations or much information about what each title will center on, the titles tell us quite a bit.  These titles include a new Batman Beyond title (rumored to be Tim Drake and not Terry McGuinness), limited series featuring Bat-Mite and a Harley Quinn/Power Girl team-up, a new Justice League of America title, a Starfire book (which I only include because of the character’s relationship with two former Robins), a possible spin-off of Grayson with Midnighter, a new take on Black Canary by Batgirl co-writer Brenden Fletcher, and three new books featuring current and former Robins – Red Hood/Arsenal (taking the place of RHATO), Robin: Son of Batman (taking the place of Batman and Robin), and We are Robin (which is said to focus on every character to have taken up the mantle of Robin).  The titles related to the Batman Universe along with their creative teams include:

For the full list of newly announced titles (as well as a list of current titles that will continue after “Convergence”) see this link and be sure to let us know which title you are most excited about.