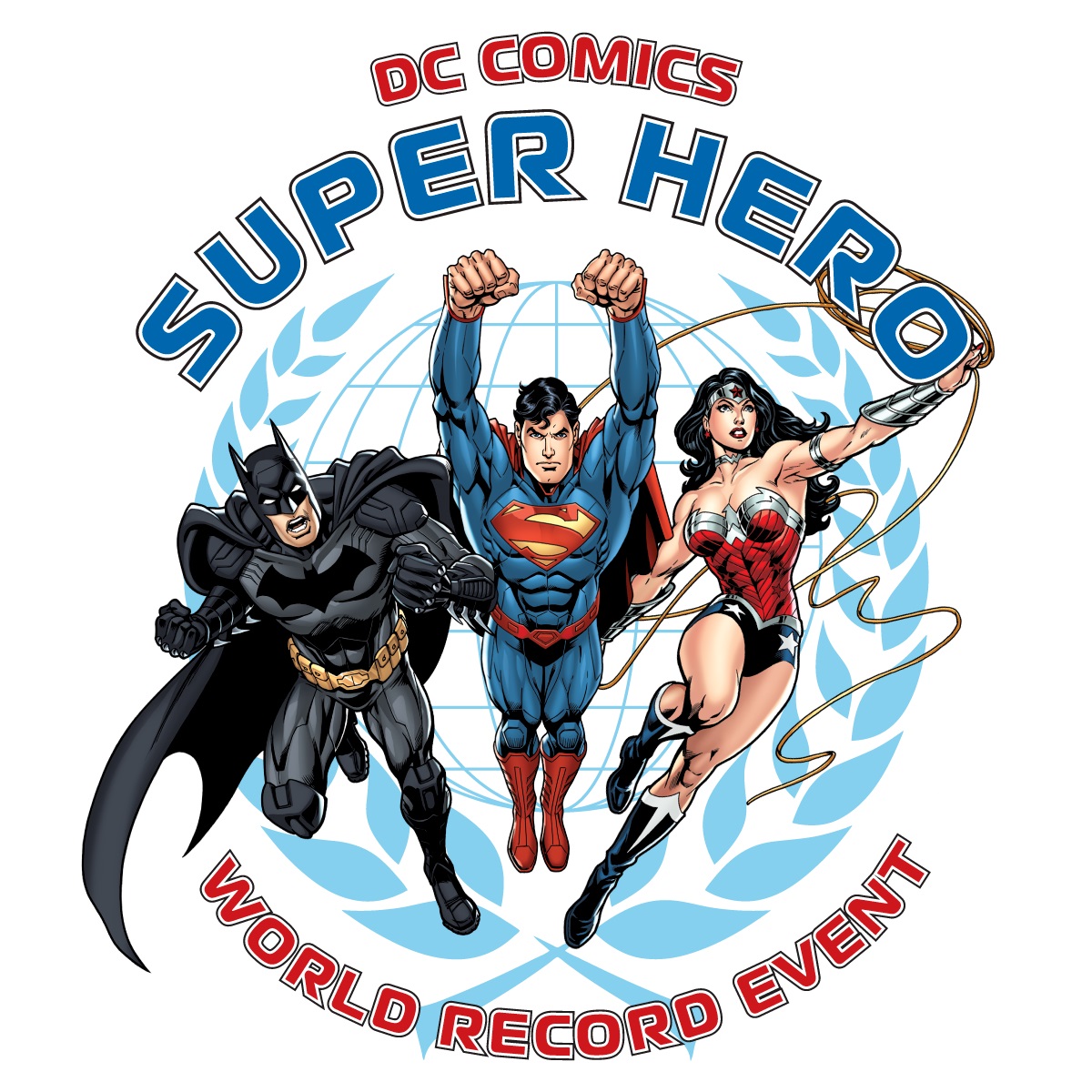 DC Comics and Warner Bros. are calling all cosplayers and fans alike to partake in a worldwide event to set a new world record. Across the world, fans are being asked to dress as their favorite DC superhero and join at venues across the world. Details can be found below on how to partake and be a part of this one of a kind event. Burbank, Calif., March 12, 2015 – Warner Bros. Consumer Products (WBCP) and DC Entertainment (DCE) today announced plans to set a world record for the largest gathering of people dressed as DC Comics Super Heroes held at multiple venues around the globe within 24 hours. The DC Comics Super Hero World Record Event – to take place on April 18, 2015 – will kick off in Queensland, Australia with a celebration at Movie World Australia theme park, and come to a commemorative close in Los Angeles, CA, USA at Hollywood & Highland.

“Warner Bros. Consumer Products is thrilled to team up with partners around the world to set the world record for the most people dressed as DC Comics Super Heroes,” said Brad Globe, President, Warner Bros. Consumer Products. “We invite fans of all ages to come out for this exciting family event and don their capes, cowls and masks to represent their favorite DC Comics Super Hero.”

At each event, fans dressed as DC Comics Super Heroes will gather to celebrate with interactive games and activities inspired by the famed world of DC Comics before formally attempting to set the world record. The DC Comics Super Hero World Record Event cities unveiled today, include:

To participate in setting this heroic world record, DC Comics fans must dress from head-to-toe as an instantly recognized Super Hero that has been featured in a DC Comics published book, television program or film. The DC Comics Super Hero universe includes Batman, Superman, Wonder Woman, The Flash, Green Lantern, Batgirl, Supergirl, Aquaman, Cyborg, Robin, Green Arrow, and many more. Both homemade costumes as well as official costumes from licensees and official event retail partners will be considered as long as they are a full representation of the Super Hero and are as close to the original DC Comics’ Super Hero’s costume as possible.

The world record will be set once fans gather in the assigned area at each local event and stay there for a full five minutes to be counted towards the record. WBCP will be working closely with retail and licensing partners in each market to offer exclusive merchandise, promotional support and more, to bring fans this exciting global event in each participating city.

Leading up to the one-day event, WBCP and DCE, together with local sponsors and organizers, will present DC Comics’ most ardent fans with the opportunity to demonstrate their fandom by entering into various photo contests and sweepstakes, including the “Best Super Hero Post” photo contest and the “Best Super Hero Photo Bomb” contest. DC Comics enthusiasts will also be able to compare and preview their costumes with a “Costume Preview Polling” contest presented by event organizers on social media. Follow #DCWorldRecord on Facebook and Twitter for more information on the contests.