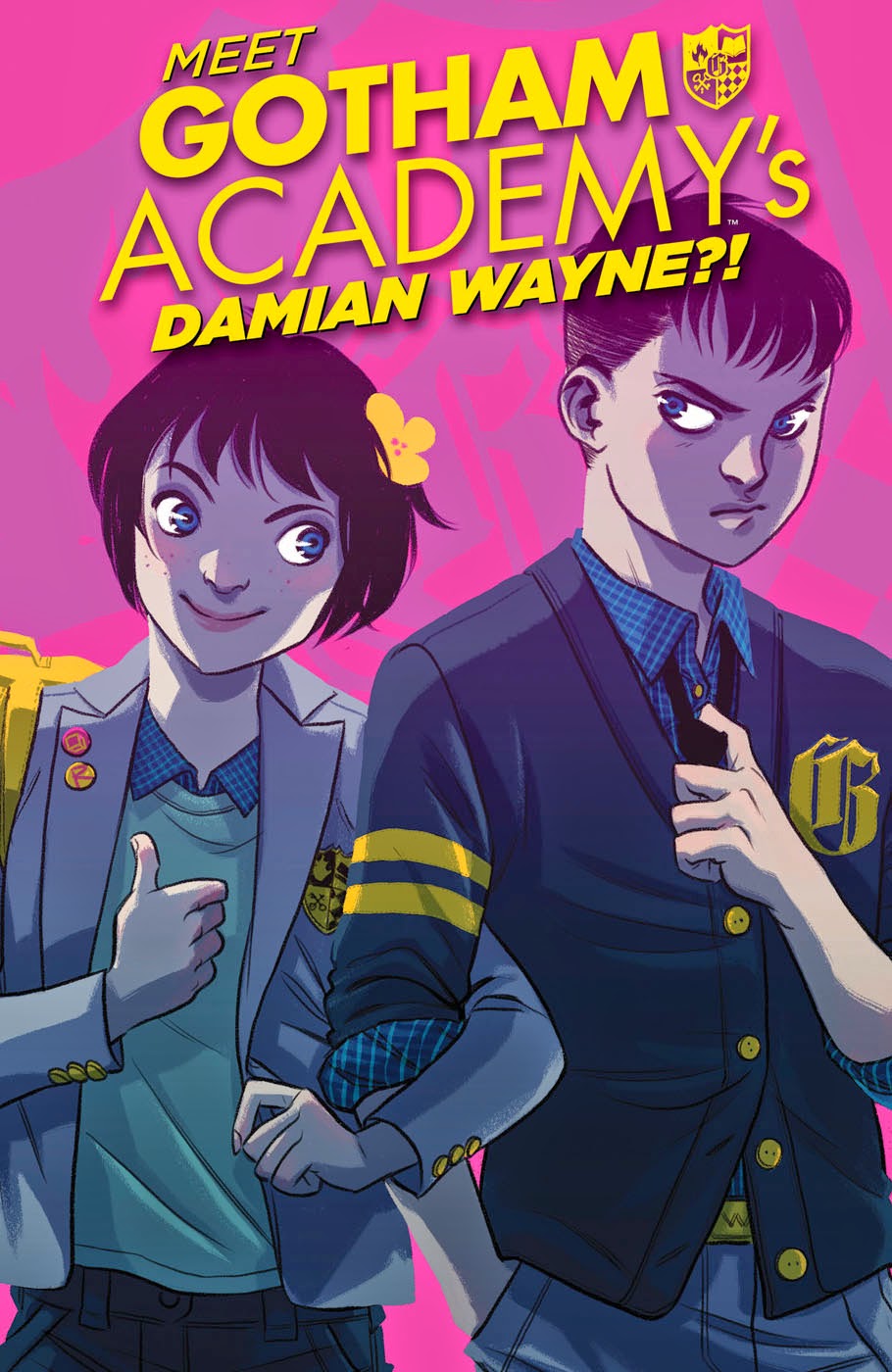 Today, DC has announced the lineup of the third week of eight-page stories, and the “Convergence” issues where they’ll appear. Each will debut on May 20th. Here’s the information, direct from DC, along with short descriptions of each story.  Here are some from this third week that may be of interest to TBU fans.

CONVERGENCE: BATMAN AND THE OUTSIDERS #2 features a bonus BATMAN BEYOND story written by Dan Jurgens and illustrated by Bernard Chang.
Tim Drake, in the Batman Beyond suit, has been thrown 35 years into the future. This new world he’s exploring is a mix of the animated series world and the legendary Great Disaster world. Brother Eye will be the villain of the first arc, defeated at the end. The second arc will feature the return of the Justice League Beyond, and more bizarreness from the Great Disaster world.

CONVERGENCE: THE FLASH #2 features a bonus NEW SUICIDE SQUAD story written by Sean Ryan and illustrated by Philippe Briones.
On a mission in Ukraine, where the team fights Russian Red robots. In the DCU, yes, there is Russian military in Ukraine, imagine that!

CONVERGENCE: HAWKMAN #2 features a bonus GRAYSON story written by Tom King and Tim Seeley and illustrated by Mikel Janin.
Dick and Spyral join the mile-high club as they attempt to save a young boy from an airplane mid-flight.

CONVERGENCE: JUSTICE LEAGUE AMERICA #2 features a bonus BATMAN/SUPERMAN story written by Greg Pak and illustrated by Ardian Syaf.
On the trail of Cyber-Tek Warriors, a de-powered Superman meets Batman, and they fight, but an unexpected savior comes to the rescue.

CONVERGENCE: NEW TEEN TITANS #2 features a bonus WE ARE…ROBIN story written by Lee Bermejo and illustrated by Rob Haynes.
A new team of teens coordinate to take down a weapons shipment at the docks and spread the word that there’s a new “Robin” in town.

CONVERGENCE: SUPERBOY AND THE LEGION OF SUPER-HEROES #2 features a bonus TEEN TITANS story written by Will Pfeifer and illustrated by Kenneth Rocafort.
The Titans and Superboy on the run from Wonder Girl and Power Girl’s new super team.

CONVERGENCE: SWAMP THING #2 features a bonus CATWOMAN story written by Genevieve Valentine and illustrated by David Messina.
Selina attends a part with a guest list of some of Gotham’s most power-hungry crime bosses!

CONVERGENCE: WONDER WOMAN #2 features a bonus SECRET SIX story written by Gail Simone and illustrated by Ken Lashley and Dale Eaglesham.
Six outcasts (or seven, if you count the murderous puppet) are thrown together and forced to carry out deadly missions by an anonymous force that hates their guts. They’ll have to learn how to become a team pretty quickly, as survival is not guaranteed!