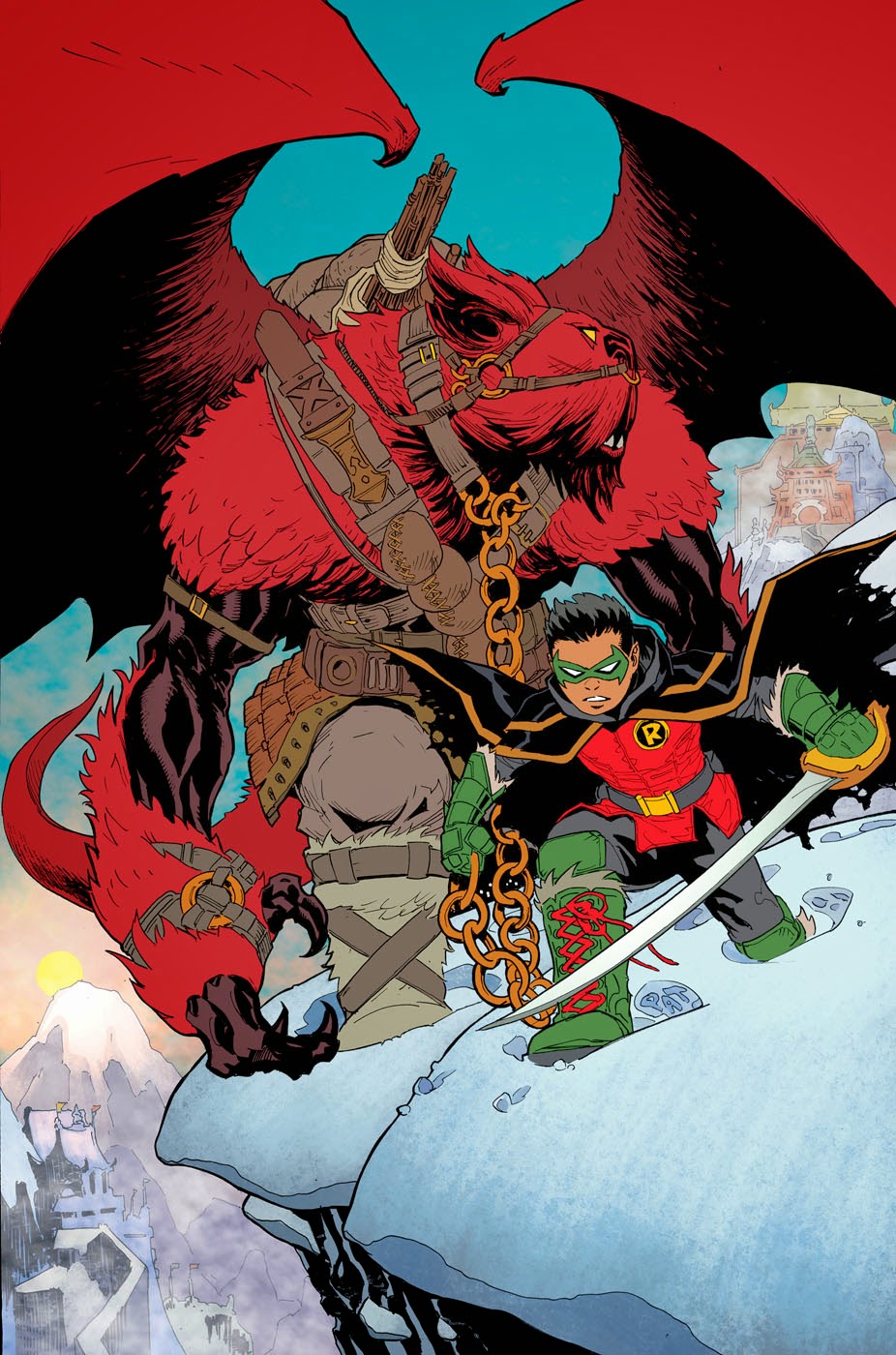 Today, DC has announced the lineup of the fourth week of eight-page stories, and the “Convergence” issues where they’ll appear. Each will debut on May 27th. Here’s the information, direct from DC, along with short descriptions of each story.  Here are some from this fourth week that may be of interest to TBU fans.

CONVERGENCE: INFINITY INC. #2 features a bonus BATGIRL story written by Cameron Stewart and Brenden Fletcher and illustrated by Babs Tarr.
As she struggles to evacuate hostages from a video-game inspired death trap, Barbara Gordon shows how her mind is superior to any software!

CONVERGENCE: BOOSTER GOLD #2 features a bonus EARTH 2: SOCIETY story written by Daniel H. Wilson and illustrated by Jorge Jimenez.
The heroes of this new Earth battle over a mysterious device that could remake their old world or destroy the new one.

CONVERGENCE: BLUE BEETLE #2 features a bonus BLACK CANARY story written by Brenden Fletcher and illustrated by Annie Wu.
Dinah’s made enemies from the second she stepped onto the scene as frontwoman of Black Canary — and now she’s got to fight her way past an enormous Black Metal adversary to get to the next show!

CONVERGENCE: PLASTIC MAN AND THE FREEDOM FIGHTERS #2 features a bonus HARLEY QUINN story written by Amanda Conner and Jimmy Palmiotti and illustrated by Chad Hardin.
It’s orientation day for Harley’s new team of amazing assistants, the Gang of Harleys — and that means it’s time to hand out code names! Readers with severe pun allergies are advised to put this comic book down now, before it’s too late.

CONVERGENCE: WORLD’S FINEST COMICS #2 features a bonus ROBIN, SON OF BATMAN story written by Patrick Gleason and illustrated by Patrick Gleason and Mick Gray.
Damian’s quest to atone for the Year of Blood takes him to a remote mountain village, but danger awaits him and his unwilling companion Goliath!  And someone connected to Damian’s dangerous past may be closing in on him.