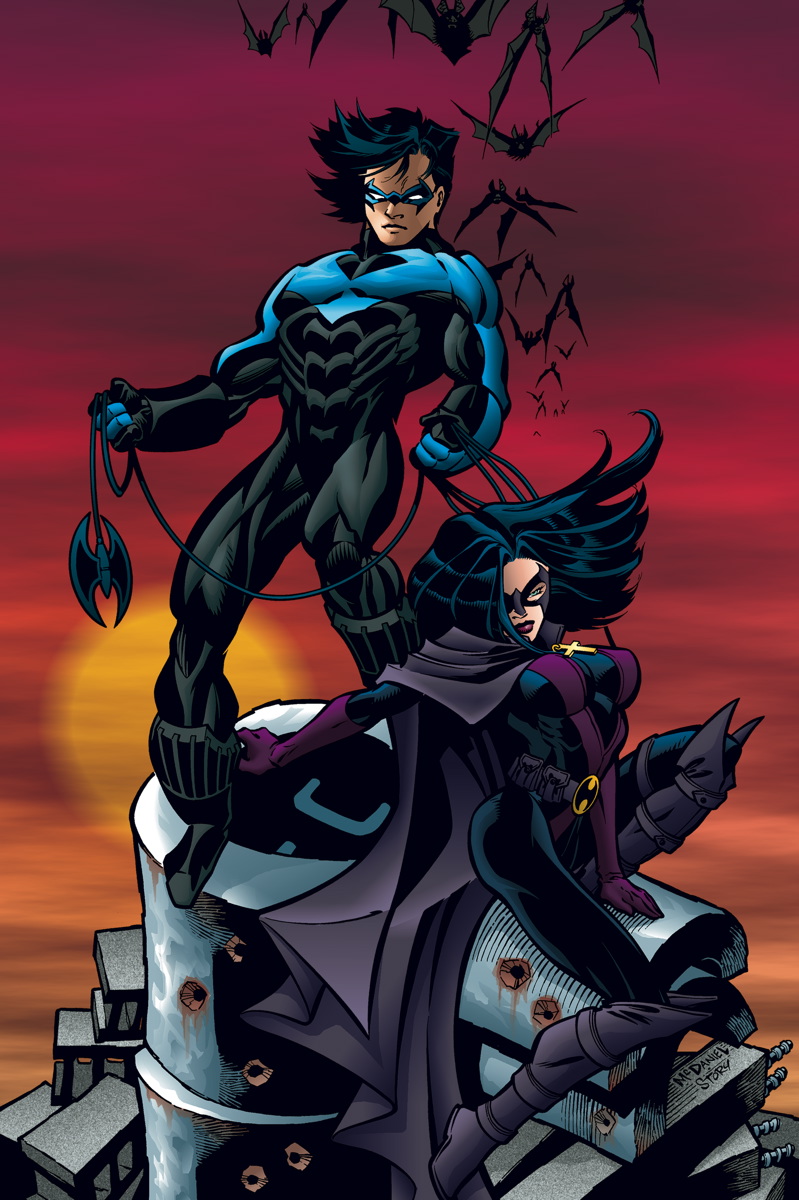 DC Comics has released some advanced solicitations for Batman-related graphic novels and trade releases that will be available throughout the months of March, April and May 2016.  Several of these are for collected editions of current and former ongoing titles (Gotham By Midnight Vol 2 TP, Injustice Year Three Vol 2 TP, Batman ’66 Vol 5 HC) as well as other collected editions that predate the current main DC line (Batman Adventures Vol 4 TP, Nightwing Vol 4 TP from Chuck Dixon’s Nightwing series, Secret Six Vol 3 TP from Gail Simone’s 2008 run on the title, Suicide Squad Vol 3 TP from John Ostrander’s time on the title).

Other noteworthy titles for TBU fans include a large collection of Jim Lee’s artwork which spans his entire career with Wildstorm and DC that will almost certainly include some of his work from various Batman titles in Graphic Ink: The DC Comics Art of Jim Lee HC for $39.99.  We’ll also see a trade paperback of never-before-collected Batman Elseworld stories including Batman: Holy Terror, Batman: Dark Allegiances, Batman: Dark Joker – The Wild, Batman: In Darkest Knight, and Robin #3000.  Also included in these solicitations is a trade paperback version of the DC/Dark Horse crossover that brought Aliens into the DC universe to square off against the Dark Knight and wreak havoc in Arkham Asylum.

See the full list of these advanced solicitations below.

GRAPHIC INK: THE DC COMICS ART OF JIM LEE HC
Written by various
Art by JIM LEE, SCOTT WILLIAMS and others
Cover by JIM LEE and SCOTT WILLIAMS
On sale MAY 25 • 416 pg, FC, 7.0625” x 10.875”,  $39.99 US
This new, oversized art book captures some of Jim Lee’s most dynamic artwork from his decades in the comic industry. From his early work with WildStorm Productions to his recent turns drawing the greatest heroes in the DC Universe, GRAPHIC INK collects more than hundreds of pages of cover art as well as little-seen short stories from throughout this artist’s career. See why Jim Lee is considered the greatest comics artist of his generation with this extraordinary collection!

BATMAN ‘66 VOL. 5 HC
Written by JEFF PARKER, RAY FAWKES and GABRIEL SORIA
Art by TY TEMPLETON, JON BOGDANOVE, BRENT SCHOONOVER and others
Cover by MICHAEL ALLRED
On sale MAY 11 • 184 pg, FC, $24.99 US
In these tales from issues #23-30, when False Face goes looking for a shape-shifting formula, he ends up creating Clayface! Then, it’s a bewitching evening as Marsha, Queen of Diamonds, crashes a gala of Gotham City’s elite. Plus, the Scarecrow and The Harlequin are introduced, and Batman grapples with Bane.

DC COMICS/DARK HORSE: ALIENS TP
Written by RON MAR and IAN EDGINTON
Art by BERNIE WRIGHTSON, STAZ JOHNSON, JAMES HODGKINS, CHRIS SPROUSE and KEVIN NOWLAN
Cover by STAZ JOHNSON and JAMES HODGKINS
On sale APRIL 27 • 400 pg, FC • $24.99 US
The stories that brought the dread Aliens into the DC Universe are collected in this new title! First, Batman follows the trail from his home turf to the Amazon jungle to discover the horror of the Aliens—but how can even the Dark Knight stop them? Then, an Alien is discovered in a Gotham City construction site—and it’s going to wreak havoc on Arkham Asylum! Plus, the 1998 tale that pitted the WildC.A.T.s against the might of the Aliens is back. Can even the WildC.A.T.s survive a battle with the Aliens—when StormWatch has already fallen?

GOTHAM BY MIDNIGHT VOL. 2: REST IN PEACE TP
Written by RAY FAWKES
Art by JUAN FERREYRA
Cover by BILL SIENKIEWICZ
On sale APRIL 6 • 208 pg, FC, $14.99 US
As the Midnight Shift is interrogated by Internal Affairs, Dr. Tarr makes a discovery that might change everything for Corrigan and The Spectre. But will it be too late? Collects GOTHAM BY MIDNIGHT #6-12, ANNUAL #1 and the Sneak Peek story from CONVERGENCE: CATWOMAN #2.

INJUSTICE: GODS AMONG US YEAR THREE VOL. 2 TP
Written by TOM TAYLOR and BRIAN BUCCELLATO
Art by MIKE S. MILLER, BRUNO REDONDO and others
Cover by AARON LOPRESTI
On sale APRIL 27 • 160 pg, FC, $16.99 US
In these tales from issues #8-12 and ANNUAL #1, Batman must ask for help against Superman from the one person he would never trust: John Constantine! But will even the might of the dark mage’s power be enough against the forces that stand against them?

NIGHTWING VOL. 4: LOVE AND BULLETS TP
Written by CHUCK DIXON
Art and cover by SCOTT McDANIEL and KARL STORY
On sale APRIL 20 • 304 pg, FC, $19.99 US
In these action-packed tales from issues #26-34, #1,000,000 and a story from NIGHTWING SECRET FILES #1, Nightwing is joined by the Huntress, his former love interest, to put an end to Blüdhaven’s mob boss, Blockbuster, and his cartel that’s destroying the city from within. And the amateur crimefighter called Nite-Wing makes life difficult for the real Nightwing.

SECRET SIX VOL. 4: CAUTION TO THE WIND TP
Written by GAIL SIMONE
Art by J. CALAFIORE and R.B. SILVA
Cover by DANIEL LUVISI
On sale APRIL 20 • 320 pg, FC, $19.99 US
In the “Reptile Brain” arc, the Secret Six are enlisted to prevent an imposing group of their counterparts from conquering an extra-dimensional jungle and unleashing nuclear armageddon on the U.S. This new title collects SECRET SIX #25-36, ACTION COMICS #897 and DOOM PATROL #19.

SUICIDE SQUAD VOL. 3: ROGUES TP
Written by JOHN OSTRANDER
Art by LUKE McDONNELL, GRAHAM NOLAN, KEITH GIFFEN and others
Cover by KARL KESEL
On sale APRIL 6 • 280 pg, FC, $19.99 US
The Suicide Squad is back in stories from issues #17-25 and ANNUAL #1! First, the team stumbles into the Meta-Zone, where they encounter Shade, the Changing Man. Then, the Jihad is back—and there are scores to settle! And Captain Boomerang is about to pay for masquerading as Mirror Master!