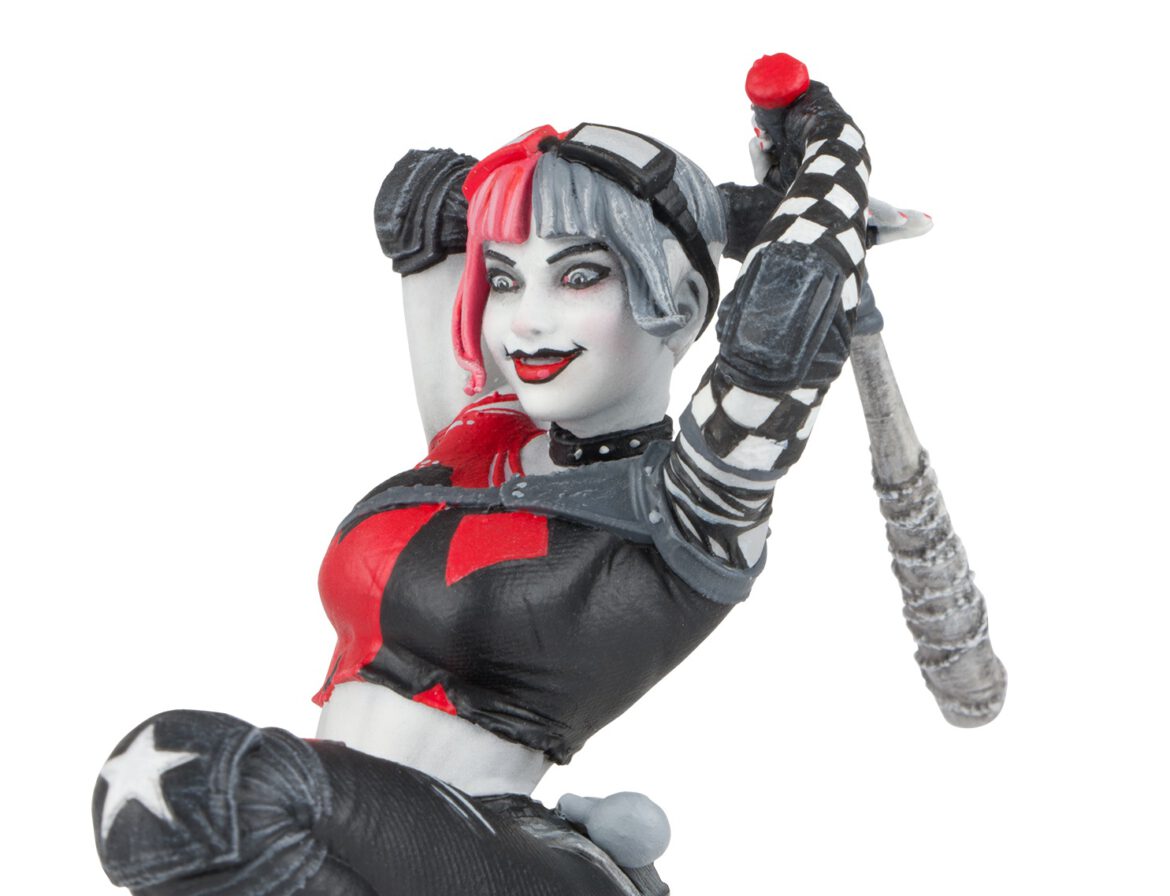 The final new offering from DC Direct comes in the form of a new Harley Quinn: Red, White, and Black statue based on the art from Derrick Chew. The new statue, which was not previously announced in the past, stands just under eight inches tall and features Harley in a pose, ready to attack. It is priced at $129.99 and is expected to ship in late 2022. You can preorder the statue at Amazon or Entertainment Earth. 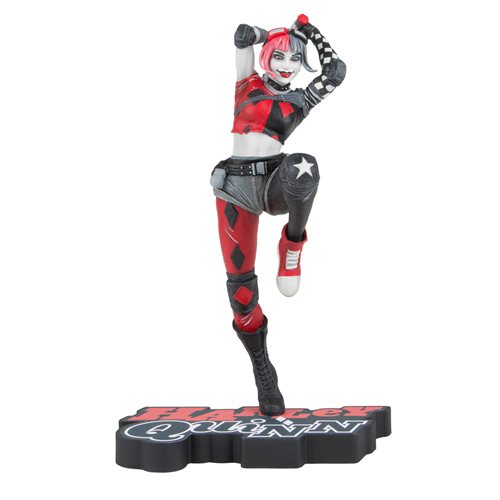 Following the events of Death Metal, our favorite characters have to confront dramatic new oppressive regimes trying to eradicate masked heroes and vigilantes. Always a source of individuality and freedom in her own chaotic way, Harley Quinn is not one for conformity. Standing approximately 7.75″ tall, this statue is based on the cover ‘Future State Harley Quinn #1’ by Derrick Chew, depicting Harley in her new Future State outfit bashing in robots belonging to the Magistrate.

Product Features: Highly detailed statue stands approximately 7.75” tall. Made of polyresin. The statue is based on the art of Derrick Chew. Packaged in a 4-color closed box. Collect all McFarlane Toys DC Direct Figures and Statues.