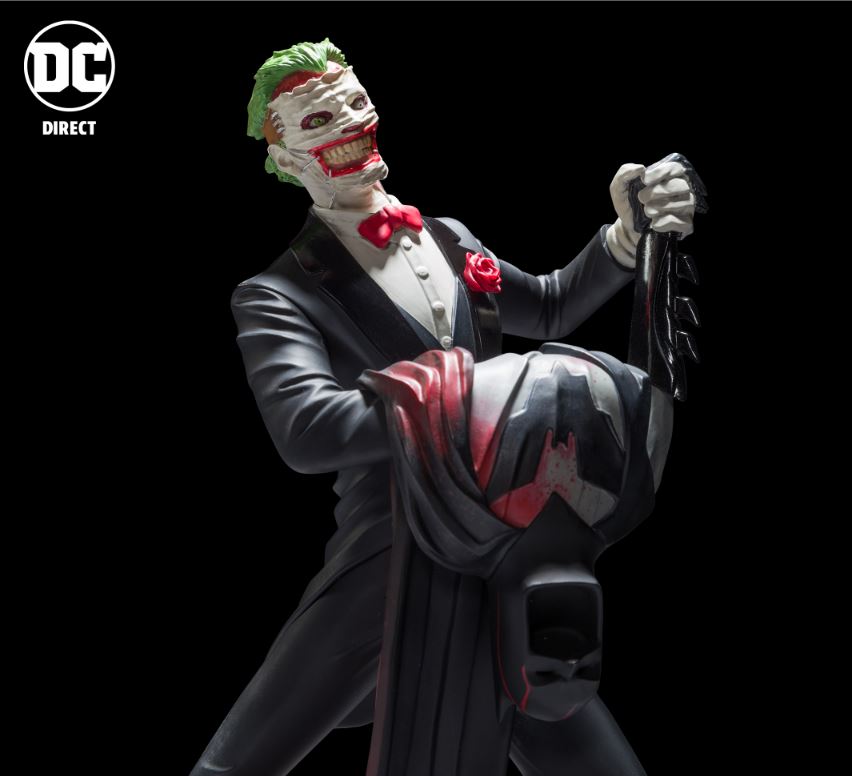 McFarlane Toys has revealed a new DC Direct statue featuring Joker based on the art of Greg Capullo. The statue is inspired by the cover of Batman #17 during the Death of the Family storyline. The new release comes in a one-eighth scale and measures over nine inches tall. It is priced at $169.99 and is expected to ship in December 2022. You can preorder the statue at Entertainment Earth or Amazon.

Standing approximately 9.5 inches, this statue depicts the beautifully drawn cover of “Death of the Family #17″ by Greg Capullo, where Joker is dancing in the rain with a bloody Bat Cowl.

Product Features: Highly detailed statue stands approximately 9” tall. Made of polyresin. The statue is based on artwork by Greg Capullo. Packaged in a 4-color closed box. Collect all McFarlane Toys DC Direct Figures and Statues. 1:8th Scale Statue. Hand-numbered on the base. Limited Edition.