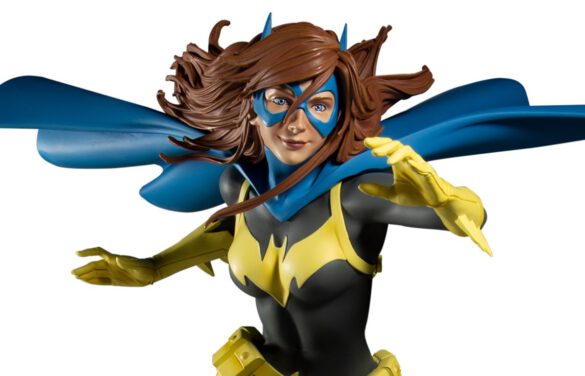 McFarlane Toys has revealed a new DC Direct statue featuring the Barbara Gordon version of Batgirl, based on the art of Joshua Middleton. The one-sixth-scale statue measures about twelve inches tall and features Batgirl jumping into action. It is priced at $249.99 and is expected to ship in January 2023. You can preorder the statue at Entertainment Earth or Amazon now.

Known for his beautiful designs of female characters and his popular comic covers, Joshua Middleton’s take on this 1:6 scale Batgirl statue shows Barbara Gordon in her latest costume design. Her youthful features and dynamic action pose perfectly capture the personality of this beloved character.

Product Features: Highly detailed statue stands approximately 12” tall. Made of polyresin. The statue is based on artwork by Josh Middleton. Packaged in a 4-color closed box. Collect all McFarlane Toys DC Direct Figures and Statues. 1:6th Scale Statue. Hand-numbered on the base. Limited Edition.