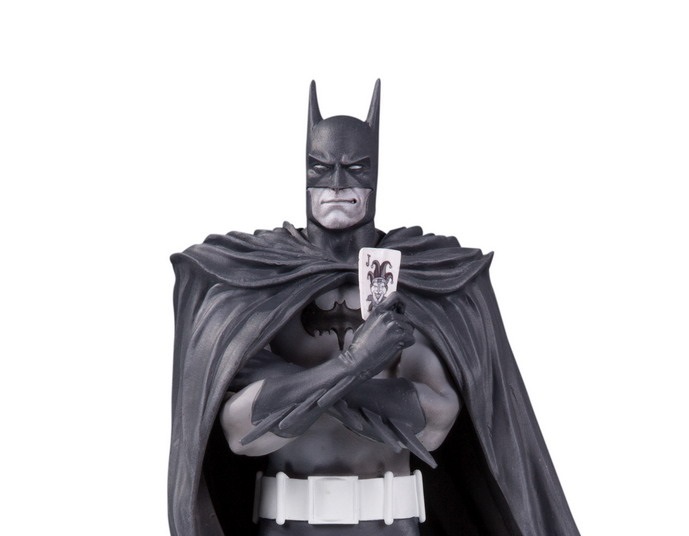 DC Collectibles has been a division within Warner Bros. for quite some time. But before they went by the name DC Collectibles, they used to go by DC Direct. Ahead of the New York Toy Fair, DC Collectibles has announced that they are rebranding back to their old moniker of DC Direct effective immediately. That isn’t the only news to come out of the convention as a number of new items have been revealed which will be solicited in the coming months.

First, a new statue line called The Joker Clown Prince of Crime has been announced. This line will feature iconic Joker interpretations from some of the industry’s top talent.

Next, the DC Artist Alley Designer figures will be getting a revamp. Rather than focusing on a group of figures by the same artist, going forward it seems that the goal will be to offer premium figures by a larger variety of artists.

There were also a number of new additions to the Batman: Black and White statue line announced.

Next up, we move over to The Adventures Continue line featuring characters stylized like Batman: The Animated Series. In addition to the three pictured below, Talon and a metallic variant for the Christmas with the Joker figure were announced without pictures being made available.

Finally, there were a few new additions to existing lines that were announced as well. Deadshot was revealed for the Batman Rogues Gallery Multi-Part Statue. A DCeased Batman statue was announced but not shown. J. Scott Campbell gets a Harley Quinn Red, White and Black statue. And there was a holiday variant revealed for Poison Ivy from the DC Bombshells statue line.