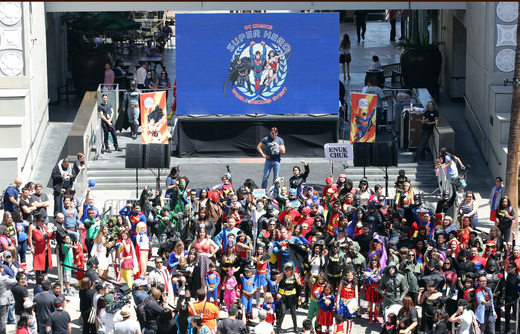 Warner Bros. has sent over some details for the Guinness World Record Event that occurred yesterday around the world. The event was a success and a new record has been set. Below you will find some photos from around the world showcasing the fans. Be sure to see how many Batmans you see!

“Thanks to all the fans of DC Comics Super Heroes around the world who joined us to set a world record—a record that celebrates the power and appeal of these iconic characters,” said Brad Globe, President of Warner Bros. Consumer Products.

Fans are highlighting their participation in the heroic event using #DCWorldRecord on Facebook and Twitter. The official Guinness World Record count will be available in the coming days.

Geoff Johns Steps Down at DC Entertainment to...