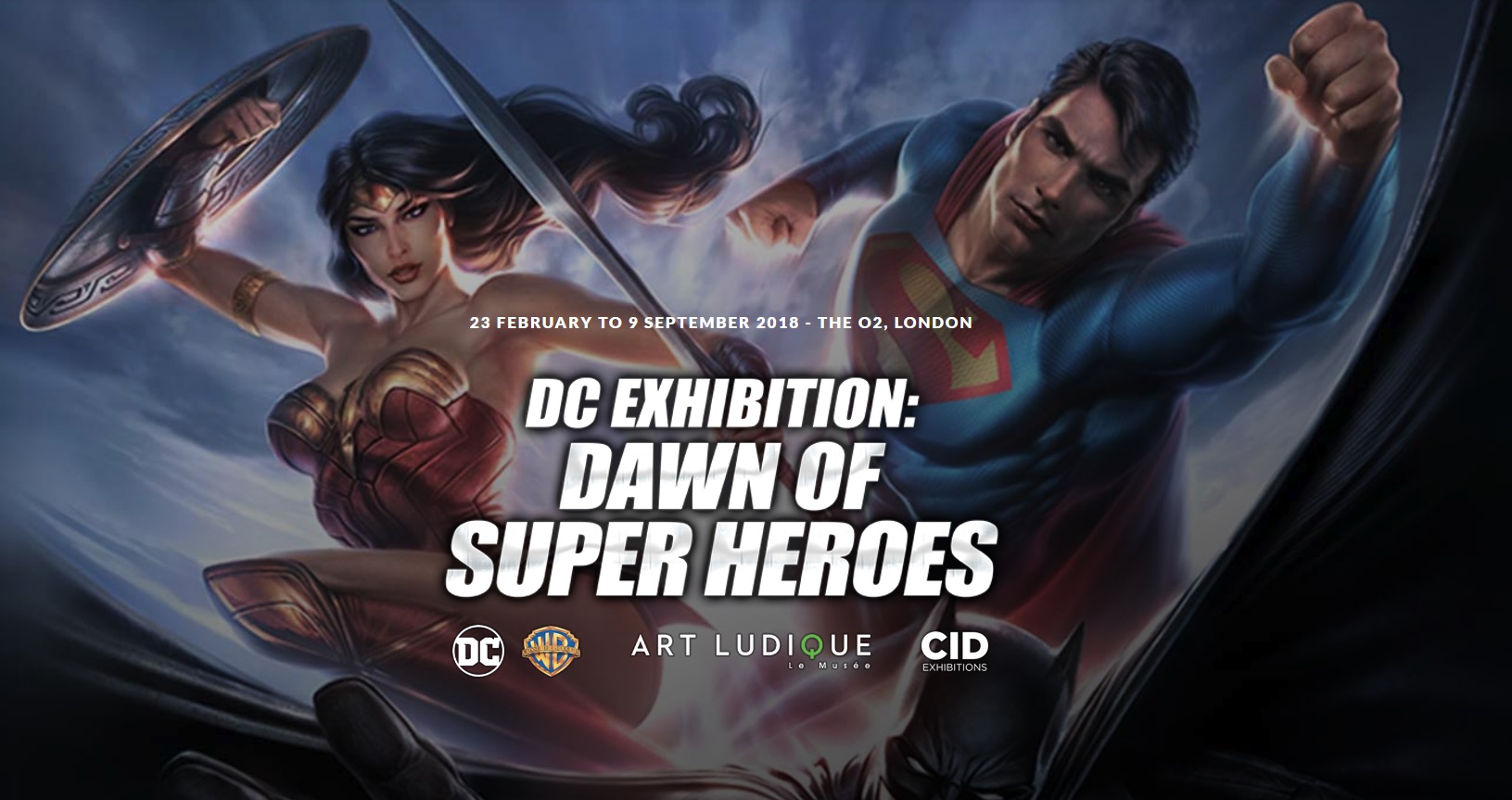 In the world of comics, sometimes the stories behind what we see on page, or even on the big screen, are just as interesting as the finished product. With that in mind, there is a new exhibit in Europe that celebrates these very stories. DC Exhibition: Dawn of Super Heroes is a collection of sketches, comic book pages, movie props, and costumes from some of the most celebrated titles and movies in the greater DC Universe. Having finished up a successful showing in Paris, the exhibition is moving to London where it will open of February 23 at the O2. The show is set up so visitors start at the dawn of DC Comics and their iconic heroes such as Batman, Wonder Woman, and Superman and as they move through gallery they’ll watch these heroes grow and evolve into the ones we know and love today.

Fans can look forward to seeing two hundred comic pages and three hundred sketches along with forty-five props and costumes from movies and TV such as Wonder Woman (movie and 70’s show), Superman, Tim Burton and Joel Schumacher’s Batman films, the Nolan Dark Knight trilogy, and the current run of DCEU movies such as Man of Steel, Batman v Superman, and Justice League. No mention of 60’s Batman, but one can hope.

Tickets for the show go on sale February 2nd and can be purchased here. Let us know if you go! Interested in something like this making it’s way to the States?