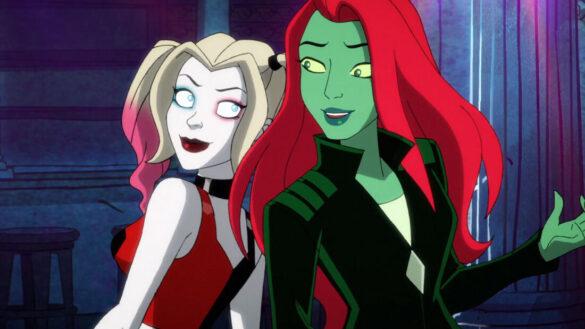 DC FanDome included a bunch of news related to every aspect of media and that includes television. The catch of all the news from the event is that some news took up more space and were bigger reveals than others. So rather than talking about the first look at Batwheels that was presented, Young Justice getting a surprise premiere, or the first details for Batman: Caped Crusader being discussed, we are here to bring some of the smaller updates for the huge range of other shows featuring the Batman Universe.

First up, Batwoman showcased a new trailer for the new season of the series with a focus on Batwoman and Alice’s connection (as seen above). The trailer was themed like a buddy cop comedy, so it is up to viewers of the show whether or not that is what they are looking for. There was also a feature (as seen below) for Batwing with star Camrus Johnson discussing everything about the character. New episodes of Batwoman premiere on the CW on Wednesdays, with season three already underway.

The next announcement came for Pennyworth. The Epix-exclusive show will be shifting over to HBO Max for its third season. The last season was split into two parts given filming was happening during the pandemic with the first group of episodes airing in late 2020 and the remaining episodes coming in early 2021. All of the previous episodes of the series will land on HBO Max in early 2022 with the cast promising that the new season will premiere later in 2022. You can see the announcement below along with some hints for the new season including a five-year time jump.

Next, Harley Quinn was not forgotten as the animated series is currently in production. Due to the series being animated, there is not a whole lot to show for the series since it is still being worked on. The show was renewed for a third season when it was announced that the series was coming to HBO Max in 2020. The catch was that the first two seasons were produced back to back for DC Universe and the producers had no renewal order at the time the second season wrapped. Animation takes time and due to that, the third season will likely release two years after the series was renewed. The quick promo revealed that the series is in fact coming sometime in 2022.

And while that is all for the Batman Universe television news from DC FanDome, there was tons of other television news. The mainstays on the CW were all featured. The Sandman had its own reveal. Naomi received its own first look and Doom Patrol and the upcoming Peacemaker on HBO Max all were focused on as well. Needless to say, while the film universe is growing, there will still be plenty of television series featuring the Batman Universe and the DC Universe for a while.