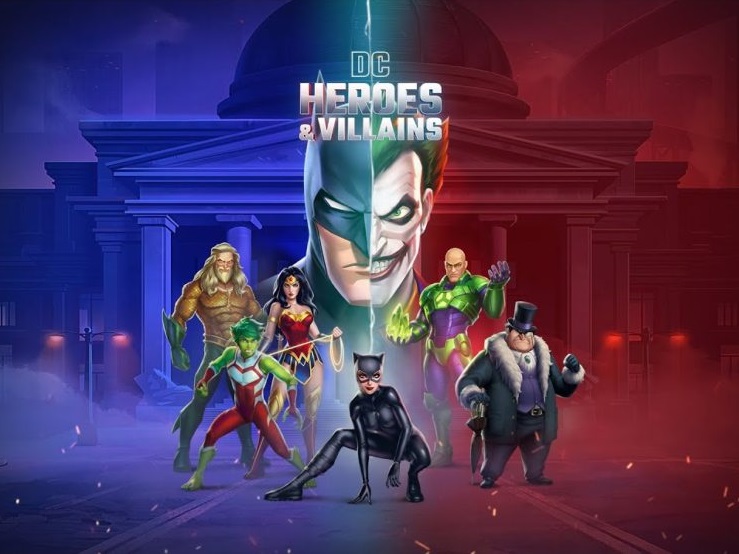 If you feel like there was a lot of news at DC FanDome, you are not alone. Mixed along with the major reveals and big announcements, were a few things that almost went unnoticed. One of these things was that there were two video games announced at DC FanDome featuring not only the DC Universe but also members of the Batman Universe. Not Gotham Knights or Suicide Squad: Kill the Justice League, but DC Heroes & Villains and DC League of Super-Pets: The Adventures of Krypto and Ace.

The first game, DC League of Super-Pets: The Adventures of Krypto and Ace, was briefly mentioned after a teaser was shown for the upcoming DC League of Super-Pets animated film. That film is set to arrive in theaters next May and the teaser promised that the full trailer is coming next month. After the teaser, a trailer for the upcoming game was shown from Outright Games. The developer has previously worked on other children’s franchises including Paw Patrol, Peppa Pig, and The Addams Family.

With the new game, players will be able to play as either Krypto or Ace in what looks like to be a normal rail-action game. The brief trailer states that the game will be available on PlayStation 4, Xbox One, Xbox Series X, Nintendo Switch, and PC. It also dates the game for a Spring 2022 release.

The other game is DC Heroes & Villains from Ludia. Best known for their work on Jurassic World: The Game, Ludia brings the DC Universe to a new puzzle role-playing game. The game showcases various Batman Universe characters including Batman, Joker, and Harley Quinn alongside various members of the DC Universe. You can pre-register for the game on either IOS or Android.

So with all of the video game news that came out of DC FanDome, what are you most excited for? Is it the major titles or is it one of these smaller titles?